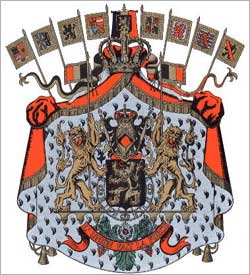 Inspectors from the Office of the Director-General for Regulation and Organisation of the Market, fanning out across the countryside; shopkeepers phoning in tips to denounce competitors; long lines of customers who have waited six months for the chance to buy their favourite products. No, these are not scenes from communist China but from the headquarters of the free-markets preaching European Union - Belgium.

In the six years I lived in China, comparisons with India were almost unavoidable and the conclusions unsurprising. In short: China's infrastructure rocked, while India's lagged. To compare China to Europe, however, did not really occur to me, until one cloudy morning my family, two cats and I arrived in Brussels to take up residence.

During the time I spent in China, an assorted cast of leaders from the western world made it a habit of visiting Beijing to lecture the Chinese on the continuing lacuna in their economic reforms. With the Communist Party of China still firmly in power, the generally accepted conclusion was that despite cosmetic appearances to the contrary, in reality, it was the heavy hand of the state rather than the light touch of the market that guided the Chinese economy. It was on these grounds that the European Union refused to grant China market-economy status.

Having moved to the heart of Europe, I was, therefore, understandably eager to experience for myself the wonders of living in what I assumed must be a genuine market economy. It took a few months to realise that, in fact, the world had its labelling all muddled up. The reality was that I had not left communist China for capitalist Europe but rather capitalist China for socialist Europe.

It was in Belgium, the country that was one-time home to the father of communism Karl Marx, that the Marxist adage, 'from each according to his ability, to each according to his need' seemed to have found full realisation. While in 'communist', China migrant labourers toiled seven days a week, often late into the night for meagre pay, in Belgium even those who chose not to toil at all collected a tidy unemployment benefit from the state.

Wallonia, the southern, French-speaking part of Belgium suffered decades-long chronic unemployment with as much as 12 per cent and more of its population without jobs. Yet Belgium also seemed to have a chronic labour shortage.

An Indian friend who works in Antwerp recounted the mysterious disappearance of soup from his company's cafeteria menu for two months every July and August. He later discovered the man who made the soup went on annual vacation for these two months and the company found it impossible to find a replacement.

Indeed most Bruxellois spend a considerable portion of their lives finding the labour to fix their leaking faucets and set up their internet connections. It was a French friend who explained this anomaly of a country that suffers simultaneously from a serious labour shortage and a severe unemployment problem.

In 'communist' China, strikes were illegal. In Europe, on the other hand, it is trade union raj. Barely a day goes by without the EU institution buildings being besieged by striking workers. Everyone wants quotas - from milk-producer unions to fishermen and taxi drivers. In France, the number of taxi licenses that the state grants per year has remained unchanged since 1937, thanks to pressure from the union.

But perhaps nothing exemplifies European socialism more than the maze of regulations governing the retail trade in Belgium. It took a panel of five young government officials from the Directorate for Regulation and Organisation of the Market, armed with pages of notes, to explain the main highlights of these to me.

This is what I learnt: In Belgium, shops can only legally go on 'sale' twice a year, in January and July. It is only during these periods that shops may sell goods at below cost or 'extremely reduced' profit. For six weeks before the sales period, shops may not advertise price reductions.

Although offering discounts (as long as these do not amount to a loss) is legal at other times of the year, for a month before the biannual sales, textiles, shoes and leather products may not be discounted at all. Moreover, the sales are reserved for the 'seasonal renewal' of stock, so products deemed non-seasonal may not be included in the sale. Sofas, for example, are considered seasonal but antiques are not.

To implement all of this, two hundred-odd inspectors from the Directorate wander around the country inspecting and many complaints regarding non-compliance are also phoned in.

The rationale behind this mountain of red tape is the protection of small and medium enterprises which it is believed would go bankrupt if big retail were to be allowed to dump in an unrestrained manner.

But the officials admit that the sales are, in fact, the most profitable time of year for SMEs. Rather than lose money as a result of selling off stock at prices that are below cost, the sales have been found to unleash a consumer frenzy that sets their cash registers ringing.

But decades of zealous regulation are drawing to a partial close, thanks to the diktats of the supra-national European Union. In April this year, the European Court of Justice ruled that the Belgian prohibition on combined offers was incompatible with European Directive and must be changed.

"Now because of the EU we must allow this," sighs one young bureaucrat. But she collects herself quickly and briskly moves on to detailing the next regulation pertaining to the operation on public phone booths and cyber cafes. "We are quite strict about their opening hours. They must shut at 8:00 pm," she says. The reason, she explains, is to protect "public tranquility" from late-night web surfers.

Belgium's regulation dragnet is obviously rather large. But there are some products that nonetheless manage to escape it. "And how do you regulate the sale of alcohol," I ask. A puzzled frown spreads on the brow of the officials seated before me. "But why would we do that?" asks one in bewilderment.