At least 70 per cent of security breaches occur because of poorly written code with zero thought for security, says S S Kumar. 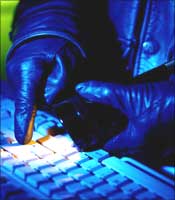 This is because of the misconstrued notion that cyber attacks are successful mainly because of the weakness of the networks used. You strengthen the network with firewalls and everything will be safe. Nothing could be far from truth.

The fact often missed is that weak networks account for only up to 20-30 per cent of cyber security breaches. The other 70 per cent (some even estimate this to be up to 90 per cent) of the security breaches occur because of poorly written code with zero thought for security.

The sad part is that in India very few have been professionally trained to write secure code that can withstand a hacker's break-in attempts. It is only now that a beginning is being made.

A counter strategy to cyber attacks can be implemented in three ways:

Smarter organisations have started using CheckMarx to explore the security quality of their incremental code written the previous day by letting Checkmarx run overnight or early morning next day to ensure a uniformly high quality of code from the security angle.

Since cyber attacks are recent in nature, it offers a ready opportunity for IITs/NIITs to start teaching students on how to write secure code, so that when they graduate they are industry ready.

Considering the fact that banks in India have already lost nearly Rs 7 crore (Rs 70 million), thanks to on line frauds, it is a nascent area requiring large scale expertise, which is simply not available on date.

Such institutes may want to look at a tool like TeamProfessor/e Learning, for starters.

Searching for a job online? Beware of hackers

Tips on how to keep cyber attacks at bay