China should realise that the colour of the WTO rules matters in its pursuit of mice, writes D Ravi Kanth.

It doesn't matter whether the cat is black or white, so long as it catches mice," said Deng Xiaoping as he presided over the Middle Kingdom's plunge into market-led economic policies. In little over three decades starting from 1978, he transformed China into the 'workshop of the world'. 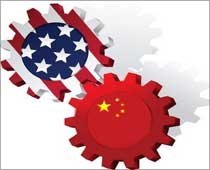 While the Communist party and its members controlled the political and cultural affairs of the state, a host of liberal capitalistic practices dominated the economy. China joined the World Trade Organisation - the sanctum sanctorum for the liberal mercantilist trade order - in 2001 and agreed to a range of far-reaching market access concessions for goods and services.

It is a different story that while China kept opening its economy with exceptions, Chinese commercial companies were denied majority ownership in several western companies, starting with American company Unocal to Rio Tinto, the world's minerals giant.

Consequently, commercial tensions came to a head on many issues between China and other major western countries. Some of them even resulted in tit-for-tat actions and trade disputes.

Ironically, China is now learning that the liberal colour of the global trade rules matters for adapting to the international trading system - and it's learning this the hard way.

A WTO dispute-settlement panel last week conveyed this message: Beijing can't impose restrictions as it deems fit on foreign cultural goods. The panel passed its ruling in a dispute raised by the United States, the cultural mecca of Hollywood, over alleged trade restrictions imposed by Beijing on foreign publications, audio-visual music and films.

The curbs on foreign vendors operating in China for importing these cultural goods are illegal as China had agreed not to impose any barriers in its accession protocol, Washington petitioned.

The US has an abysmally poor track record in implementing the WTO rulings but it sought to capture the moral high ground through the latest verdict against China.

It is essential, said China, to protect public morals by having these controls. Otherwise, foreign cultural goods will have deleterious influences on its people at large. Therefore, China said, it chose to review the content of the imported cultural products given their harmful effect on societal and individual morals.

But the panel was unconvinced with the Chinese arguments. It solidly backed the American case saying Chinese measures were wrong as they violated China's obligation to grant 'trading rights' under its accession protocol. These rights when denied, will restrict the ability of both Chinese and foreign enterprises to freely import cultural goods and services into mainland China. It disagreed with China on the need to maintain Article XX restrictions due to other alternatives.

The writing on the wall is clear: China will have to follow the rules it had agreed when it chose to join the global trade body. Though China has already lost two trade disputes - one involving differential tariffs on domestic and foreign-imported auto products and another on the so-called counterfeit goods - the latest one on cultural goods and services is going to test Beijing's nerve in the coming days.

At a time when Beijing is coming under increasing pressure on its Internet and other regulatory policies, the US and other western countries are bound to turn the screws on China for adopting one set of rules for its export of cheap goods and another for restricting the import of foreign cultural goods. The China-bashing is not going to stop merely with trade and it is going to spread across to other areas as well.

Strangely, this development coincided with the Chinese foreign minister Yang Jiechi's visit to Geneva last week. He reiterated Beijing's "commitment to pursuing a win-win strategy of opening up," and said, "we will continue to engage in international economic cooperation and trade in accordance with the international trading rules." Surely, China should realise that the colour of the WTO rules matters in its pursuit of mice!