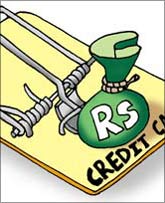 Two recent statutes which conferred powerful weapons in the hands of banks and financial institutions in the matter of non-performing assets seem to have ignored the interests of the borrowers.

The Supreme Court held in Indian Overseas Bank vs Ashok Saw Mills that the action taken by a secured creditor can not only be set aside but even the status quo ante can be restored by the debt recovery tribunal.

That was a blow to the fast-track procedure envisaged by the Securitisation and Reconstruction of Financial Assets and Enforcement of Security Interest Act 2002 (SARFAESI Act).

In the later batch of cases, Nahar Industrial Enterprises vs HSBC, the court declared that the Punjab and Haryana High Court could not have transferred a civil suit in Punjab related to recovery of dues to the debt recovery tribunal in Mumbai.

Both these judgments have gone against the secured creditors.

In the Nahar case, the borrower firm had disputes with the bank over payments and therefore moved the civil court in Ludhiana. The bank, on the other hand, moved the debt recovery tribunal in Mumbai.

The high court approved of the transfer. The appeal was against that order. Several other banks also moved the Supreme Court in similar situations.

The Supreme Court recognised the fact that a civil suit took a long time. But, indisputably, the remedy of summary and speedy trial by itself would not be sufficient to oust the jurisdiction of the civil court, the judgement said.

The Recovery of Debts due to Banks and Financial Institutions Act 1993 and the latter SARFAESI Act were passed in view of the considerable difficulties in recovering loans and enforcement of securities charged with them. However, hard cases could complicate the laws as they did in these two cases.

Under Section 17 of the Debt Recovery Act, the tribunals set up under the statute can entertain and decide applications from banks and financial institutions for recovery of debts.

However, no independent proceedings can be initiated by a debtor. He has no special forum to enforce his independent rights. He cannot move the tribunal. In this situation, the borrower has to move the civil court.

Moreover, the tribunal does not pass a decree. It can only issue a recovery certificate which has to be executed. It is to balance the rights of both parties that the Supreme Court has declared that civil courts will continue to have jurisdiction.

The confusion prevailing on this subject was evident from two recent judgements of the Supreme Court itself which took contrary views. Both of them were delivered by coordinate benches with an equal number of judges.

Though the present judgment was also delivered by a two-judge bench, it approved of the earlier decision in Indian Bank vs ABS Marine Products Ltd (2006). In that judgment, the court had held that a suit could not be transferred from a civil court to the debt recovery tribunal.

A different view was expressed by another bench, in State Bank of India vs Ranjan Chemicals Ltd (2006).

It is not necessary that the judgment should be that of a full bench or a Constitution bench. Later, in Sub-committee for Judicial Accountability vs Union of India (1992), it emphasised that "indeed, no coordinate bench of this court can even comment upon, let alone sit in judgment over the discretion exercised or judgment rendered in a matter before another coordinate bench."

In view of these categorical pronouncements, the Supreme Court stated in the latest case that the judges in the Ranjan Chemicals case could not have taken a view different from that held earlier in the Indian Bank case.

One of the problems not fully countenanced by the law-makers in drafting both the Acts is the protection to be given to borrowers' legitimate interests. The powers given to the secured creditors under the SARFAESI Act are drastic and this could be harsh on certain borrowers.

On the other hand, clever borrowers can put impediments and dodge their obligations by moving the civil courts. The two Acts have undergone few changes in the past years. The courts have to balance the interests of both parties till a satisfactory solution is worked out.