The biggest risk for financial markets

The prospect of the Chinese central bank tightening rates is the biggest risk for the financial markets, says Abheek Barua. 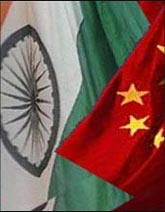 At HDFC Bank, we are in the process of putting together our forecasts for the financial markets for 2010. Our success in calling the markets this year can be described as patchy at best.

In a bid to salvage our reputation, we are trying to identify as many risks for the financial markets as we possibly can for the next year. These are things that we are likely to track very closely over the next year since any change in their trend could, we believe, lead to sharp swings in things like the Sensex and the rupee.

China tops our list of risk factors. It's played a key role in driving the current global 'recovery' and will continue to do so next year. It is important to recognise that China's influence is not confined to the Asia-Pacific region alone.

Europe, for instance, seems to be recovering much faster than most of us anticipated. The traction seems to have come, surprisingly, from exports despite a relatively strong euro. This strength has apparently come on the back of growing demand from China (and other Asian economies that ultimately depend on China).

Growth data for the United States also shows a significant contribution of exports with China buying a large chunk of these products.

There are a couple of problems with the China story. First, there are enough people fretting about both over-investment in China and 'bubbles' in markets like real estate. Chinese monetary authorities have expressed concern over this and there seems to be an attempt by banks to reduce loan disbursal in the current half of this year.

However, the central bank hasn't moved its policy levers yet. Thus the prospect of it actually tightening rates is the biggest risk for the financial markets going forward. A tweak in rates is unlikely to have an immediate impact on the economy, but its impact on market sentiment could be huge.

If, as is likely, the Peoples' Bank of China (PBOC) does hike its policy rates sometime in the first half of 2010, 'risky' assets ranging from agricultural commodities to emerging market stocks (including the Indian markets) will sell off.

There is another problem with China. In recent history, China's growth engine has been stoked by its exports to the G-7 economies. The only way it can sustain high growth going forward is by driving up domestic consumption.

The jury is still out on whether China has been making a transformation to a domestic demand-led economy and how much it can ramp it up over the next year.

China sceptics argue that the currently high manufacturing growth will saddle the economy with a huge pile of export inventories by early 2010 that its principal buyers will simply not be able to absorb. This could set off another downturn in the Chinese economy and poop the global growth party.

There is some good news though. Regional data from China shows that provinces that are away from the coast and less export-oriented have seen robust growth for the past two years. The pattern of China's imports has also changed -- the share of final goods in China's imports from its Asian partners has moved up replacing intermediate goods.

China is not importing to re-process and sell to the West, it's buying to consume. In short, China's growth has perhaps become less export-driven than what the sceptics assume.

The second big risk stems from the dollar. While I keep hearing phrases like 'global re-balancing' and 'reserve diversification' that are likely to keep the dollar under pressure for the next few years, I am not willing to write the greenback off just yet.

For one, purely from a 'technical' perspective, the dollar looks severely undervalued and there is a case for a pull-back. The pull-back could be driven by any one of these events.

There could be a dip in risk appetite among global investors if they get the feeling that global growth rates could disappoint. Over-leveraged borrowers might find it difficult to service their loans and if they are big enough like the Dubai government, that could trigger another round of investor panic.

All this could send investors scurrying for the safety of US government bonds and support the dollar.

Strangely enough, there is a similar probability of a dollar reversal if global growth starts to pick up. This can happen only if the US economy gets out of its funk.

The flip-side is that if this happens, inflation expectations will start to build up, forcing the Fed to go easy on printing dollars. As the flood of dollars abates a little, the price of the greenback will go up. This means that the price of a whole bunch of things that are trading against the dollar, including emerging market stocks and currencies, will take a beating.

The Sensex, the Nifty or the rupee are unlikely to be the exceptions.

Finally, I would take the threat of capital controls quite seriously. Policy-makers in emerging markets are reconciling to the fact that over the long term, they will attract a steady flow of investments. This will also push their currencies up and erode their export competitiveness.

Their strategy to counter this would be to try to buy time to adjust to the revaluation. The easiest way to do this is to put all sorts of barriers on capital flows -- Brazil made a start last month by deciding to tax all non-FDI inflows.

The trouble is that all emerging economies are likely to go on the same tack. The phenomenon of 'competitive capital control' could lead to what investment analysts call a de-rating of markets.

That is, the threat of capital controls might actually spook global money managers to park their funds elsewhere. Our press has already started floating rumours of impending capital controls. If these gain momentum, the flood of dollars into our capital markets could slow, at least temporarily, to a trickle.

"Like it or not," Bobby Kennedy warned in a speech in Cape Town in 1966, "we are destined to live in interesting times." For the financial markets, 'interesting' is a synonym for 'risky'.

The year 2010 certainly promises to be an interesting year.

The author is chief economist, HDFC Bank. The views expressed are personal.