How will history remember this decade?

A K Bhattacharya recalls some of the interesting trends and developments of the first decade of the 21st centruy. 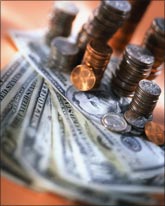 The first decade of the 21st century is about to end in a few weeks from now. How would history remember this decade? It is difficult to encompass a decade's major trends and developments in a short essay of this nature. However, it would be instructive to recall at least a few of them.

Globally, the decade began with the breakdown of trust in corporate governance. Corporate scandals and acts of malfeasance that may have been kept hidden from public gaze in all the previous decades came tumbling out of the cupboard as the first decade of the 21st century began.

Enron, Worldcom and Arthur Andersen were globally respected corporate institutions before they were all found guilty of violating the basic governance rules.

Global confidence in companies lay badly shaken. The organisers of the annual jamboree of the world's top business and government leaders at Davos decided in 2003 that its theme that year would focus on how the corporate world should rebuild trust, which it had obviously lost.

At another level, regulators in the US and in many European countries put in place stricter governance and disclosure norms for corporate players. Life for corporate leaders was not the same any more.

That sombre mood, however, made no visible impact on the kind of irrational exuberance that became the hallmark of the American financial sector in the latter half of the decade.

In an impossible bid to keep the housing bubble going for as long as it could, the financial sector, aided and abetted by the US regulators, not only burnt their own fingers but also fell headlong to bring down along with it the global economy.

Mercifully, the decade is ending with the hope that the world economy would not have to suffer the pangs similar to those caused by the economic depression of the 1930s.

In India, the decade represented resilience, reforms, change and hope. The economy showed its resilience not just once at the start of the decade, when it came out triumphant from an economic slowdown induced by the short-lived dotcom boom quickly followed by a bust.

Similar resilience was in evidence when the economy responded positively to the government's fiscal stimulus measures and bounced back to growth after receiving major blows from a global downturn.

Annual economic growth, measured by the rise in the gross domestic product at factor cost, has averaged at over 7 per cent in the current decade, a clear 1.5 percentage point increase over the annual growth rate recorded in the previous two decades.

The increase is not dramatic. But the direction of the change has been unmistakably towards a steady rise. What is also clear is that the Indian economy has now marched far ahead of the 3 to 3.5 per cent annual growth rates that marked the first three decades after India gained political freedom.

On the fiscal discipline front, the Indian government has done reasonably well during the decade. The decade saw four finance ministers in this period. Yashwant Sinha kept the fiscal deficit at around 5.6-6.2 per cent of GDP. Jaswant Singh brought it down to 4.5 per cent.

At the end of his fourth Budget in 2007-08, Palaniappan Chidambaram brought it down to 2.7 per cent. But then the global downturn forced the government to introduce fiscal stimulus measures and the fiscal deficit went up to 6 per cent in the following year.

Pranab Mukherjee has projected the deficit at 6.8 per cent for the last year of the current decade, the second highest level in the last two decades.

The decade also saw the country's largest corporate entity engaged in a long battle over division of assets between two brothers after their father died in 2002. The Ambanis' battle is not yet over and may go beyond even the coming decade.

At another level, Indian companies went overseas to acquire major brands and firms. The Tatas acquired Corus, Jaguar Cars and Land Rover. The Aditya Vikram Birla Group took over Novelis and several other large Indian companies, including a few in the information technology sector, took charge of entities in different parts of the globe.

India's politics also saw some major turns and twists during the decade. The Bharatiya Janata Party got defeated in the 2004 general elections, in spite of its economic reforms and a credible growth story.

The Congress, led by Sonia Gandhi, has unleashed a new brand of politics that harps on inclusive growth with economic and institutional reforms. The formula has worked very well for the Congress so far. Manmohan Singh may well be India's Goh Chok Tong, providing a mature and stable leadership even while keeping the prime ministerial seat ready and warm for Rahul Gandhi to take charge one day.

That certainly is one hope Congress leaders cherish these days as they prepare to face the new decade.