Why Indian slums are not places of hopelessness 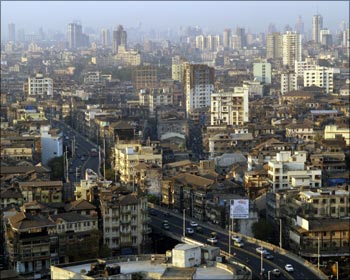 There is every sign that India is launching into a period of rapid urbanisation. In the next 30 years, an additional 350 million people will have to be accommodated in our existing towns as well as in brand new urban spaces.

Given our inability to cater to even the existing urban population, there are serious concerns about our ability to deal with the influx.

Are we entering a world of endless slums? The government has a plan to make India slum-free by 2015. Is this really good for the urban poor?

Economists and policy-makers like to use terms like 'development'. However, at its heart, development really means the shifting of people from subsistence farming to other forms of livelihood.

Urbanisation is the spatial mirror of this process. This is why virtually every developed country is urbanised. We can clearly see that a combination of changing job opportunities, aspirations and lifestyles is driving India's rural youth to flock to urban centres.

The problem is to match hundreds of millions of migrants to jobs, housing and amenities while maintaining overall social cohesion.

Slotting so many individuals into the urban fabric according to his/her skills and financial abilities is a colossal task.

China used draconian social control systems to manage the process over the last two decades. In most other countries, slums played this role. Even in China, 'urban villages' have been an integral part of the migration process.

Most people tend to be overwhelmed by the poor living conditions that prevail in Indian slums. The usual reaction is to treat this as a housing problem. Over the decades, we have seen many well-meaning slum re-development projects that have attempted to resettle slum-dwellers into concrete housing blocks (often on the outskirts of the city) and give them non-marketable property rights to their new homes.

Yet, almost all of these efforts have failed to rid our cities of slums. More often than not, the former slum-dwellers either sell, rent out or abandon the new housing blocks and move back into a slum.

The problem is that these schemes take a static view of slums, whereas slums are really evolving ecosystems that include informal jobs inside the slum, access to employment outside the slum, social networks, ease of entry, security and so on. Thus, slums play an important role as 'routers' in the urbanisation process.

They absorb poor migrants from the rural hinterland and naturalise them into the urban landscape. In doing so, they provide the urban economy with the armies of blue-collar workers -- maids, drivers, factory-workers etc -- who are essential for the functioning of any vibrant city.

Urban master-plans simply ignore this dynamic process and consequently are unable to deal with it.

Why are Indian slums 'safe'?

Slums are not unique to India. Virtually every country has faced this problem in some form during its period of rapid development. The slums of New York and London were legendary in the 19th and early 20th century. However, we need to distinguish between urban decay and slums.

Urban decay describes the condition of blight, hopelessness and abandonment that one sees in New Jersey, northern England or even in parts of Africa and Latin America.

As writers like Jeb Brugmann have pointed out, Indian slums are not places of hopelessness but of enterprise and energy. Whether it is Mumbai's Dharavi or Delhi's 'Lal-dora' villages, most Indian slums have a surprising variety of commercial activity, including shops, food vendors, garages and mini-factories.

Indeed, slums like Dharavi are remarkable in how safe and cohesive they are. Most readers of this article will be able to walk through the average Indian slum even at night without fear of being harmed. This is more than one can ask of down-town Johannesburg or Camden, New Jersey.

Contrary to popular wisdom, inequality of income and wealth appears to have little impact on crime and social envy. Mumbai has many social schisms: Hindus versus Muslims, Marathi-speakers versus Hindi-speakers and so on. However, the city suffers little conflict between the rich and the poor despite having the most extreme differences in wealth and income.

This cohesion comes from the fact that migrants do not view slum-life as a static state of deprivation but as a foothold into the modern, urban economy.

Life may be hard but, in a rapidly growing economy, there is enough socio-economic mobility to give most slum-dwellers hope and keep them hard-working, enterprising and law-abiding. This is being recognised even in China where leading intellectual Professor Qin Hui recently published a paper arguing that China needed more slums!

What should we do about slums?

I am not arguing that slums do not need help. Clearly, we need to provide the urban poor with better sanitation, public health, education and so on. However, we need to rethink the framework of our interventions:

First, advocates of slum redevelopment should recognise that they are not just dealing with a housing problem but are tampering with a complex eco-system.

Thus, plans need to allow for informal commercial activities, public transport, and so on. To the extent possible, the redevelopment projects should be phased in a way that the ecosystems are not killed in the name of progress.

Second, we need to understand that slums are about ease of entry, upward mobility and churn. This process should not be disturbed by indiscriminately handing out non-marketable property rights.

Instead, public intervention should encourage a market for rental accommodation starting from basic dormitories. However, when it is deemed appropriate to give property titles to slum-dwellers, the rights should be marketable.

Finally, and very importantly, we should not expect slums in the largest cities to act as routers for all the hundreds of millions of migrants. This is why we need to think of the small mofussil towns as mini-routers for the regional job markets. As I have argued in an earlier column, we need to revive small towns as social and economic hubs.