San Francisco and Bengaluru have a lot in common but there is a lot more that is different. Bengaluru needs to imbibe the spirit of San Francisco, says Subir Roy. 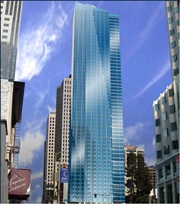 San Francisco and Bengaluru have a lot in common but there is a lot more that is different.

San Francisco and Bengaluru have recently signed as many as seven MoUs, covering subjects ranging from water and sanitation to art and museums, to strengthen their sister-cities relationship. But till now, being a twin city to San Francisco has not made any difference to Bengaluru. You need to do more than sign MoUs to get the best out of such an association.

Bengaluru needs to imbibe the spirit of San Francisco. When I first visited America decades ago, I immediately knew that the one city I could live in for a time was New York and a great second was San Francisco. The latter, in fact, has a lot that chimes with Bengaluru. San Francisco is the cultural and financial capital of the eponymous Bay area; the two clusters have about the same seven million population.

Most critically, the Bay area hosts Silicon Valley which is home to such IT giants as Intel and Cisco, and Bengaluru is now the Asian home away from home for many of these IT flagships. The Bay area also hosts Stanford which is to it what Indian Institute of Science is to Bengaluru. And both have some of the best weather that their respective countries can offer. I wish I could go on.

The first major difference is that the Bay area is served by a first-class rapid transit system. If you are looking for a US city that has in the past been known for long car commutes and pollution, then Bengaluru's sister city is the other Californian hub, Los Angeles; only in the latter you cover much longer distances in the same length of time.

The most obvious great thing about San Francisco is that it has beautiful looks to go with its weather. You have to be hiking fit to do its beautiful steep hilly streets on foot, but if you can't then you take the cable car whose lovely looks have earned it heritage status.

The streets have Victorian and modern architecture along them, with the best being carefully preserved. Bengaluru too looked pretty, till the property boom led to the destruction of so many of its distinctive bungalows and, what is worse, a lot of its trees as its leaders did nothing.

Bengaluru is yet to get an officially approved heritage list, so that at least you cannot do away with what's left. On the other hand, the most prominent item on San Francisco's heritage list, other than the cable car, is its civic centre. The dominating presence in this is the century-old city hall with a dome that is supposed to be even bigger than that of the Capitol in Washington.

Great as all this is, what really sets San Francisco apart, not the least from a lot of the rest of the US, is its spirit. Being on the west coast, it acquired a strong Chinese presence long ago, and its Chinatown is high on the tourist's agenda, but the game-changer was the post-war migration to it of writers and artists, not to speak of techies who manned its aerospace industry. The creativity and technology welded, and in the 60s, the city acquired a reputation of being both innovative and radical in a way that few others could match.

The city can lay claim to being the home of the Beat generation which matured and acquired global prominence there. Its annual gay parade is one of the most famous and best attended. It is home to writers and critics who are happy to acknowledge their international inspiration, be it from Peru or the Philippines. If you put all this together, you get a literature that has been described as that of 'resistance', to complacency and conservatism.

Bengaluru today can of course lay claim to the iconic Girish Karnad, whose feet are as firmly in the ground as his head is held high for the broadest vision. But there has to be a minimum critical mass of people who have the desire to build anew without being prisoners of the past.

A fine example of this is San Francisco's mayor Gavin Newsom who was in Bengaluru during the signing of the MoUs. The US city that holds his admiration is Chicago and its mayor Richard Daley, son of the equally well known father. Looking at its manicured streets and sidewalks when earlier existed gritty neighbourhoods, he felt it enlivened the spirit. "The intangibles are evoked."

He sensed a "spirit of pride and community" which had helped rescue its environment. But no two cities could be more different in spirit. San Francisco focuses on progress through consensus, Chicago on getting things done in a much more mainstream American way. Here lies the rub-- being so different and still being able to appreciate the pluses of the other.

Civic elections are round the corner in Bengaluru after a long time, but under the same old rules. The chances of having a new mayor who can ask for the creation of the post of "director of city greening", which San Francisco has, is remote. No Indian city has a better chance to be a bit like San Francisco than Bengaluru; yet there is such a long way to go.