The year 2009 should be something of a landmark for the Indian economy. It marks three completed decades of renunciation from the Hindu growth rate. In the 1980s and the 1990s, the Indian economy grew by about 6 per cent. 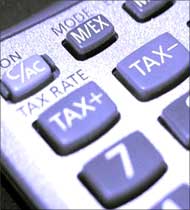 In the decade just ending, this figure climbed to over 7 per cent. Per capita growth rate in this decade is about 5-5.25 per cent compared to about 3.50 percent in the previous two decades.

Three completed decades of solid, steadily-improving economic performance is cause for considerable cheer. No reasonably-sized democracy in the history of humanity has posted such growth rates for so long while remaining democratic. (The "reasonably-sized" qualifier is necessary because Botswana and Mauritius have been uninterrupted democracies and done even better than India in growth terms).

Impressive as India's achievement is, it falls far short of China's. The two countries left the blocks at roughly the same time - the late 1970s - but China went on to grow at more than 10 per cent a year for 30 years, which no country - democracy or otherwise - has matched, ever.

But this gap cannot be bridged for some considerable time. It is not that India lags China in its embrace of markets or in the entrepreneurial capacity of its private sector. It is simply that there is no contest in that other key determinant of long-run growth: state capacity and effectiveness.

India's rickety and fraying public institutions are no match for that deadly combination of the Chinese Communist Party and military in providing the basic services - order, stability, health, education, and water - that are essential for and complement the functioning of markets.

Mao's legacy has proven more durable and more effective than Nehru's in the economic sphere. The Chairman trumped the Pandit.

But they have a miserable record of providing health, water and education for its poorer citizens on a daily basis. And the truth is, we have little clue as to how to reform our public institutions - civil service, police, judiciary etc - to deliver these basic services.

There is a fundamental asymmetry between state capacity and markets. The dirty secret is that it is easier to create markets than it is to create state capacity or to prevent its deterioration.

Creating markets is a lot about letting go, establishing a reasonable policy framework, and allowing the natural hustling instinct to take over. Hustling is the natural state, and as Devesh Kapur of the University of Pennsylvania has argued, India has become a nation of "hustlers".

In assessing the likelihood of India moving to the Chinese growth trajectory, policy analysts tend to focus on policy reforms that will improve the environment for the private sector.

But the preceding analysis of the deeper determinants of China's and India's growth record suggests that improvements in state capacity may well be as important. But is there any credible effort to improve state capacity?

Indirectly, yes, and that effort is the implementation of the GST being overseen by the 13th Finance Commission under Vijay Kelkar. This is a major "reform" initiative and has the potential to be a game-changer for the Indian economy going forward. Why so?

The obvious appeal of the GST initiative is two-fold. It would vastly simplify and rationalise the tax system in India in a self-policing manner that would minimise leakages.

Second, the rationalisation across states would also go towards making India more of a common market, facilitating the easy, unhindered mobility of goods and services, and less a collection of barrier-ridden states that it currently is.

The value of creating a common market will rise dramatically when the India of 28 states becomes an India of say 35 or 40 states, as seems likely.

But the tax reform's more important contributions may well be in relation to strengthening state capacity. One of the key functions of the state is being able to respond to macroeconomic crises. The wherewithal for effective response is a sound public sector balance sheet.

China has emerged from the recent crisis economically stronger than many industrial countries because of its low indebtedness while going into the crisis which allowed it to mount a strong fiscal action during the crisis.

India's public finances, in contrast, are wobbly. The GST, by widening and creating buoyancy in the tax base, would provide the best hope for India to bring down its deficit and indebtedness to more reasonable levels.

Of course, that outcome cannot be guaranteed. Higher taxes could be spent rather than used to pay down debt. But with the GST, there is at least a credible tax and revenue handle to reverse fiscal course.

The deeper, if more abstract, point about the GST and tax reforms relates to taxes and institutional development. Taxation is a glue that binds citizens and states to create civic engagement and productive two-way interaction.

Until then, indirect taxes such as the GST, inequitable though they may be, will be important, even essential, in creating the civic connection between the state and its citizens.

Heading into 2010, the world is looking anxiously for new liberalisation initiatives by India to move it to the 9-10 per cent growth trajectory. Tax reforms may not be sexy. They may not even be liberalisation as conventionally understood.

But if the essentials of GST reform can be implemented in enough states with a modicum of effectiveness in 2010, prospects for India's institutional development and hence long-run growth would be considerably strengthened.