While RBI is right to worry about the share of outstanding ECBs in our reserves, firms need these to finance investment -- some prudent limits need to be set, says Madan Sabnavis. 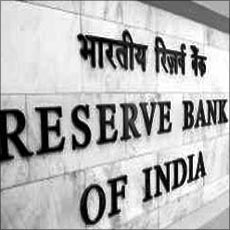 The Reserve Bank of India is seriously concerned about the increased dependence on external commercial borrowings (ECBs) by Indian corporate houses.

The worry is palpable when companies flock to the global markets shopping for loans when interest rates are down. Hence RBI has been stipulating the maximum amount that can be borrowed, the all-in cost ceiling (as done recently), end use etc.

There are essentially two issues relating to ECBs. The first is that this component will increase the external debt of the country and has to be matched by growth in the forex reserves to maintain solvency in the long run as all such debts have to be repaid.

The other is that there is a currency risk involved as depreciation in the rupee will, for example, lead to a higher burden for the borrower when it comes to repayment. Hence, ECBs per se are less preferred to, say, foreign direct investment (FDI), which has the status of permanent parking in the country.

The question is whether or not RBI's concerns are justified at a time when the economy is growing and gradually getting integrated globally and there is progressively a greater requirement of funds to finance our growth story. To address these issues, the various sources of funding for long-term investment are analysed (see table).

Banks today have taken over this role but do face limitations in providing term funds on account of asset-liability considerations as they normally pick up deposits for up to three years and have to provide loans for tenures of over 10 years. Capital markets have provided support to around 25-30 per cent of the requirements, but this component would depend a lot on the state of the equity markets and the appetite for bonds.

Now, in the last three years, there has been a tendency for dependence on foreign sources of funds to increase through both the debt and equity routes, and they now account for a little over 20 per cent of the total requirement. In particular, ECBs have become quite dominant in this period.

The ECB market has distinct advantages over domestic borrowing. At present, the one-year Libor is just above 1 per cent. Assuming that based on country risk rating, a triple-A rated company can manage to procure a loan at, say, around 5-7 per cent. After considering the currency risk, it would still work out to be cheaper than a domestic loan where the PLR is 11.5 per cent. Therefore, it makes sense to borrow from these markets.

Further, the rupee appears to be getting stronger over time, which means that fewer rupees are needed to repay the loans. Unless the rupee falls by around 5 per cent or so, the cost of ECBs would near the domestic PLR.

The ideological issue that comes in RBI's way is that too much dependence on foreign debt could place the country in a vulnerable spot. The external account debt-equity ratio has averaged 1.08 in the last five years and, ideally, it should be less than 1. Further, with inflation rates varying between India and the developed world, real interest rate becomes critical in interest rate formulation.

The nominal rates thus would tend to be higher than those in the euro markets and hence, would be more attractive for all potential borrowers to access these markets (to the extent that they have the financial strength) after taking into account the exchange rate risk. Indian banks can lower the rates to only a limited extent by reducing their spreads as the cost of deposits is high partly due to inflation. Therefore, there is a pressing necessity to exercise control over this inflow of funds.

ECBs as a proportion of total external debt have been increasing from around 20 per cent in 2005 to 27 per cent in 2009, making it a very important component of debt. RBI's concern would be the value of outstanding ECBs to our forex reserves. This ratio was over 50 per cent in 2000 but has come down, more on account of increasing reserves, and is now at around 25 per cent.

While RBI has a strong case in its favour as it has to maintain the solvency of the external economy, the question is for how long can this be the policy? There is paucity of funds to finance long-term investment; and the external route affords an option to players.

When we do go in for capital account convertibility, such distinctions will become less dense and the force of competition will crate demand in different markets.

Borrowers should have a choice of the source of finance. RBI should internally set parameters for intervention such as debt-equity ratio, debt to reserves and absolute level of reserves, which can be used for policy changes. This would be a more pragmatic way of addressing an issue which can be both an opportunity and threat simultaneously.

The author is Chief Economist, NCDEX Limited. The views expressed are personal.