Tax reform is always tricky business. Nothing should be done in a hurry and once reform is undertaken, the government must ensure policy stability. These principles should not be forgotten in implementing a unified indirect tax structure with a goods and services tax. 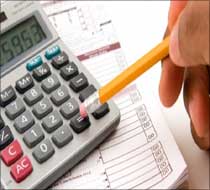 The benefits of GST are by now well established. For businesses, the benefit will be the availability of input tax credit across all categories of inputs, whether goods or services.

A GST will also eliminate the plethora of ad hoc taxes such as surcharges and entry taxes that have become widespread in India's federal fiscal space.

However, the problem is that the transition to the new regime will take place within our federal fiscal regime in which states have considerable autonomy. Thus, at times, the narrow self-interest of state governments will have to be balanced against the principles of efficient taxation. For one, it will not be easy to get states to agree to a uniform rate and disagreement is already apparent.

While the Thirteenth Finance Commission has recommended a single GST rate of 12 per cent (Centre: 5 per cent; states: 7 per cent), the Empowered Committee of State Finance Ministers has decided to adopt a two-rate structure in addition to a special rate for precious metals and a list of exempted items.

While a single rate is clearly more efficient and would do away with any disputes about classification (reducing compliance costs in the process), states do not seem to want to give up their revenues earned from discretionary taxation of such items as alcohol, foodgrains and petroleum products. Policy-making in India is all about compromise.

If states agree to a single, uniform rate, some compromise must be struck to respect their "fiscal autonomy".

There is also considerable difference of opinion about the precise rate of the GST. The TFC had suggested a "reasonable" rate of 12 per cent at which the revenue loss due to a lower effective tax rate would be offset by the buoyancy that a simpler, more efficient tax-regime would entail.

However, it is imperative that the actual rate or rates are not set much higher than 12 per cent. The purpose of a unified GST is to expand the tax net and ensure greater compliance. A high tax rate would defeat this purpose and hurt revenues.

The challenges of implementing the GST are enormous. First, it requires a constitutional amendment to allow the central and state governments to expand their tax bases, which are now narrowly defined.

Second, the process of tracking inter-state transactions is extremely complex and requires a foolproof IT system. A clearing-house mechanism of this size and complexity does not yet exist in our country and indeed even international models of this sort are few. Third, the entire orientation of the tax administration has to be changed.

The challenge is particularly daunting in the case of services, where it is often hard to define the exact amount of the service rendered. Examples include sectors such as financial services and real estate. Considering these challenges, it may be sensible to postpone the implementation date from the April 1, 2010 deadline that is currently under consideration.

One final issue is whether the GST should eventually be extended to encompass levies and charges imposed by local bodies as well. While this seems like a logical extension of the current proposal, it may be a nightmare to implement.

There is considerable variation in the revenue generating abilities of different local bodies and any agreement on uniform rates is next to impossible. Perhaps this can be taken up at a much later stage when all the issues related to the basic GST are resolved.