News
Business
Movies
Sports
Cricket
Get Ahead
Money Tips
Shopping
Sign in  |  Create a Rediffmail account
Rediff.com  » Business » Why India should go ahead with Asean FTA

Why India should go ahead with Asean FTA

Ministerial misgivings have been expressed about the consequences of the proposed free trade agreement with the Association of South-East Asian Nations, specifically in relation to the implications it has for the domestic plantation sector and to Kerala.

With what is said to have been vocal support from several other ministers, the Prime Minister has managed to get the Cabinet's nod for the FTA, while referring the specific issues raised by ministers from Kerala to a group of ministers.

If it is assumed that the GoM will not take much time to deliberate on the issue, and that it will concur with what the draft FTA provides for, the scheduled signing in December should still take place.

Kerala's worry, conveyed to the Prime Minister most recently by a delegation led by Oommen Chandy, the state's former chief minister, is that cheap imports from the Asean region would hurt domestic growers of tea, coffee, cashew, coconut, oil palm, rubber, spices and other plantation items. 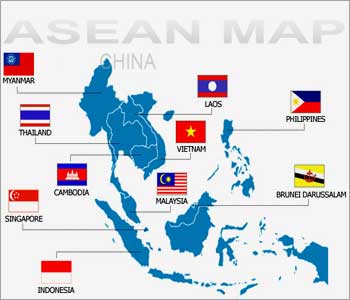 Prima facie, these apprehensions may seem to have some foundation as many of the Asean countries are India's main rivals in some of these products, and enjoy some cost and quality advantages.

But these concerns have been taken care of during the protracted negotiations on the agreement, lasting almost five years. While some of the plantation items are included in the Highly Sensitive List, where only modest tariff reductions are envisaged up to 2019, a few others, such as rubber, have been given special protection under the Negative List, where no reductions are called for.

Indeed, India is the only country which has a negative list incorporated in a trade pact with Asean, and this contains as many as 489 items. This apart, the benchmark year for duty cuts has been carefully chosen as 2005, when Indian tariffs were quite high - 100 per cent for coffee and black tea and 70 per cent for pepper, for instance.

With the duty rates today being much lower, the effective tariff cuts may actually be very low, or nothing at all.

The India-Asean FTA is likely to be India's most important for some time, because talks with the European Union on a trade agreement have a long way to go. Asean has 600 million people and its GDP is about the same as India's ($1.1 trillion), so the FTA will open up a substantial market, not far from home, for Indian exporters. Asean is also a critical component in the country's "Look East" policy, and there is already a regrettable history of failure to meet past FTA signing deadlines.

Any fresh failure to sign an agreement that has now been fully negotiated will be a setback diplomatically as well as economically, especially since China is already active in the market.

It is as well to keep in mind that bilateral and regional trade agreements have gained in importance because a fresh multilateral trade agreement under the World Trade Organisation is nowhere in sight, due to the impasse in the Doha round of talks.

If any domestic sector feels that it is not competitive, it should address the problem domestically, through improvements in productivity and through quality upgradation. The GoM which is to go into the objections raised, would do well to address the issue from this angle.