News
Business
Movies
Sports
Cricket
Get Ahead
Money Tips
Shopping
Sign in  |  Create a Rediffmail account
Rediff.com  » Business » Time to get our fiscal act together

Time to get our fiscal act together

Finance Minister Pranab Mukherjee's assurance in New Delhi on Tuesday that India must return to the path of fiscal prudence was timely. Last week he had fiscal conservatives worried with his remark that he would tell his G-20 counterparts this weekend that every country must have its own timetable for the withdrawal of fiscal stimulus and that there can be no one-size-fits-all formula. 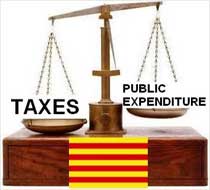 In theory he is right, but in practice that is not a view India should be globally canvassing at this stage when analysts are worried about India's fiscal numbers. The finance minister, therefore, did well to reiterate his commitment to fiscal prudence, even as he assured the markets that this year's fiscal stimulus would be allowed to run its course.

The finance minister was, in fact, not an enthusiast of the 6.8 per cent fiscal deficit ratio that his Budget for the year conceded. The fiscally-conservative Mr Mukherjee yielded at the time to the growth enthusiasm of Planning Commission Deputy Chairman Montek Singh Ahluwalia and the populism of the Congress and its coalition partners, and let the fiscal numbers slip, to take a ride up the political and economic business cycles.

With both cycles entering a new phase, Mr Mukherjee can still have the last word, even for this fiscal, if his expenditure department tightens its grip on ministerial purse strings and gives the finance minister the deficit numbers he would have liked to budget for. This will help him negotiate his way from 6.8 per cent to the 5.5 per cent target he has set for the fiscal deficit ratio for 2010-11.

The year 2010 will have to be the year of fiscal re-adjustment and stabilisation in India. So, it is just as well that Mr Mukherjee focused, at the economic editors' conference, on raising revenues through disinvestment and on cutting expenditure by reducing non-food subsidies.

India's counter-cyclical fiscal stimulus, in fact, began in February 2008, six months before the onset of the "trans-Atlantic" financial crisis and the global slowdown. This came through the loan waiver for debt-ridden farmers. Reversing a seven-year trend, the budgetary strategy for 2008-09 was based on allowing a marginal deterioration in revenue and fiscal deficits.

Even though the Budget estimate of the fiscal deficit for 2008-09 was no different from the revised estimate for 2007-08, since the loan waiver was a last-minute addition to the Budget arithmetic, a reversal of the fiscal adjustment process was under way.

Even without a global economic slowdown, India would have seen a reversal in fiscal stabilisation in 2008, albeit less than what was finally the case. With elections scheduled for mid-2009, the Central government began looking at a liberal expenditure programme to boost employment, income and spending. In the event, the global slowdown created a hospitable intellectual cover for further fiscal liberalism.

A life-long Keynesian, Prime Minister Manmohan Singh spotted the opportunity and pressed on the fiscal accelerator. By the end of the year, the revised estimate for revenue deficit for 2008-09 was a whopping 4.4 per cent of gross domestic product, compared to the Budget estimate of a tame 1.1 per cent. For the fiscal deficit, these numbers were 6.0 and 2.5, respectively.

This sharp deterioration in fiscal parameters was made easy by the fact that the G-20 blessed this "fiscal stimulus" in the name of combating the global downturn. However, unlike many developed economies, and even China, India did not have much fiscal headroom, with high combined fiscal deficit of the state and Central governments and a high domestic debt to GDP ratio, to easily accommodate the stimulus.

Five years of near 9.0 per cent growth in 2003-08 did help bring down deficit ratios, but that momentum may have spent itself out. The growth slowdown combined with a pre-election spending spurt and the counter-cyclical fiscal stimulus has brought the issue back to the front burner, and India's insidious fiscal problem has raised its head once again.

On the other hand, the fiscal largesse of the past two years has whetted populist appetite for more. Before an evening's binge becomes a habit, the finance minister must press the brakes. His earlier fiscal prudence call was timely but seems to have been dissipated by the mockery of the "Holy Cow" twitter.

In a candid statement on the deterioration in the government's finances, the prime minister's Economic Advisory Council stated in its recent Economic Outlook for 2009-10: "Increase in deficits in the revised estimate over the Budget estimate did not occur due to the stimulus package but on account of additional outlay on subsidies, pay revision, loan waiver, financing the increased coverage of the NREGA, etc."

It could, of course, be argued that each of these items of expenditure was part of India's fiscal stimulus package. So, the item of expenditure is not the key issue as much as the quantum. Even if there is a good social case for NREGA expenditure and infrastructure investment, there is none for most non-food subsidies.

With no major elections scheduled till 2011 and a reasonable chance of sustaining moderate rates of growth next year, the time for fiscal correction is now.

Getting a control on spending and bringing deficit numbers down are both macroeconomic as well as national security priorities. The global economy will remain turbulent over the next year or two. Keeping the domestic economy stable in such turbulent times should be an important policy objective.