Tata Housing's efforts at helping less privileged sections of society are commendable, but after a point it won't be able to do much for the simple reason that there aren't going to be enough lenders to give loans to these prospective home buyers, says Shobhana Subramanian. 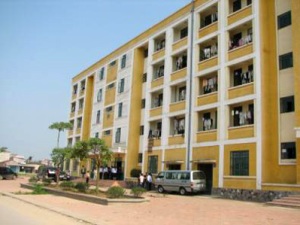 Brotin Banerjee is happy. He has been able to sell a fourth of the 1,500 apartments of his affordable housing project in Boisar, about 100 km from Mumbai, to people who he describes as belonging to the 'informal sector'.

These are buyers, the managing director of Tata Housing explains, who don't have a bank account and, therefore, wouldn't qualify for a bank loan. But thanks to Micro Housing Finance Corporation, a microfinance company, they can now hope to own a house.

Tata Housing's efforts at helping less privileged sections of society are commendable, but after a point it won't be able to do much for the simple reason that there aren't going to be enough lenders to give loans to these prospective home buyers.

So, the shortage of homes in the 'economically weaker segments and low-income groups' -- estimated by Ernst and Young at some 26 million by 2012 -- could be even bigger.

Banks are doing their bit but they are becoming finicky about the paperwork and will only stretch themselves till they are done with the mandatory lending to the priority sector.

Beyond that, they will be reluctant to take on the risks and headaches of such small-ticket loans. In any case, they won't bail out those who can't come up with the necessary papers.

Microfinance institutions are trying to see whether there's an opportunity here, but MHFC Director Madhusudhan Menon says it's not going to be easy to get hold of long-term money.

Whatever his organisation has agreed to give so far has come from its equity capital, which is why it is able to lend at between 12 and 14 per cent. But once it runs out of capital, it will need to borrow to stay in business.

That's where the problem arises, because there is hardly any 15- or 20-year money available. Moreover, cost is also an issue; currently, it costs a borrower 10 per cent to borrow from National Housing Bank, over which he needs a spread of 4 per cent to cover operational costs, credit and interest rate risks.

But if NHB raises interest rates, the higher cost would have to be passed on by the microfinance companies to homebuyers.

The economically weaker sections need to be given loans at interest rates that they can afford, otherwise the demand for low-cost housing will soon vanish.

Typically, for a lift attendant or a driver, the equated monthly instalments can't be more than the rental that the family is currently paying.

So, while NHB does provide a refinance facility, the problem lies in that interest rates are not fixed but reviewed periodically.

Indeed, that's one reason why no one is touching too much of the NHB money. Former Citibanker Jerry Rao, who's working on some affordable housing projects himself, says the lack of 'affordable' long-term money is a big hurdle and that right now what most microfinance companies have with them is only three- or four-year money which comes at a cost of 15-17 per cent.

So there's no way they can lend for mortgages.

Even if they are willing, the rate will be some 18-19 per cent, which, while it may be way cheaper than what a moneylender would ask for, doesn't really help the cause.

Clearly, the solution lies in the development of a long-term debt market. Also, like it is done overseas, pension funds that typically have resources which they can invest for long periods, should be allowed to lend for mortgages.

Or there could be mortgage guarantee funds in which investors pool together their resources to lend to mortgage companies. Money apart, the government also needs to step in on other matters, like in China.

As Ernst and Young points out, under the 'Jingji Shiyong Fang' policy, 20 million housing units were sold in five years.

How was that possible? Well, the government helped out with a one-time equity grant, so as to help people access a mortgage. It also chipped in with some state-owned land at no cost and threw in some tax concessions.

And to encourage private developers, it made sure the approvals came in fast. That apart, it also incentivised utilities in the vicinity. If the risks are boxed in, banks too may be willing to step up lending to the economically weaker segments.

For their part, developers could make sure they complete projects on time and help with the collection efforts.

Again, one can't build a lending proposition on the basis of future inflation in asset prices, that has to necessarily be built on the basis of cash flows. However, even a small rise in prices would increase the comfort level of lenders.

A state dinner is the most glamorous White House Affair