News
Business
Movies
Sports
Cricket
Get Ahead
Money Tips
Shopping
Sign in  |  Create a Rediffmail account
Rediff.com  » Business » Has RBI been diversifying out of dollars?

Has RBI been diversifying out of dollars?

RBI kept on adding non-SDR currencies over the next couple of years till they reached about 7.5% of reserves, which is the level they continue to hold, writes Jamal Mecklai.

With many hand-wringing analysts concerned that the dollar is in terminal decline, there has been a loud increase in chattering about alternatives to the dollar as the fundamental anchor of the world financial system. While China has been very vocal about this, no doubt feeling the impact of dollar depreciation on their assets, the pent up concern that global central banks were diversifying their asset basket away from the dollar came to a head on September 30, when the IMF reported that global central banks allocated nearly three times as much money to euros ($123.10 bn) as they did to dollars ($42.87 bn) in the June quarter. 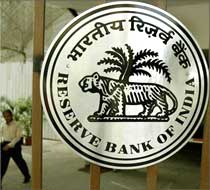 This was the highest amount ever allocated to the euro, the first time the euro/dollar allocation ratio exceeded two and only the sixth allocation above $100 bn to any currency in the past 42 quarters; the dollar, of course, received the first five.

Despite this, I believe that reports of the dollar's demise are greatly exaggerated. First of all, while the dollar's value share in reserves of advanced countries has fallen from 70 per cent to 66 per cent since 1999 (and the euro's has risen from around 18 per cent to 24 per cent), the drop is quite modest and, in any case, most of this is a result of the cyclical decline in the value of the dollar.

Secondly, it takes decades for a currency to go out of favour, and it really requires dramatic and continuous failure of policies (the UK at the start of the last century up until WWII, Japan more recently) or devastating war (the French franc, after WWII) to bring about such a collapse.

Finally, the degree of integration in world economies, of which the dollar is almost the linchpin, suggests that unwinding the dollar's positioning would be simply too costly.

It is significant, though, that many emerging economies report a lower dollar ratio (59 per cent) in their reserves, as compared to the "advanced" countries, which may be a sign of things to come.

India's reserves, too, appear to have a lower dollar ratio. Indeed, RBI has been quite aggressive in diversifying its reserves since as far back as 2003-04, when it increased its allocation to non-SDR (special drawing rights) currencies (like CHF (swiss franc), AUD (Australian dollar), CAD (Canadian dollar), etc.) from just $50 mn to $2.82 billion, a huge jump.

It continued to add non-SDR currencies over the next couple of years till they reached about 7.5 per cent of reserves, which is the level they continue to hold - perhaps not coincidentally, this is about the ratio of non-SDR currencies in our trade basket.

Our trade basket (imports plus exports) is about 71 per cent dollars, which, following the non-SDR analogy, would suggest that our reserves might be at that level as well. However, the currency risk on our dollar trade basket is actually substantially lower since exports provide a significant natural hedge to our imports; whereas in the case of non-SDR currencies, it is almost 100 per cent imports. Again, about 60 per cent of our external debt is in dollars, which, from an asset-liability management standpoint, would argue for having at least this ratio in our reserves.

However, a statistical analysis of valuation changes in the reserves over the past couple of years seems to suggest that the non-dollar holdings in our reserves is of the order of at least 50 per cent.

While this would go against the ALM principle, it is important to note that the share of bulk imports in India's basket has risen from 31 per cent in 1999 to nearly 45 per cent today. These are largely raw materials, like oil and other commodities, whose prices are generally very strongly inversely correlated with the value of the dollar.

To protect the economy against further commodity price rises - to effectively put in place something of a natural hedge - it would make sense to hold at least 45 per cent of reserves in non-dollar currencies. The very loud purchase of 200 tonnes of gold by RBI a few weeks ago may well have been part of this effort to manage the country's economic risk.

All of which makes me believe that, by now, RBI has probably diversified its reserves to where it today holds not much more than 50 per cent in dollars. Since there is no statement on the subject from RBI, it is hard to know how much truth this analysis carries.

However, RBI has been known to march to its own drum - much to its credit, certainly over the past few years. This adds weight to the thesis that RBI may have been following its own path, tailoring its reserves management to not only meet the classic needs of safety and liquidity, but also addressing the economic risk we face from escalating commodity prices.