What the IITs really need

What is really needed is a tenure track where higher pay goes with accountability, not peer review which tends to favour the upward drift of the incumbent mediocrity, writes Subir Roy.

India has been witness to the unedifying spectacle of the teachers' association of its globally best known educational brand, the IITs, going on strike against their new pay and conditions of work. 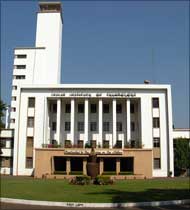 What bodes ill for the future is that the disaffection may continue. The minister concerned, Kapil Sibal, one of the best we have, is in no mood to seriously rethink matters though he has said he is open to considering greater autonomy for the IITs.

First, let's be clear about what the IITs are and what they are not. Their products, who enter through perhaps the most intensely competitive selection process in the world and are therefore excellent to begin with, are world class engineering graduates.

The IITs are not centres of excellence in research by global standards; they do not have the environment for it. A minority of their faculty is world class. The rest are mediocre, only a little less so compared to institutions lower down the academic hierarchy.

Foremost, the IITs need better pay and work conditions to attract the best teaching and research talent in the world. They already get good public sector pay, free housing in pleasant campuses which makes commuting to work costs zero, free medical care if you are willing to use the central government health service and a handsome pension equal to half the last drawn salary.

Academic freedom is excellent (no government micro-management there). Asserts a professor who has high research credentials, "All elite institutions in the world have clear goals which you have to conform to; I can do pretty much as I please. No wonder, virtually no one leaves an IIT once he gets to be professor."

Critically, there is no system to weed out the academic non-performing down the line. What is really needed is a tenure track where higher pay goes with accountability, not peer review which tends to favour the upward drift of the incumbent mediocrity.

Against this, what is the teachers' body demanding? Raise entry level pay by over 45 per cent, from the proposed Rs 26,000 per month to Rs 38,000. Link 20-40 per cent of basic pay to performance. Assistant professors to be hired for permanent positions and not 10 per cent of faculty initially on contract and made permanent after three years, as is currently done.

Remove the rule that a person can be hired as professor only if he has put in four years at IISc, an IIT or IIM. Remove the 40 per cent cap on total number of professors drawing the highest academic pay grade.

Significantly, a key academic, Ashok Jhunjhunwala of Madras IIT, famous for having been an inspiration behind the TeNet group of innovative companies, has publicly opposed the agitating teachers' stand. He asks, why should not 10 per cent of assistant professors be recruited on contract and why should there not be a limit (40 per cent, proposed by the government) to the number of professors getting enhanced pay for excellence. It seems what the agitators really want is secure government jobs with government pay but a good bit more than what has been offered, and more or less automatic upward progression over time. But they don't want government 'interference'.

Sibal has justified the government's stance by saying that state's resources of a poor country are finite and when it is paying the piper it has the right, and in fact the duty, to call the tune. That is how micro-management, 10 per cent of this and 40 per cent of that, gets in. Some of the best academic institutions in Britain and the US run on substantial public funds but the eminent people who run and supervise them don't complain of government micro-management.

However, those societies have a strong tradition of public service and responsibility. What is more, India has been run in the past 60 years on the wrong premise that the only legitimate guardians and arbiters of public funds are the ministers and their bureaucrats. Here is an alternative model.

For every leading educational institution of excellence the government appoints a board of governors of eminent people who then supervise its running, including selecting its chief executive, according to a charter which comes with substantial public funds. There is a periodic charter review and it can be withdrawn for non-fulfilment but absolutely no micro-management.

The charter contains guidelines on ceiling on tuition fee (these are leading institutions and so can charge a bomb and get away with it), norms for sharing the fruits of successfully commercialised research between government, institution and the relevant faculty, and provisions to ensure that successful consultants among the faculty have some time left to teach or guide researchers.

The governors can pay the faculty the moon so long as the resources are there and certain outcomes, like number of patents secured and academic papers published, are met. The institution can make money out of executive development programmes and the governors can actively canvass philanthropists.

The government can replace governors as and when they reach 70 or 75, or better still, the board of governors can be self-perpetuating. They can find their replacements as vacancies occur. And public accountability can be maintained by keeping these institutions under the three Cs - *CAG, CVC and CBI. Eminent people should engage Sibal in a public discourse and urge him to take a variation or improvement of the above to the cabinet for approval.

The MP with an IIT and IIM degree