Reserve Bank of India Governor Dr D Subbarao delivered the following lecture at the G-30 International Banking Seminar in Istanbul on October 5, 2009, on the occasion of the IMF-World Bank annual meetings. 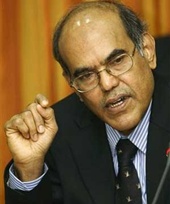 From the perspective of emerging market economies (EMEs), and particularly for that of India, I will highlight five concerns.

But before turning to the concerns, I want to indicate a few features unique to the Indian economy. These features, I believe, are important to appreciate my comments on emerging market concerns.

What are the unique features of the Indian economy that distinguish it from other EMEs?

Third, given the right balance between domestic consumption and saving on the one hand, and infrastructural bottlenecks in major areas (such as power, roads, urban infrastructure as also social infrastructure) on the other, India is essentially a supply-constrained economy.

Just before the crisis, such supply concerns led to a view that there might be overheating in the economy. Generally, weak external demand has led to some externally induced cyclical slowdown. However, as the global economy recovers, supply constraints are again expected to be binding.

Against this backdrop of the unique features of our economy, let me turn to the five concerns that I want to raise.

While there is broad agreement that we need to exit from the present excessively accommodative monetary and fiscal policies, there is less agreement on when and how we should exit. There are incipient signs of recovery. Industrial production has picked up in the past couple of months, but export growth remains negative. Business confidence surveys suggest recovery from the troughs touched a year ago although the confidence levels remain below the earlier peaks.

Even as recovery remains weak, consumer price inflation is running in double digits on the back of high food prices. While the headline wholesale price inflation remains low (0.84 per cent for the week ended September 19, 2009)  it was even negative during June-August 2009 -- CPI inflation has been persistently high for almost a year.

Higher food prices in our case are partly a result of the structural demand-supply imbalances. At present, cyclical factors are also at play. Monsoon in the current season, which ended on September 30, has been the weakest since 1972. Agricultural output is expected to suffer and this could keep upward pressure on food prices in the coming months. High food prices are, therefore, a mix of structural and cyclical factors.

While the buffer stock of foodgrains and better supply management could mitigate the adverse effects to an extent, imports are not an easy solution given the requirement.

Although inflation pressures emanating from higher food prices may limit the scope for monetary policy action, there are implications for inflation expectations.

Furthermore, unlike the major advanced economies, growth remains positive. Real GDP growth was 6.7 per cent in 2008-09 and is expected to be 6.0 per cent (with an upward bias) as per the Reserve Bank's July 2009 projections. In view of the country specific features, we may need to exit from accommodative monetary policy earlier than advanced economies.

Major central banks  such as the US Fed, the ECB, the BoE  have flushed their financial systems with unprecedented amount of liquidity. Till the first quarter of 2009, this liquidity was finding its way back to the central banks as excess reserves because of risk aversion.

Moreover, as noted above, in view of incipient inflationary pressures, policy rates in our case may have to be tightened ahead of those in advanced economies. The resultant larger interest differential may attract larger capital inflows.

Will capital inflows be modest or turn into a flood as in 2007? The latter concern is particularly relevant in view of abundant liquidity in the major advanced economies. What will the implications be for exchange rates? In India, the current account is in modest deficit; hence large and volatile capital flows can impose macroeconomic costs.

Emerging market central banks have three options in managing capital flows. The first option is for the central bank not to intervene in the forex market and let the exchange rate bear the burden of adjustment.

Second, the central bank can intervene in the forex market, but refrain from sterilisation. Such an approach runs the risk of excessive growth in monetary and credit aggregates which can lead to higher inflation as well as credit and investment booms and create financial fragility.

The third option is to sterilise the interventions.  Irrespective of the method of sterilisation, the financial cost of sterilisation in terms of national balance sheet is obviously ultimately borne by the government even though direct costs may be borne by separate agencies. Sterilised intervention can exacerbate fiscal pressures, but this needs to be assessed against the benefits of macro-financial stability.

Following the collapse of Lehman Brothers, the global economic outlook deteriorated sharply, and the Indian economy got impacted by the contagion through all the channels  the financial channel, the real channel and the confidence channel. The Reserve Bank's crisis response included, like in the case of other central banks, both conventional and unconventional measures.

In response to the easing of policy interest rates and abundant liquidity made available, market rates eased significantly. Yields on 10-year central government securities fell from 8.6 per cent at end-September 2008 to 5.3 per cent by end-December 2008.

This trend has since reversed with yields hardening since the beginning of the current calendar year on the back of large and abrupt increase in the government borrowing programme.

In contrast, interest rates on bank deposits and loans have exhibited stickiness. While the Reserve Bank cut the effective policy rate by 575 basis points, banks' benchmark prime lending rates have seen a reduction of only 100-275 basis points. This stickiness has impeded monetary transmission and blunted the intended impact of policy actions. What is the explanation for the stickiness in the interest rate structure of banks?

There are several factors that cause this stickiness  the higher rates of interest offered by the small savings instruments which discourage banks from reducing deposit rates, the high cost of deposits raised by banks during earlier tighter monetary policy regime which raised their weighted average costs, and the large government borrowing programme which pushed up yields on government securities.

These deficits are large and need to be rolled back. What is the scope for adjustment? What lesson does our past experience offer?

As a result of the discipline imposed by the Fiscal Responsibility and Budget Management (FRBM) Act, the Centre's fiscal deficit came down from 6.2 per cent of GDP in 2001-02 to 2.7 per cent in 2007-08. Over the same period, the deficit of the state governments declined from 4.1 per cent of GDP to 1.5 per cent.

Thus, we saw a large adjustment over a relatively small period. This past experience with fiscal adjustment may raise hopes that we will be able to roll back the recent fiscal deficits.  Such a simplistic approach may be misleading. A large part of our fiscal deficit is structural and not cyclical. Also, at least a part of fiscal consolidation resulted from high growth, not the other way round. It is important to acknowledge this in order to define the problem and assess the enormity of the challenge.

Three issues are important in this context.

First, this concept of 'fiscal adjustment over a cycle' is inadvisable for us. Adjustment over a cycle is for mature and advanced economies. Even there it does not work - the UK, for instance, was running its highest fiscal deficit at the peak of the economic cycle. We will be safest sticking to a single formula and tying ourselves down to annual, inflexible targets. This is a blunt but safe way of de-linking fiscal adjustment from democratic pressures.

Second, we must focus on the quality of fiscal adjustment, not just chase a numerical target. The ratio of capital outlay to GDP for the central government has stagnated between 1 and 2 per cent of GDP since the early 1990s from around 2-3 per cent in the preceding decade.

Third, we cannot sit back and hope that tax increase will deliver fiscal consolidation on a platter. Revenue expenditure has increased from around 12 per cent of GDP during the period 2000-08 to over 15 per cent now. We need to work seriously on expenditure compression. This is going to be politically challenging both at the Centre and in the States, but it needs to be done regardless.

Given the enormity of the crisis, financial sector regulation is being tightened under the aegis of international bodies such as the BCBS and FSB. There are proposals that would raise the reserve requirement of banks. New regulations for liquidity requirements are also going to be in place.

There are also proposals to require banks to hold government securities. Many of these measures are necessary. But we need to recognise that all such proposals will have the impact of increasing the banks' funding costs which will translate into higher lending rates.

How will banks react to such higher costs? Will this lead to an erosion of banks' social responsibility towards the poorer and other needy segments of the society? In economies such as India, a large part of population remains financially excluded. We will need to ensure that efforts at financial inclusion do not get negated by the ongoing tightening of the regulatory regime.

In order to safeguard financial stability, we have traditionally used a variety of prudential measures such as specifying exposure norms and pre-emptive tightening of risk weights and provisioning requirements. But these measures are not always costless.

For instance, tightening of risk weights arguably tempers the flow of credit to certain sectors, but excessive, premature or unnecessary tightening could blunt growth. Similarly, exposure norms offer protection against concentration risks; however, such limits could restrict the availability of credit for important growth sectors. This is a live issue in our country in the context of the immense needs of infrastructure financing.

Thus, as in the case of price stability, central banks face the challenge of managing the trade-off between financial stability and growth.

It needs to be recognized that after a crisis, with the benefit of hindsight, all conservative policies appear justified. But excessive conservatism in order to be prepared to ride out a potential crisis could thwart growth and financial innovation.

The question is what price are we willing to pay, in other words, what potential benefits are we willing to give up, in order to prevent a black swan event? Experience shows that managing this challenge, that is to determine how much to tighten and when, is more a question of good judgement rather than analytical skill.

This judgement skill is the one that central banks, especially in developing countries such as India, need to hone as they simultaneously pursue the objectives of growth and financial stability.