6 reasons why you will remember September

Looking back 20 years from now, the month just gone by will loom even larger in history books, says Shankar Acharya. 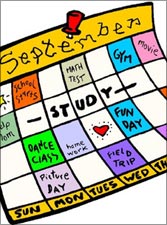 Everybody remembers September 2008. And they will do so for many years to come. That was the month when the American financial system teetered on the brink of collapse, sending shock waves throughout the world economy and precipitating the Great Recession.

However, if one were to look back 20 years from now, it may well be that September 2009 will loom even larger in the history books. At least, I offer that as a contrarian possibility. Here are six reasons why the month just passed may well turn out to be one to remember.

First, September 2009 was the month when the weight of emerging data and its assessment by knowledgeable analysts coalesced in an almost universal judgment that the worst of the Great Recession was over and recovery had set in.

In country after country across the world, industrial production and GDP had stopped falling and an upturn was clearly under way.

Across the globe, stock market prices had bounced back and even house prices were turning up. In fact, compared to the gloom and doom forecasts by international financial institutions such as the IMF and the World Bank, as recently as spring 2009, the recovery from the Great Recession was happening earlier than expected.

Of course, there was a healthy debate on the strength and durability of the recovery, and the extent to which legacies of private and public debt and high unemployment would weigh down future growth. Terms like the 'new normalcy' had entered the lexicon.

But the confidence that the worst was over had become palpable by September, and that, in itself, had helped rekindle the animal spirits of investment and production.

Second, the global financial crisis and the Great Recession had spawned the birth of a new institution, the G-20 Summit, which first met in November 2008 (in Washington), then in April 2009 (in London) and most recently in late September 2009 (in Pittsburgh).

Against substantial odds and high scepticism from the 'nattering nabobs of negativism' (in Spiro Agnew's immortal phrase), this unwieldy grouping of world leaders from rich and poor countries did actually manage to reach a substantial agreement on the content of coordinated policy responses to the economic and financial crises.

This unexpected success was validated in the Pittsburgh meeting last month, which decided that, on economic and financial issues, the G-20 summit would be henceforth the key vehicle for informal global governance. Thus September 2009 marks the month when the 30-year-old dominance of the G-7/8 receded and was formally supplanted by the G-20.

Third, it is reasonable to conclude that September 2009 was when China's inexorable rise as a global economic power became universally acknowledged. Indeed, the emergence of the G-20 had much to do with the rise of China, including her notable success in mitigating global recessionary forces through huge fiscal stimuli and higher bank lending.

Another obvious marker of China's ascent to the top table was the UN Summit on Climate Change in New York last month, where President Hu Jintao's rather general statements on China's policies to reduce the energy-intensity of her growth (and thus moderate greenhouse gas emissions) received very prominent and favourable coverage from an almost fawning Western media.

The massive and impressive October 1 parade in Beijing, to celebrate the 60th anniversary of the birth of the People's Republic of China, emphasized the country's rise to a great-power status.

Fourth, in the middle of September, a brand new government took charge in the world's second largest economy, Japan, after half a century of almost unbroken rule by the Liberal Democratic Party.

The general elections at end-August had swept the LDP out of power and given a massive majority to the Democratic Party of Japan, led by a diffident, scholarly Yukio Hatoyama.

Early indications suggest that the new government will be more independent of the US, more Asia-centric in its policies, less tolerant of the close nexus between politicians, bureaucrats and big business (which had characterised the long era of LDP rule) and more responsive to consumer interests and 'green' policies.

Although it is too early too tell, the toppling of the LDP structures of governance could have profound long-term implications for Japan and her neighbours.

Fifth, towards the end of September, there was another general election, in Europe's largest country, Germany, with the fourth largest economy in the world. Angela Merkel comfortably won her second term in coalition with her preferred partner, the Free Democratic Party, and successfully freed herself from the earlier uneasy alliance with the Social Democratic Party, which did badly in these elections.

The German elections of September 27 have been described by some analysts as the most boring in the country's history and little noted in the rest of the world. The deeper significance of this 'boring' election may lie with the stability and normalcy that unified Germany now provides in the heart of Europe.

After all, this was the country which plunged the world into two deadly and destructive global conflagrations in the first half of the last century. Recently released official documents show that just 20 years ago, both France and the UK were seriously concerned over the prospect of German unification after the collapse of the 'iron curtain'. Now, a general election in Germany attracts little notice.

It's like the case of the dog that didn't bark. The political and economic health of Germany has become more important to Europe's future than at any time since unification.

Last, but by no means the least, India also figures in the historical importance of September 2009. This was the month that scientists in India and the US concluded that the data collected by India's lunar space mission, Chandrayaan-1, provided conclusive evidence of water molecules on the moon. Within hours of that announcement, futurologists were speculating about establishing human settlements on the lunar surface.

So, dear reader, have I persuaded you about the historical significance of last month's events? No? Never mind. We don't always have to agree.

The author is honorary professor at ICRIER and former Chief Economic Adviser to the Government of India. The views expressed are personal

Japan: New leader Hatoyama gets down to business