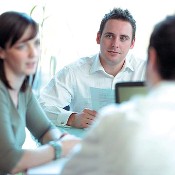 Instead of a one-size-fits-all strategy, employees can be allowed to tailor their benefits package to their specific needs, writes Shyamal Majumdar.

A leading multinational company in India had an elaborate healthcare and insurance scheme for its staff as a part of its employee benefits plan. The HR head thought the plan was a winner as it kept employees happy, thereby making the company an employer of choice.

Two things made him change his mind. One, the management woke up to the fact that the company was facing double-digit increases in healthcare costs and premium; and two, internal surveys showed employees, especially the younger ones, weren't too happy with the benefits plan.

The company has since shifted to what is called a flexible benefits plan where the costs are shared between the employer and the employees.

Under the flexible benefits programme, the MNC found that a quarter of employees chose a six-month sabbatical (after five years of service) and profit-sharing as their preferred benefits. And while over half of those over the age of 45 years chose private medical insurance as one of the main benefits they would like to receive, those in the 24-30 age group had a fancy car and a free in-house bar on top of their priority list.

Flexible benefits plans, also called cafeteria plans, are arrangements in which employees tailor their benefits package to their specific needs. Employees can select the benefits they value most and may forgo benefits of lesser importance to them.

Under a flexible arrangement, an employer allocates a specified amount of money to each employee to 'purchase' benefits. In this way, the employers control the amount they spend on each employee for benefits, while the employee selects the benefits. This method differs from a traditional benefits programme, in which an employer offers a standard package with few, if any, choices to employees

The MNC is still in a minority. Watson Wyatt, which recently conducted an employee benefits trends survey across 12 countries in the Asia-Pacific region, including India, found that provision of traditional benefits - under which a similar set of benefits are offered to all employees - is dominant in the Asia Pacific region.

In view of the fact that employers spend a substantial amount of money on benefits provision, there is an increasing pressure on HR managers to deliver a more value-effective benefits design.

This is important as China and India stand out as countries that have the highest percentage of companies with a corporate benefits strategy - 84 per cent and 79 per cent, respectively.

The costs in providing such benefits, however, are rising. Flexible benefits is an approach that has the potential to overcome the limitations of traditional benefits as it provides a better control over costs and improves the employee's perception of benefits, Watson Wyatt says.

It is easy to understand why cost should emerge as both a key HR challenge and a driver of benefits provision. Companies in Asia seem to be spending a significant proportion of their payroll on benefits.

This is of course in contrast to countries such as India, Malaysia and Thailand where employees are more positive about the value associated with the benefits - only about one-fourth of employers think employees undervalue the benefits given to them.

The survey brings out quite a few disturbing trends as well. About half the companies in the sample do not provide communication programmes around the total employee reward; few allow employees to choose the benefits they value the most and therefore not surprisingly, the total investment is still not well appreciated by employees.

Watson Wyatt says the economic turbulence has driven companies to make short- and long- term cutbacks in almost every aspect of their operating costs. In many cases, the single biggest business cost is people: Salaries and benefits.

Most companies have responded by implementing salary freezes or containing salary growth. On the other hand, growth in benefit costs remains in double digits and shows no signs of easing, particularly with medical costs continuing to rise.

On top of that, a large number of employees still do not understand or fully value the benefits programme that their companies are providing at a substantial cost.

They have all reviewed their benefits strategy in the last six months and are more positive about the effectiveness of benefits provided. Based on the findings of the Watson Wyatt survey, it can be safely assumed that organisations that have a clearly-defined benefits strategy, effective employee communication programmes around total rewards, and which provide employee choice through flexible benefits are better positioned to manage costs and have greater success in the attraction, retention and engagement of key talent -the most important factor for competitive success.

The Law Society in the UK found that out after it launched a new flexible benefits scheme, called Your Flex with the idea of enabling staff to tailor their benefits to their needs. Making a benefits package more relevant means allowing staff to opt out of benefits altogether if they want to.

You Flex gave staff a 'flex pot' worth 3 per cent of base pay, which could be taken as cash or could be used to buy benefits. Despite the scheme being launched in the middle of a recession, the majority voted with their feet and showed they still value benefits over cash.

When the scheme went live, almost 90 of the 1,400 employees chose benefits over cash, the most popular being a new defined contribution pension plan.
Shyamal Majumdar
Source: