Can we afford the draft direct taxes code?

M Govinda Rao on the shortcomings in the code.

The unveiling of the draft code on direct taxes is a part of the programme of "building a trust-based simple, neutral tax system with almost no exemptions and low rates designed to promote voluntary compliance" which the Union finance minister had promised in the Budget speech. 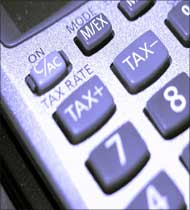 After taking into account the views of various stakeholders and the public, the code will be adopted for implementation from 2011. The code seeks to bring about a paradigm shift in the direct tax system. As stated by the finance minister, the objective of the new code is "...to improve the efficiency and equity of our tax system by eliminating distortions in the tax structure, introducing moderate levels of taxation and expanding the tax base."

With this, he hopes to have established the foundation for a truly modern tax system. While the clean-up of the maze created by various amendments is clearly due, it is important to ensure that in the process we do not aggravate the already strained fiscal situation.

Surely, there is an urgent need to overhaul the Indian income tax system to bring about the much-needed simplicity and transparency and to minimise distortions. The Income Tax Act was enacted in 1961, and over the years, the system has acquired tremendous complexity.

The plethora of exemptions and tax preferences to fulfil a variety of objectives has not only eroded the base but also complicated the tax system with unintended consequences on resource allocation. A good tax system should minimise the cost of collection, compliance cost and the cost to the economy in terms of the distortions it creates while generating revenues.

Not surprisingly, the all-round reduction in rates has received an enthusiastic response, but there are discordant voices on giving up exemptions and preferences. On the whole, businesses and the media have welcomed the draft code on the perception that a significant proportion of the tax payers - both persons and businesses - will have to pay lower taxes.

Everyone hopes that the revenue lost from lowering the rates will be more than made good from the expansion of the base due to the withdrawal of exemptions and preferences and better tax compliance from the lowering of rates. It was Lord Keynes who stated: "Soon or late, it is ideas, not vested interests, which are dangerous for good or evil." But the Indian tax system has been affected more by vested interests than by ideas and eventually, we should not end up with lower rates with continued exemptions and preferences!

The new tax code seeks to broaden the base and rationalise the structure of personal income tax in a variety of ways. The removal of exemptions for house rent allowance, partial taxation of leave travel concession and medical reimbursement and reduction in the permissible deduction for repairs and maintenance in the rental income from 30 per cent to 20 per cent are some of the measures proposed.

The selectivity in savings instruments for exemption will alter the rates of return on them in unintended ways and taxing the savings at the time of withdrawal, particularly the public provident funds and life insurance payments, may not be easy to carry through. The distinction between short-term and long-term capital gains and the exemption on the latter have been done away with. The securities transaction tax too goes in the new system.

As regards corporates, the code proposes to grandfather area-based exemptions, tax breaks on sectors like IT are to be withdrawn, profit-linked incentives to be replaced with investment-based incentives and profit to be determined on certain hard-to-tax sectors such as retail trading, transportation and construction businesses in a presumptive manner.

In 2009-10, the estimated revenue from personal income tax is 2.2 per cent of GDP and reduction in the tax rates is likely to reduce the revenue by at least half a per cent of GDP.

Such a massive giveaway may only make the fiscal adjustment process that much more difficult. At the same time, the proposed levy of wealth tax for those with wealth more than Rs 50 crore (Rs 500 million) at 0.25 per cent would be ineffective as it is unlikely to generate any significant revenues.

The most contentious issue is the proposal to withdraw exemptions to charitable institutions. Presently, not-for-profit organisations (NPOs) enjoy exemption on their donations as well as any surplus they create under Sections 80-G or 35 (1)(3) of the Income Tax Act.

The draft code proposes to exempt donations but tax any surplus generated at 15 per cent. While many might have misused the provisions, it would be improper to deny the benefit to genuine charitable institutions, research organisations and other NPOs which do considerable philanthropic work and further the cause of education, health and research.

The draft code does not seem to recognise the good work done by these institutions. In the case of research institutions, it should be easy to identify the genuine ones as most of them depend upon government support and any surplus generated would only reduce the government's burden in the long term.