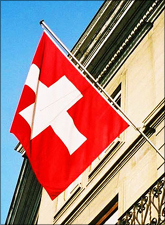 The Swiss banks' proposal to levy a withholding tax on the income generated from assets of Indian nationals and held in Swiss banks, is not worth treating seriously.

The idea is that Swiss banks will levy the tax without disclosing the names of people paying the tax, and hand over the tax to the Indian government.

The offer by Urs P Roth, CEO of the Swiss Bankers Association, has been made against the backdrop of talks with Switzerland on a new tax treaty, and is therefore an attempt by Swiss banks to avoid giving details of Indians holding their wealth in Swiss banks (pace the UBS capitulation before US tax authorities).

Among the problems with the proposal, the concept of a tax on interest income is nebulous since Swiss banks are not known for paying generous interest rates on deposits.

Also, since the proposed tax would imply the fulfilment of a tax obligation, the legal implications need to be examined. If the implication is an amnesty, the offer loses all meaning.

The fact that names and other details of bank account holders will not be disclosed to the government is of course a serious drawback to the proposal, for it means that no independent verification is possible. The fact that the offer has been made so early in the discussions on a new bilateral tax arrangement suggests that pressure from the government could lead to more substantive offers that include the sharing of information.

There is the precedent of the German authorities handing over data relating to Indians holding money in Liechtenstein, on the agreed condition that the information would not be disclosed to anyone. If the Swiss authorities were to match that offer, it would be something to take more seriously.

The government in turn should be aware that the UBS case is not the correct reference point to keep in mind. UBS did not hand over the details of tax defaulters to the US government because of simple political pressure. The US tax authorities had information from a former UBS employee which could have pointed to UBS' role in facilitating tax evasion, and filed a case in court against UBS.

It was only when it became clear to UBS that it was going to lose the case that it decided to cooperate with the US authorities.

Given India's poor track record with following even local tax trails, it would be reasonable to set sights a little lower.