Why budget schools in India must be kept alive

Unrecognised private schools, which cater to the poor in slums and villages of India, have been under threat for a long time. With the passage of the Right to Education Act, the threat is real. 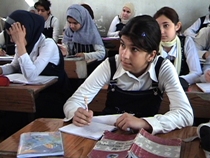 The new law specifically calls for these schools to be closed or recognised within three years. In 2008, the Delhi High Court had also wanted to close roughly 10,000 such schools in the national capital. The reason why budget schools do not get recognition is because they do not meet standards. They, for example, do not have a playground of a certain size or they cannot pay the minimum salary for a government school's teacher, which is over Rs 20,000 a month after the Sixth Pay Commission. To pay such a salary or to have such a playground, they would have to quadruple their fee, and the poor would no longer be able to afford it.

Unrecognised private schools are successful because teachers are accountable to parents who can always move their children to a competing school if they are not satisfied. In a government school, there is little accountability as teachers have permanent jobs with their salaries and promotion unrelated to performance. Hence, one in four government-run primary-school teachers is absent and one in four who is present but is found not to be teaching. This horrendous situation is obvious to the poorest parents.

No one knows how many unrecognised schools exist in India but estimates range in lakhs. The move aimed at closing down institutions that serve communities and meet a gap in the supply of education seems bizarre and even immoral. The government's answer is that these schools are of poor quality. This means that it thinks that millions of parents who send children to these inferior schools must be stupid. Why would parents spend their hard-earned money when a child could be educated for free and get a free mid-day meal in government schools? The government's answer is that parents are duped by "unscrupulous elements". It is the command mindset: "I know what is good for you!" You can fool some people some of the time, they say, but not all the people all the time - lakhs of private schools cannot enrol millions of children for decades unless they meet a genuine need. The irony is that while sending its own children to private schools, the establishment opposes a similar choice for the poor.

Why is it that we do not trust private initiative in education? Even eminent persons like Amartya Sen, who believe in the efficiency of the market, draw a line when it comes to delivering education privately. Our animus against the market may have diminished after liberalisation in 1991 and the fall of communism, but most Indians still suspect capitalism. People increasingly believe that markets deliver prosperity but they do not think that capitalism is moral. Even those who work inside the system feel guilty and do not value what they do.

Greater reflection will show that human self interest goes a long way in ensuring good behaviour in a competitive marketplace. A seller who does not treat his customers with fairness and civility will lose market share. A company that markets a defective product will quickly lose its reputation and its customers. False claims will lower sales. A firm that does not promote the most deserving employees will lose talent to its competitors. A purchase manager who does not buy at the right price will soon make his company uncompetitive and it will not survive. Lying and cheating will ruin a firm's image, making it untouchable to creditors and suppliers. Hence, the free market does offer powerful incentives for an ethical conduct backed, of course, by state institutions that enforce contracts and punish criminal behaviour.

I used to believe that government schools were the only answer for universal education. Then I read interviews with parents in slums about why they had removed their children from government schools with better facilities. The answer in most cases was that teachers did not show up, and when they did, they were not interested in teaching. Parents felt helpless and could do nothing because teachers only felt responsible to superiors in the state capital. Moreover, parents wanted children to learn English and computers, but teachers were either indifferent or incompetent to meet this demand. Budget private schools may do a bad job when it comes to teaching English, but at least they try. Teachers are more motivated, and there is the ever-present threat of losing the child to a competitive school. Now I understand why more than half the children in India's cities and a quarter in India's villages are in private schools.

The solution is not to close down budget schools but to understand their situation. Since they cater to the poor, there could be a graded system of recognition. If we can have a first and a second class in the train, why not officially designate "first" and "second" categories for schools. Since real estate is expensive, allow budget school to operate with a smaller play area. Don't insist on government salaries for teachers but give them autonomy to pay what the market allows. Set up rating agencies to assess the quality of both the government and the private schools to help parents to exercise choice. Of course, our first priority must be to reform government schools and once that happens, who will want to send her child to a private school anyway?

Finally, don't be contemptuous. Don't refer to them as "mushrooming schools run by unscrupulous elements". Instead, look at them as a heroic example of people solving their own problems. School entrepreneurs are like micro-finance companies that are trying to compete and "make a fortune at the bottom of the pyramid". What they need is a safe environment free from rapacious inspectors. They need titles to their property so that they can use it as collateral to raise expansion capital. Like microfinance, which has come of age, budget schools will one day build scale and brand names. They are symbolic of India's unique economic model - of a nation rising despite the state.

He is the author of "The Difficulty of Being Good: On the subtle art of dharma "