The politics behind slow economic reforms

If India has to exploit its latent potential and attain the targeted growth rate of 9-10 per cent annually in the coming decade, reforms of economic policies and administrative systems are critical imperatives, A K Bhattacharya. 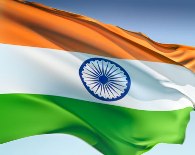 Popular anguish over the slow pace of economic reforms has grown more intense in the last few weeks even as Congress President Sonia Gandhi takes charge as the head of the National Advisory Council and Prime Minister Manmohan Singh's grip on the policy-making apparatus of the United Progressive Alliance (UPA) government appears to get weaker.

The developments are inter-connected and you are likely to miss the larger point if you see them in isolation.

With the UPA government virtually hobbled by its inability to get legislative changes passed by both houses of Parliament (it does not have enough numbers to get a Bill passed if the BJP and the Left combine to oppose it!), Manmohan Singh's dream of getting the nuclear liability Bill cleared is shattered.

Even several other reform Bills can be cleared only if the Left and the BJP agree to support them. In the current political milieu, that seems unlikely and the UPA government is preparing for a period of legislative holiday at least until the next Budget session of Parliament begins.

Make no mistake that the slow pace of economic reforms and the numerous hurdles in the way of clearing several crucial legislative Bills will be harmful for the Indian economy.

If India has to exploit its latent potential and attain the targeted growth rate of 9-10 per cent annually in the coming decade, reforms of economic policies and administrative systems are critical imperatives. Without these changes, India's demographic dividend may well turn out to be a demographic disaster.

Significantly, however, those who regret the slow pace of reforms are also worrying about the emergence of the politics of entitlement under different Central government schemes.

In her first stint as the chairperson of the National Advisory Council, Sonia Gandhi made sure that the UPA government introduced the National Rural Employment Guarantee Scheme. That was essentially a cash transfer scheme to increase the entitlement of the rural poor.

As Ms Gandhi takes charge of the Council once again, the pressure is set to rise on the Manmohan Singh government to provide more funds for similar entitlements for the poor under different schemes.

The right to food and the right to education are only the first two such new pieces of legislation that are now being talked about. Many more such schemes are likely to be added to this list in the months to come.

The government needs resources to finance such schemes. If economic growth does not pick up, the government's revenue inflow too will suffer. One way to expedite growth is to speed up economic reforms. If reforms have hit a roadblock, from where will the government get the funds to finance these cash-transfer or entitlement schemes?

It is important to diagnose this problem and place it in the right context. Reforms in this country have so far taken place only in relatively easy areas. Opening up external trade, industrial policy relaxations and limited financial sector reforms were all initiatives that directly benefitted trade and industry.

The assumption was that such reforms would lead to growth and its benefits would trickle down to the common man.

However, there is no denying that such trickle-down benefits of growth do take a long time to reach the common man or the aam aadmi which is UPA's primary constituency.

In a democracy, the long wait for reforms to benefit the aam aadmi can often result in the mobilisation of powerful forces against the logic of reforms per se. India is not China. Reforms in this country can continue unhampered only if their potential beneficiaries and stakeholders grow in number.

It is, therefore, important for the UPA government to introduce reforms in a manner in which its aam aadmi constituency also benefits. While that can be a long-term goal and it will take several years before the benefits of reforms can reach the common man, introducing entitlement schemes for the underprivileged people in the short term can prevent any substantial build-up against the very process of reforms.

In a way, entitlement schemes or cash-transfer programmes can become an important ally for a government that is serious about implementing reforms across different sectors.

So, while the anguish over slowing down reforms is justifiable, there is no need to complain about the emergence of entitlement schemes. Indeed, the time has come for all reformers in the government to embrace these entitlement schemes and introduce checks by which only the truly underprivileged people get such benefits.

The introduction of a unique identity scheme for all residents and enforcement of economic criteria for entitlement to cash-transfer schemes should be the right steps in this direction.