No government action on most CAG reports 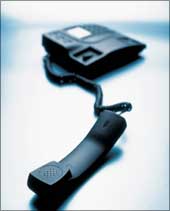 The questions the Comptroller and Auditor General of India has asked the communications ministry under A Raja really cut to the heart of the heart of the 2G licence scam in 2008, a scam estimated by many to have cost the government around $8-10 billion in terms of lost revenues.

That year, instead of auctioning, the ministry decided to allocate licences to a handful of firms at exactly the same prices that were paid way back in 2001 when similar licences were last auctioned.

Like most other observers at that time, CAG has asked the ministry for an explanation as to why, when it had announced that licence applications would be taken till October 1, 2007, it then decided to issue a press release on January 10, 2008, saying that only those applications that had been received till September 25, 2007 would be considered.

This January 10 press release ensured that of the 575 applications the ministry got for licences/spectrum, only 232 were processed. After this, the CAG queries get a lot more specific and even tougher to dodge.

CAG says while the decision to process applications received up to September 25 was taken in November 2007, it was made public only on January 10, 2008 -- why the delay, CAG wants to know.

On January 10, 2008, CAG has found, another press release was issued, asking companies to assemble in the ministry by 4.30 pm on that day.

This release was not issued through the Press Information Bureau as normally happens but was put only on the ministry website. In other words, only a limited number of firms got to know this.

This second press release, CAG says, was uploaded on the DoT site at 2.45 pm on January 10, 2008 but 78 applicants managed to submit their bank drafts by close of day -- since such efficiency is not normal, it suggests a handful of firms had their drafts ready even before the press releases were issued.

The real issue, however, goes way beyond this.

Let's assume CAG finds the ministry's replies unsatisfactory. What then? Can we expect the government to take some action? The answer seems unlikely if you look at the fate of various other CAG reports of importance.

When CAG did an audit of the celebrated VDIS amnesty scheme of 1997, it drew attention to very serious flaws -- accused persons in various scams such as the cobbler scam in Maharashtra or hawala transactions, were allowed to get amnesty though the law was clear they were debarred; since amnesty-seekers were allowed to declare their wealth in the form of silver and state when they had bought the silver (in some cases, the silver declared was claimed to have been bought way back in 1933), this effectively lowered the VDIS tax rate from 30 per cent to around 2 per cent; a similar fudge was noticed in the case of jewellery where people were allowed to say they had bought the jewellery in 1986 when rates were much lower. Yet, no action was taken.

When the Delhi Vidyut Board (DVB) was privatised, CAG found there was a difference of over Rs 3,000 crore (Rs 30 billion) in the total receivables depicted in DVB's balance sheet and that worked out by the consultant -- this allowed a lower valuation in the sale price. Once again, no action.

Look at the Action Taken Notes for various CAG reports and there is a huge gap, sometimes as high as 50 per cent. In other words, an exceptionally high proportion of CAG reports don't result in the government taking credible action. So why bother?