Nothing could trivialise the sanctity of Parliament than a JPC on the IPL. We need a JPC to cover the tax havens and its impact on the Indian economy, says M R Venkatesh. 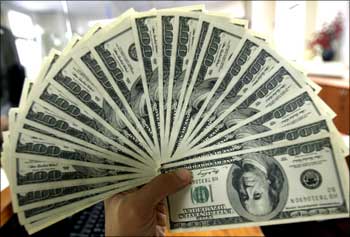 The tagline could not have been any better for the Indian Premier League.

That, in turn, ensured IPL became one of the biggest brands in India. Stunningly, in 2010, it was valued at approximately $4 billion (about Rs 18,000 crore).

IPL was definitely well managed with virtually everything was going on with clockwork precision. In spite of the poor state of our infrastructure, matches started on time, day in and out, in every city. There were no power cuts during matches when the entire country was reeling under severe power shortages.

Teams somehow managed to reach the ground well on time despite the appalling state of our roads. Flights were operated on time and some diverted to ensure that teams reached their destination without much fuss.

The famed Indian bureaucracy suddenly inspired itself, state after state, to ensure perfect logistical support for the success of this tournament. Importantly, there was nothing frugal about IPL, except perhaps the dresses of the cheerleaders. No wonder the valuations grew exponentially.

That was not all. IPL spawned an ecosystem unparalleled in any other sport or occasion in India. For nearly forty days the nation came to a virtual standstill.

Restaurants and other public places were filled with people till late night watching the matches. Hotels and tourism industry had brisk business. Conversation in offices invariably centred on the 'what-if scenario' of the match the previous night. People in the know tell me that cheerleaders were invited from various countries (mostly the CIS countries) who doubled as 'companions' post match. Forget morality, economics prospered across continents thanks to IPL.

But events of the past two weeks suggest IPL turned out to be the Indian version of the mock WWF wrestling matches. Behind all the glitz and the glamour, IPL apparently was a huge scam since inception. What is galling to note here is that the entire business plan for the IPL was orchestrated by politicians, some of whom as press reports suggest, invariably 'fixed' the outcome of these matches.

Without official patronage of the powerful political class it is impossible to believe that IPL could have been so successful. Remember, at the state level the Board of Cricket Control of India is virtually controlled by powerful politicians or their benamies. That makes BCCI a cartel of powerful men.

As these biggies in the BCCI repeatedly and successfully stonewall attempts to disclose the ownership details of franchisees, naturally, the rumour of sweat equity having been issued to several of our political class -- both at the Centre and the states -- is gaining credibility by the day.

That is not all. Despite being predominantly an 'Indian' affair, substantial portion of the investments of franchisees were inexplicably routed through Mauritius, Cayman Islands and other tax havens.

That, in turn, lends authority to the allegations of money laundering and re-routing it through tax havens.

Importantly, all these were done without any let or fear of the tax authorities, the Enforcement Directorate or the Reserve Bank of India. Did these watchdogs simply turned a blind eye all these years under official instructions from their political masters? Or were all intimidated by the presence of politicians and therefore chose discretion over valour?

If that were so why did the skeletons tumble in such rapid succession now?

Nevertheless this question can be well answered only by rephrasing it -- who is the target of all these exposures? Sacked IPL Commissioner Lalit Modi and former Minister of State for External Affairs Shashi Tharoor who fell by the wayside in the past two weeks were merely expendable pawns on this chessboard. The answer to this question is obvious -- it is Agriculture Minister Sharad Pawar.

The next apparent question -- Why? Was Pawar attempting to form a Third Front government along with others with the outside support of the Leftists and the Bharatiya Janata Party?

Remember, it is Pawar alone who has political ambition, connections and ability to carry out this coup. Naturally, that explains the virulence with which Pawar has been the target of this expose by the government.

But is it so simple? The sudden emergence of the telephone tapping issue wherein the government has allegedly tapped the phone conversation of several key persons in this scam -- notably that of Pawar -- seems to suggest it is. The government has, of course, vehemently denied any phone-tapping.

Whatever be it, it shall be pure political manoranjan in the coming weeks.

As I write this piece, political focus seems to shift from IPL to telephone tapping. In the bargain, political parties that were gunning for Pawar's head last week may well rise in Parliament to defend him this week! In the process it would well signal the silent burial of IPL scam.

Needless to state, that would suit some of our rich, bold and the beautiful.

Moreover, once Pawar ensures to the satisfaction of the powers-that-be that he is not attempting a coup, necessary steps would be taken to dilute the entire range of issues, including telephone tapping. That could perhaps be done through the JPC itself!

In the alternative, if Pawar is dropped from the Cabinet or if the government itself collapses, constituting the JPC becomes irrelevant.

Not a JPC to obfuscate but get at the whole truth

Despite all the sound and fury, the quantum of sleaze of IPL is relatively small. If investments for IPL were routed through tax havens, ED and RBI can easily do the needful. If anyone has fixed matches, it is easy to get at them through the police. All this is possible provided one has the will.

All this makes the entire call of the opposition to constitute the JPC on IPL issue simply ridiculous. IPL scam is all about a few hundred million dollars of investment (say Rs 2,000 crore) routed through tax havens, coupled with the alleged match fixing running into a few thousand crore rupees.

In the process, however, little do we realise that approximately $90 billion (Rs 450,000 crore) of unaccounted money has actually flowed into the country through Participatory Notes (PNs) from tax havens. We do not know the ownership details of these investments when for a mere fraction, we seem to cry for a JPC.

That is not all. In his reply to the motion of thanks to the President in March this year, the prime minister had confirmed that $140 billion (Rs 650,000 crore) of Indian money is lying in tax havens and outlined the efforts of the government in getting back those monies. While the PM did not disclose his source, it may be noted that obviously he did not talk of the entire quantum, which according to experts runs into several hundred billions, perhaps a trillion, dollars (Rs 4,500,000 crore).

It is evident that India requires a JPC, not just on IPL but on tax havens as a whole. It needs to get at the bottom of how our stock markets continue to be manipulated through PNs. We need to unearth the link between big business houses, Bollywood, and the underworld, as well as real estate and money laundering. We need to explore the link between our politicians and terror funding.

Over the past few years, several prominent Indian business houses have faked foreign investment or couched their ill-gotten wealth as FII investment by routing their own money through tax havens. The Securities and Exchange Board of India, RBI, ED and tax authorities are seemingly ineffective when it comes to tackling these issues.

Similarly, the source of money for NGOs and funding for our political parties too should be probed. Several criminals in India get away for want of appropriate investigation. Therefore, a JPC to probe into the role of tax havens and its impact on the entire Indian economy would be in order.

But there is a snag here. With several politicians across the political spectrum alleged to have accounts in tax havens, it is in nobody's interest to have a JPC on tax havens. Instead, the terms of reference of the JPC would possibly be localised to the IPL scam to distract the attention of the nation. That would suit the government too as it would the opposition!

Remember, the Leftists too would have lots to explain given the expose made by the Mitrokhin archives a few years ago. Needles to emphasise all this depends on whether Pawar and the government are willing to smoke the peace pipe.

For three years, we were entertained by the Manoranjan Ka Baap. A JPC on IPL alone could be paap ka manoranjan -- a trivial affair where Parliament could well be investigating who was entertained by whom, when and where. Nothing could trivialise the sanctity of Parliament than a JPC on the IPL. We need something bigger and better. We need a JPC to cover the tax havens and its impact on the Indian economy.

The moot point is who within the political system will have the courage, integrity and sagacity to call for a JPC on tax havens? I suspect none.

The author is a Chennai-based chartered accountant.