Why politicians disagree with central banks 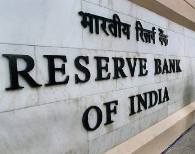 Central banks should be free to decide on monetary and credit policy, says Bimal Jalan.

The Economist recently (January 16) carried a story about stand-offs between central banks and politicians in places as far afield as the US, Argentina, Japan, and South Korea. Such stand-offs are by no means new.

What is new is that even in countries like Japan and South Korea, where political leaders are otherwise circumspect, they have come out openly against central banks' views on monetary tightening.

There are several reasons for this. The first is, of course, the severe impact of the financial meltdown in the US and the failure of central banks to take timely preventive action. Subsequently, interest rates were cut to near-zero and vast amounts of money were pumped into the economy. This helped, but not enough to revive the economy.

An equally important reason is popular disillusionment with government in power. This is most evident in industrial countries like the US, the UK, Japan and Germany. Unemployment rates are at unprecedented levels.

Despite some recovery, there is no commensurate increase in jobs. Less well-off sections are finding it difficult - for the first time after the Great Depression - to pay for bare necessities, including food. They blame their elected leaders for this and they, in turn, pass on the blame to central banks over whom, they say, they have no control.

Finally, questions are raised by experts on whether in a globalised financial system, independent decision-making by individual central banks makes any sense. Some banks are more conservative than others and their orthodox views about the linkage between interest rates and inflation may affect not only their economy but also markets in other countries.

All the arguments are partially valid. At the same time, it is extremely important to avoid taking any precipitate action to either politicise central banks or make them subordinate offices of the government in power. Just as the so-called "independence" was overdone in some countries by fixing a single target for inflation for their central banks (as in the UK), hasty action to reduce their autonomy may lead to perverse outcomes for growth as well as financial stability.

This is not because central banks are always right. At times, they can be too complacent, for example, in the US prior to the recent financial crisis. The Fed, led by the universally-applauded Alan Greenspan, was certainly wrong in declaring that the emerging asset bubble did not matter. But, suppose the Fed was not autonomous, could political leadership have taken the unpopular decision to check "over-exuberance"?

I doubt it. Action to prick a developing bubble by, say, raising interest rates is naturally unpleasant and unacceptable to corporates, investors and market operators. Widespread financial losses would have inevitably led to a media campaign that premature action by authorities had caused immense problems for the ordinary investor and resulted in recession.

The US was, of course, not alone in letting the asset bubble grow until it burst. Interestingly, India also experienced a similar bubble in 2007 (for reasons which were different from the US, such as, excessive tax-free foreign capital inflows in stock markets) - the Sensex rose by nearly 100 per cent, while the real economy was rising at 9 per cent.

The economy was certainly showing a high rate of growth, but growth in financial assets was as much as 10 times higher. While we were celebrating India's "decoupling" with the global economy, there was a reversal and the Sensex fell sharply!

After decline in the real economy in 2007-08, the US and several other governments were quick to respond. Fiscal stimulus packages were introduced. As these measures were politically popular, there was no hesitation on the part of governments to act decisively.

The real lesson emerging from the "disconnect" between the behaviour of financial markets and growth of the economy is simply that it is easier to take political action to "stimulate" the economy by creating high deficits and lowering interest rates than other way round, i.e. tightening monetary and fiscal policies to curb over-exuberance.

Earlier this year, RBI Governor D Subbarao was absolutely right when he observed that "getting out of an expansionary policy is incredibly more complex than getting in... You know how to get in but it is very difficult to know how to get out".

To handle the political asymmetry in doing what needs to be done in order to "get in" vis-à-vis what is necessary to "get-out", there has to be a clear division of responsibility between the government and the central bank.

The government should decide on the overall policy framework and trade-offs between different outcomes. Central banks should be free to decide on monetary and credit policy.

In India, unfortunately, the recent dispute between Sebi and Irda has cast a shadow over relative roles of regulatory agencies and the government. Without going into merits of the case, it needs to be emphasised that macro-economic role of central banks is far more important than their role as regulators of financial institutions.

Central banks have the overall responsibility of managing liquidity as issuers of currency and lenders of last resort. Further, they are responsible for managing exchange rates as well as determining interest rates.

The macro-economic role of central banks is thus more crucial than their regulatory role. In fact, the word "independence" is really a misnomer. It is often loosely used to describe what is actually not the case.

The country is one, but we need different agencies at the national level to decide on possible "trade-offs" and optimal policies in different areas (for example, internal security and fiscal balance or growth and financial stability).

The author is Chairman, Centre for Development Studies, and former RBI Governor.