News
Business
Movies
Sports
Cricket
Get Ahead
Money Tips
Shopping
Sign in  |  Create a Rediffmail account
Rediff.com  » Business » How India can bring down cost of medicines

How India can bring down cost of medicines 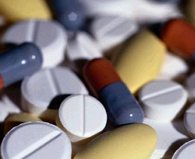 Ecuador is issuing compulsory licences to bring down the cost of patented medicine. Is India likely to follow suit? Latha Jishnu analyses.

Latin America never fails to surprise. Its unfettered cultural verve, its political poets and working class heroes who invest their democracies with extraordinary dynamism are part of the constantly evolving political ethos of the region.

That is something the world is more or less familiar with; less known is its radical attempts to redefine intellectual property rights (IPRs) in a more humane framework.

First, it was Brazil which showed the way under Luiz Inacio (Lula) da Silva, the charismatic trade unionist who is now about to end a path-breaking two-term innings as president. Lula has done much to spur new thinking on the inequitable IP regime in pharmaceuticals by talking on the fearsome patent warlords in his determination to ensure that the country's fundamental right to health was not jeopardised by the high cost of life-saving drugs.

He did this by an adroit mixture of threats to use compulsory licences (CLs), the flexibility offered under the World Trade Organisation's TRIPs agreement and by actually issuing one. Nothing has had a more salutary effect on drug pricing than the Lula strategy.

That strategy is being taken up by other players in Latin American - and in even more radical ways. Last October, Ecuadorian President Rafael Correa signed a decree that would allow the country to issue CLs to ensure access to affordable medicines.

In that decree, Correa declared access to essential medicines as a public right, basing his decision on Article 31 of the TRIPs Agreement and the Ecuadorean Constitution.

Depending on which side of the IP divide you view the decree from, Correa can emerge as either crazy or a daring politician.

Who exactly is Correa and what prompted him to issue this amazing decree? One of the more interesting facts about Rafael Correa is that he is an economist - and an economist with a doctorate from a Belgian university. His doctoral thesis was focused on the consequences of orthodox, market-based reforms and how these have increased inequality in Latin America by hampering its development.

Correa, a man who pulled himself up by bootstraps, is keenly aware of the poverty of his countrymen and is even keener to ensure that the fundamental right to health and medicines is not blocked by an incomplete understanding of global IPR systems.

Correa, as he makes it clear, is only using the flexibilities available in the WTO rules. Two weeks ago, on April 14, after ensuring that all laws were in place, Ecuador issued the first CL for Ritonavir, an antiretroviral drug used to combat HIV/AIDS to a local company, Eskegroup. Interestingly, Eskegroup is the local distributor for Cipla, the stormy petrel of India's generic drugs industry.

This is the first CL and more are expected in coming days as Ecuador tries to cut the cost of its soaring health care bill. Analysts say the Ecuador example could be widespread across Latin America once the savings in health care costs are toted up.

Cut to India, where the mere mention of CLs makes the authorities markedly nervous. Despite repeated demands from health policy experts and activists, the government has set its face against establishing a committee to examine the issue of CLs.

Instead, it thinks a committee to negotiate prices with patent-holders is a better bet, although all evidence points to the contrary. However, a recent move by the Patent Office asking patent-holders and licensees to furnish information on whether their patents were being worked has set off ripples of speculation if India is re-examining the issues of CLs. The rumbles so far have emanated from patent attorneys in the pay of drug giants.

The speculation has arisen in the wake of the December 24, 2009 move, reminding patentees and licensees to file the mandatory form on the working of their patents. They have to furnish details of the patent's commercial use in India after the third year of the grant of patent. Commercial working of patents in India is a mandatory requirement.
If not, the patent could be taken up for compulsory licensing or could even be revoked.

But is India ready to bite the bullet on CLs? It seems unlikely given the widely prevalent notion in government that CLs can be issued only in the case of national emergencies, although the law clearly states that patents should not impede the protection of public health or in any way prohibit the Central government from taking measures to protect public health. Besides, medicines have to be made available at affordable rates under the law.

With the deadline for filing the information having ended on March 31, all attention is now centred on what the Patent Office will reveal in coming days.