Budget: The best vs the good

A good deal of interest in the Budget that will be presented to Parliament on Monday, will be focused on what exactly the finance minister says with regard to the implementation of the goods and services tax. 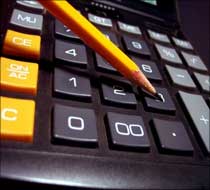 P Chidambaram, when he was finance minister, had promised that the new, integrated tax would be introduced by April 1, 2010 -- a deadline that faces many challenges because of inadequate preparatory work.

While the time frame may therefore be pushed back by a year, the debate on various aspects of the new tax regime has begun in earnest. Prominent among these is the question of whether there should be two sets of rates (one for the Centre, one for the states) or a single rate, the revenues from which would be shared between the Centre and the states.

The Business Standard debate published last week carried the views of two acknowledged experts on the issue, who expressed diametrically opposite views. The view in favour of a single tax emphasised the huge efficiency gains that would emerge from the hhange, making both compliance and enforcement far less expensive.

The view against it was predicated on the institutional challenges that it would face, which would require significant Constitutional amendments to address.

The pragmatic question to ask is: even with all the constraints in place, does a transition to a dual GST system make sense? The simple answer to that is it does.

The simplification and, consequently, efficiency gains that will be achieved by merging the several taxes that prevail, at the state and central levels, are a strong argument in favour. But the more compelling case is to be found in the self-enforcing nature of such a tax.

As has been quite evident from the experience with the value added tax at the state level, tax credits make it more attractive for anybody who is paying taxes to deal with someone who is also paying taxes.

Thus, businesses that are not in the net have some incentive to get into it. As the coverage of the tax widens, a "network externality" emerges; the disincentive to stay out of the net increases exponentially.

A GST administered with reasonable efficiency will make a significant contribution to addressing the basic fiscal problem of a lower than desirable tax-GDP ratio.

A national system with a single rate would be great, but a dual system is perfectly acceptable. Let the best not be the enemy of the good.

The issue therefore is implementation and the many challenges that even a dual system would face. In a recent address, Vijay Kelkar, chairman of the Thirteenth Finance Commission, has listed several of these and emphasised the fact that, ultimately, success would depend heavily on co-operation and collaboration between the states and the Centre.

He has also given the reassurance that the Commission could provide compensation to states losing revenue as a result of GST's implementation, as Chidambaram had done in his 2004 Budget to induce states to implement VAT.

There is really no case for hesitancy now. Pranab Mukherjee must set the ball later this morning.