Noise, water pollution must be checked

Billions of rupees spent on river cleaning programmes have gone down the drain. This situation cannot be allowed to continue, says Business Standard. 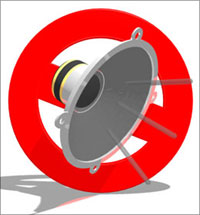 After getting tough on air pollution, the government is now focusing on noise and water pollution. This must be welcomed.

The Central Pollution Control Board has expressed its intention to install noise governors on instruments and equipment that multiply sound to reduce noise pollution. Like the speed governors in vehicles, noise governors embedded in instruments that create noise can help keep the sound level within permissible limits.

As a follow-up measure, the CPCB plans to manage the national ambient noise monitoring network being set up by the environment ministry. This infrastructure, meant for noise mapping of the country, is expected to be in place in about five years.

Studies in selected mega cities place Delhi on the borderline in terms of noise pollution, with an average sound intensity of 80 db. Other metropolitan centres that are well above the danger-mark include Kolkata (87 db), Mumbai (85 db) and Chennai (89 db).

Vehicular noise, including the use of unduly loud and harsh-sounding horns, is a major contributor to noise pollution. But there are other sources too, including the unrestrained use of loudspeakers.

A second major issue of public policy concern is water pollution. The degradation of water quality is also a source of many health problems people increasingly face.

The discharge of untreated urban sewage, industrial waste and dumping of refuse has polluted major rivers across the country. Cremation and the disposal of leftovers of religious rituals on river banks have also become an important water polluter. Civic bodies and industries are the main culprits for discharging untreated sewage in water bodies.

It is generally believed that hardly 10 per cent of the waste water, including that carrying sewage and industrial discharges containing highly hazardous substances, is suitably treated before being let out in the rivers, the sea or other water bodies.

The Yamuna remains a river only till it enters the National Capital Region. After that it becomes a drain. Its water, which emits an unbearable stink, is unfit for any human use, let alone bathing and drinking, without meticulous treatment. Most aquatic fauna of this river has perished because of the decline of the water's oxygen content.

Thousands of crores of rupees spent on various river cleaning programmes, including the flagship Ganga Action Plan, have virtually gone down the drain with hardly any improvement in the quality of water. This situation cannot be allowed to continue.