Regulatory failure in the financial sector

It is widely recognised that financial intermediation is essential to the promotion of both extensive and intensive growth. Efficient intermediation of funds from savers to users enables the productive application of available resources. 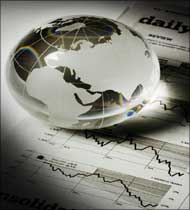 Thus, development of the financial system is essential to sustaining higher economic growth. All this is common knowledge. However, in the wake of the international financial crisis, some questions have been raised whether the unfettered development of financial markets and products is good for the economy.

It has been argued that not all financial innovations are welfare-augmenting. The current international financial crisis has thus raised several important concerns about banking development and the regulation of the financial sector.

What stands out glaringly in the current international financial crisis is regulatory failure. The failure was two-fold. First, some parts of the financial system were either loosely regulated or were not regulated at all, a factor which led to "regulatory arbitrage" with funds moving more towards the unregulated segments.

Examples of "soft-touch" regulation are investment banks, hedge funds and rating agencies. Second, there was imperfect understanding of the implications of various derivative products.

Rating agencies in the present episode were irresponsible in creating a booming market in suspect derivative products. Quite clearly, there was a mismatch between financial innovation and the ability of the regulators to monitor them.

The regulatory framework should cover all segments of the financial markets. The rigour of regulation must be uniform among all segments to avoid "regulatory arbitrage";

Systemically-important financial institutions should receive special attention. Apart from additional regulatory obligations, such institutions may be required to conform to stricter and enhanced prudential norms.

Large institutions having operations across countries may require coordinated oversight of regulators of different jurisdictions. In fact, there is a proposal to prevent financial institutions, particularly banks, from growing beyond a certain size so that the dilemma of "too big to fail" can be avoided. It is not clear at this point how practical this will be.

Institutions may be required to set up buffers in good times to be drawn down in bad times. This may entail varying capital adequacy and provisioning requirements according to the phase of the business cycle. They may be allowed to rise and fall with the business cycle.

Excessive leverage in banks may be contained through additional supplements to the risk-based capital ratio.

Most countries are convinced that the reform of the regulatory structure along these lines is very much needed. However, there is no consensus on measures such as levying a tax on financial transactions.

There is also no consensus on whether the financial system should have a single regulator or multiple regulators. The recent experience does not provide an unique answer.

The basic motivation for inducting new financial products is to improve customer satisfaction. A question that is being asked increasingly is whether the financial sector today is inherently more volatile and vulnerable than before.

The very factors that have contributed to the growth of the financial sector may well have contributed to increase fragility. Close interdependence among markets and market participants has increased the potential for adverse events to spread quickly. They have increased significantly the scope for and speed of contagion.

We are living in a world of uncertainty. Customers need to protect themselves from the volatility in exchange rates and interest rates. Appropriate hedging mechanisms are, therefore, needed.

It is the function of an efficiently organised financial system to provide these instruments. It is wrong to argue that the economic growth seen by the industrially-advanced countries in the recent period, particularly in the last decade-and-a-half, has not been helped by the improvements in the financial markets. But excesses in any field have their own dangers.

There is no argument that the regulatory regime needs to be restructured to make the banking system sounder. Excessive risk-taking and leveraging by banks need to be discouraged by appropriate regulatory measures or controls.

Of course, there is the larger question whether the financial sector is growing at a rate disproportionate to the growth of the real sector.