Why the coming Budget is very significant

The time has come to seize the opportunity and convince investors that UPA means business, says Akash Prakash. 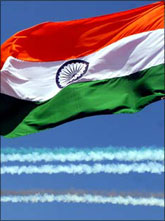 The Budget to be presented on February 26, 2010 is one of the most important economic documents the United Progressive Alliance government will present in a long time. Over the past five years, though important, Budgets have not had the potential signalling impact that this upcoming event has acquired.

First of all, this upcoming document has come to be seen as a litmus test by foreign investors on the seriousness of the new UPA government to move ahead on structural reform.

There can be no more excuses; the finance minister got away last time by citing the limited time available to present Budget 2009. He deflected the need to present a credible game plan to bring the fiscal deficit under control, citing the pending (at that time, but since submitted) 13th Finance Commission report.

The policy-makers talked of doing reform throughout the year, and not bunching it all up in one Budget document; well, that bluff has also now been called over the last nine months.

Investors want to see intent on policy reform, willingness to bite the bullet and take some hard decisions as well as awareness that we have a serious fiscal problem.

Nobody wants to see yet more committees set up, lip service to how this deficit is unsustainable, but no action.

The minimum investors will want to see is a credible plan to cut the fiscal deficit, which actually leads to structural changes on both revenue and expenditure side.

Can there be movement on things like the Parikh committee report, a nutrient-based subsidy framework for fertilisers, further targeting of food subsidies? On the revenue side, will we get a credible date and structure for the GST, where are we on the direct tax code?

Attempts to bring the deficit down by recasting the GDP data, and assuming high growth rates will not cut it. Investors will, in my opinion, not react positively to a deficit-reduction plan which is in effect a simple and blind bet on high growth.

This is seen as too risky, as any slippages in growth for whatever reason can have very serious fiscal and economic consequences.

The importance of these structural issues is due to the need to cut the deficit and yet not harm growth. Structural reform like GST is so critical, as it will plug revenue leakages and thus boost growth, corporate profitability and economic efficiency simultaneously. Similarly, with the direct tax code, one has the chance to clean up exemptions, raise effective tax rates and improve productivity and efficiency.

The fear with cutting the fiscal deficit in OECD countries is the huge economic cost, as already weak growth impulses will get further crushed. India has a unique opportunity of being able to streamline and improve its tax structure, which will generate strong revenues and boost growth.

Cutting the fiscal deficit in India's case does not necessarily have the negative economic consequences of the OECD world. Our tax structure is warped enough, so that, if improved, it allow us the opportunity to fundamentally strengthen the economy.

Investors have cut India a lot of slack on the deficit, partly due to global circumstances -- when the whole world is running double-digit deficits, why single out India -- not realising, of course, that our double-digit deficit has very little to do with the global financial crisis, and everything to do with our own structural problems.

High growth and the admittedly-credible resilience of the Indian economy in 2008-2009, when the world was imploding, have also taken the focus off other structural issues like the fiscal. Investors are, however, a fickle lot, all you need is a surge in the oil complex, or a Greece-type situation to remind everyone of India's macro vulnerabilities.

We have already gone through a bout of this in 2008-2009, when our current account position came into question with oil prices surging past $125. We are too dependent on external capital to let this happen again. Even though we fully fund our deficit internally, external capital is important to fund incremental growth.

I already detect a lack of patience now building up, investors want to see action. There is nervousness among the investor base, given the events of the past few months.

The 3G auctions seem to be delayed once again, with absolutely no visibility on timing, so that is Rs 30,000 crore gone. The GST implementation is also delayed and caught in procedural and state-level issues, with again limited visibility towards time frame. The government remains committed to new social sector programmes like the Right to Food Bill, thus expenditure pressures continue.

The NTPC follow-on public  offer was not particularly encouraging either, having been effectively bailed out by certain large public sector investment institutions. Not a particularly great start to an aggressive disinvestment programme.

Retail investors remain conspicuously absent from new equity issuances. The life insurance companies have, in effect, become the investor of last resort. They are the only institutions with enough firepower to stand up to sustained FII selling, bail out the corporate sector as we saw in 2009, or even support the government borrowing programme.

One can only hope that no legislative changes are made which seriously impact flows into these institutions.

A strong and credible policy document delivered by the finance minister is the need of the hour, it will seriously enthuse the investor base and potentially trigger strong capital inflows.

One can argue that India should not care about investors, especially foreign ones. The harsh reality, however, is that disinvestment seems to be (at the moment) the only credible plan the government has to bring down deficits, and without foreign investors, there will be no serious disinvestment.

Foreign capital providers will also be critical to ease the inevitable crowding out issues faced by the Indian private sector, as we try to simultaneously fund huge deficits and strong credit growth.

The world is searching for alternative growth engines, beyond the US and the OECD economies, and everyone wants to believe that India has a decade of 8-9 per cent GDP growth ahead of it.

The time has come to seize the opportunity and convince the investors that India and the UPA mean business.

Serious structural reform and a credible policy framework are needed to set the stage. Beyond the fiscal, one must also see policy movement on FDI and improvement in the capacity of the economy to absorb investment and accelerate supply-side response.

The upcoming Budget is a unique opportunity, we must not let it slip.

The author is the Fund Manager and Chief Executive Officer of Amansa Capital.