Bt brinjal and the politics of knowledge

A moratorium on Bt brinjal is good. But it can still turn toxic if any one technology is pushed at the cost of a multi-dimensional approach to securing our food future, says Rajni Bakshi. 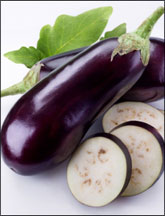 Eight years ago Bob Watson, the senior scientific advisor of the World Bank, found himself standing between two bitter opponents.

On the one side were executives of major seed and pesticide companies with their demands for a World Bank strategy that would promote biotechnology. On the other side were civil society organisations asking for a comprehensive development strategy to ensure food security.

Watson responded to this tussle by joining hands with the United Nations Development Progam, World Health Organization and other UN agencies to set up a uniquely democratic multi-stakeholder process to study what agricultural technologies will enable every person on earth to be well fed.

That investigation, completed in 2008, should have saved India's Environment Minister Jairam Ramesh from being caught in the crossfire over Bt brinjal.

Instead, confusion and conflict over our food future has intensified over the last few years. Why?

Clearly there is much more at stake here than a choice between over 98 varieties of our freely available native baingan and one genetically modified version promoted by a multinational company.

This is a battle about the politics of knowledge.

For about six decades private companies, governments and international food experts have focussed on increasing the volume of food production. Thus, any technology that gave higher output was deemed to be progress and those who challenged its side-effects or proposed alternatives which could produce as much or more at lower ecological and social costs were denounced as being regressive.

The rival approach, which emphasised actual per capita nutritional intake and ecological sustainability of agricultural technology, was marginalised.

When Watson and others brought warring parties to one table for the International Assessment on Agricultural Science and Technology (IAASTD), they made a radical departure by giving at least equal weight to the second approach.

This global team of 400 experts from different fields, including social scientists, went on to challenge the conventional gatekeepers of agricultural knowledge.

The final report of the IAASTD concluded that the business-as-usual model of prevailing industrial agriculture cannot meet the food needs of the 9 billion who are expected to inhabit Planet Earth within a few decades.

In particular the IAASTD report emphasised that food security requires a multi-functional approach to agriculture and ownership structures -- particularly protecting local knowledge systems that have been passed on from one generation to the other over millennia.

Focussing on increasing per acre production in the short run will not secure our food future.

So where's the catch? Monsanto's representatives attended early meetings but the company chose not to join the assessment process. Another major private sector stake holder, Syngenta, joined the process but resigned a few months before the report was finalised.

BASF and Unilever, among other companies, joined and are signatories to the final report. While the governments of 58 countries -- including Brazil, China, France, India, Iran and UK -- endorsed the report, the governments of the United States of America, Australia and Canada refused.

This is partly because the IAASTD concluded that there is insufficient empirical evidence that genetically modified crops produce substantially higher yields.

Some private sector proponents of biotechnology declared the IAASTD findings on biotech to be over-cautious and unbalanced.

But there were even deeper disagreements on how knowledge is produced and owned. For instance, the IAASTD's final report cautioned that if governments give more prominence to biotechnology, especially genetic engineering, this may consolidate the biotech industry's dominance of agricultural R&D.

This, in turn, could distort the content and direction of agricultural science, and affect graduate education and training, thus providing fewer opportunities for scientists to explore other branches of agricultural knowledge, science and technology that need to be explored.

Thus the IAASTD called for increases in public R & D to favour a diversity of approaches and to ensure that emerging technologies are more open source than restrictively patent controlled.

An editorial in Nature magazine noted: "The idea that biotechnology cannot by itself reduce hunger and poverty is mainstream opinion among agricultural scientists and policy-makers." Nature went on to urge that both Monsanto and Syngenta reconsider their boycott of the IAASTD -- partly because their stand would undermine public confidence in the biotech industry and in its ability to engage with its critics. The companies chose not to reconsider their stand.

Interestingly, the IAASTD report was largely ignored by mass media. That's partly why much of the debate on Bt brinjal makes it seem as though this last decade of intensive enquiry never happened.

One has to seek out the websites of various civil society organisations and scientific bodies to plug into these debates.

In the US, an activist group called 'Combat Monsanto' documents many examples of innovative agriculture, outside the corporate model, which produce higher yields while also being more ecologically sustainable and socially just.

In mid-2009, the American activist organisation, Food First, ran a campaign to oppose a bill in the US Congress which would force genetically engineered crops on other countries as a condition of receiving US aid.

The Training & Development Corporation (TDC), a non-profit think tank in the USA, is running a project to showcase locally owned food enterprises from around the globe. This endeavour aims to document successful strategies for small- and medium-scale community-based enterprises with a view to revitalising local food systems with a combination of traditional and modern hi-tech knowledge.

In India, the Centre for Sustainable Agriculture (CSA), Hyderabad, is similarly engaged in unravelling the political economy of agricultural knowledge. CSA is in turn part of a wider web-based network called Knowledge in Civil Society -- which enables an assortment of natural scientists, social scientists, activists and other professionals to engage in deep conversations about the construction of knowledge.

However, such spaces for open and fair information sharing can easily be shrunk, even closed, by any entrenched one-dimensional view. Yes, dog-fights like the one over Bt brinjal are perhaps inevitable. And yet these are ripples on the surface.

The key battle ahead is about transparency and fairness in the politics of knowledge. A process like the IAASTD is significant, and not merely for its findings: its greater achievement lies in opening up spaces -- for bringing marginal ideas out of the cold, for enabling scientists, policy makers, farmers, citizens and private entrepreneurs to constructively challenge each other in a spirit of free enquiry.

Members of the IAASTD team are the first to acknowledge that while their report has many flaws it is the only voice in this field which included legitimate voices of concern and dissent.

Jairam Ramesh must be congratulated for the well publicised and patiently conducted public hearings on the Bt brinjal matter, which created opportunities for some open enquiry. This has also prepared ground for a more intensive, public review of agricultural knowledge systems as a whole.

A moratorium 'for now' on Bt brinjal is a healthy breathing space. It could still turn toxic if any one technology or strategy is pushed at the cost of a multi-dimensional approach to securing our food future.