Get ready to face a new economic reality 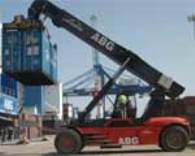 The world is going to see a new economic reality, which may not be as attractive as that of the heady years of unprecedented growth, says Arindam Bhattacharya.

The economic crisis saw global trade, which had been one of the biggest contributors to global gross domestic product (GDP) growth, contract by over 10 per cent even as global GDP fell by 4 per cent from the heady days of 2006 and 2007.

The pre-crisis global trade flows had underlined a dramatic economic, and by implication, geo-political shift taking place in the world.

In the last two decades, as the world experienced unprecedented economic prosperity, global trade grew more than five times in volume terms from 22 million twenty-foot equivalent units (TEUs) in 1990 to 122 million TEUs by 2007 - a compound annual growth rate (CAGR) of 11 per cent.

Perhaps the two most critical and intertwined drivers of this were the disruptive growth of rapidly developing economies (RDEs) driven by their huge cost advantage on the one hand, and the continued growth in consumer demand in the US economy on the other.

These two factors fed on each other and resulted in a fundamental shift in global trading patterns with Asia-related trade flows growing to more than 60 per cent of the global trade by 2007 as the world's economic centre of gravity slowly shifted eastwards.

The fall of global trade cruelly exposed the economies of many countries, both developed and developing, to the vagaries of global integration and has drawn very different survival responses ranging from "anti-globalisation" pressure in many western societies to forcing an emerging economic giant like China to change the direction of its economy and focus much more on growing the domestic market.

As the global economy recovers from its worst-ever crisis in recent times, many questions abound, not just on the future trade flow patterns, but also on the geo-political world that will emerge:

(i) Will the world return to the historical trend rates in global trade and what will be the shape of this recovery?

(ii) Will we see a fundamental re-ordering of the priorities in different countries and an emergence of new trading and political blocs with consequences for the trading environment?

(iv) Will the growing "anti-globalisation" or "economic nationalism" movement gain strength and, if yes, where? (v) Which sectors will be impacted the most?

There are many factors that create uncertainties in answering these questions which are related to global trade.

Besides the specific fallout from the economic crisis, the movement of the Chinese currency, the green/global warming movement, oil price movements and even increasing miniaturisation of products can dramatically change the economics of global supply chains and thus global trade flows.

The answers to these questions are crucial not just for planning export or international growth strategies at the firm level; they will also shape some of the fundamental assumptions underlying the economic planning by nations.

One of the ways to address such high degree of uncertainty is to develop contrasting future scenarios, understand their implications if they come to pass and then develop a set of robust responses both at the country and individual firm level. Let me offer two very contrasting scenarios.

Scenario of global prosperity
The economies of the world return to the pre-crisis path of the prolonged period of high growth. All economies flourish, globalisation continues and free trade grows, driving further economic development around the world.

Asia prospers, ultimately dominating the world economy with well-executed reforms, and growing domestic markets propel China and India to greater heights, and Southeast Asia benefits from the creation of an Asean free-trade zone.

The US, China and EU countries become much more internally focused. Trade growth occurs primarily among members of the same trading bloc (i.e., Nafta and the EU) or is based on bilateral agreements.

Global trade slows down. Lack of agreement on carbon emissions results in the US and Europe introducing stiff carbon tariffs on imports from developing nations. Europe and the US move production away from Asia so that they can increase local manufacturing, or the production is taken to near-shore locations.

China-US alliance
There is a third scenario, which on the face of it may seem implausible but is not completely improbable. This is the scenario of a "China-US alliance". In this scenario, a new leadership in the US and in China decides to make Asia-Pacific Economic Cooperation (Apec) a vehicle for building the biggest trading bloc that serves the strategic agenda of both the countries, even as Europe frustrates post-2010 negotiations at the WTO and suffers a slow economic decline. India and its firms lose out in this scenario.

Modelling the high-level impact of the scenarios shows that long-term global GDP growth could vary from 1.8 per cent to 2.8 per cent per annum over the next few decades, depending on which scenario emerges.

As a result, the growth of the global trade could vary from 3 per cent to 9 per cent per annum, and the geographical mix of trade flows (origin and source) could shift significantly to the different scenarios.

This huge variation in outcome can make or mar the economic growth plans of many nations. Developing economies like India could see their GDP growth rates getting impacted by as much as 1.5-2 per cent per annum.

Even as we face this uncertainty, there are some directional truths clearly visible. Firstly, whichever scenario unfolds, Asia will come to dominate the global economy as the key export engine for developed economies.

For example, exports from the continent are likely to rise from the current 5 per cent to 10 per cent of the US GDP in the next five-seven years. Secondly, it is quite likely that many countries in the West will see a continued demand slowdown due to the need to deleverage balance sheets and the rising saving rates.

For example, the US economy needs to repay $5.2 trillion of debt to reduce the debt level to a long-run sustainable level of around 80 per cent.

Even staggering it over 10 years could shave off a couple of percentage points from the US GDP due to the ensuing demand contraction. Thirdly, Asia will become the largest trading block in the world with intra-Asia trade alone likely to contribute as much as 35 per cent of the global trade by 2015.

The Indian economy has emerged relatively unscathed in the aftermath of this economic crisis. But several key sectors of the Indian economy, especially exports and capital flows, that had been affected are now slowly getting back to normal.

To make sure this continues in the longer term, it is critical that we understand some of these fundamental shifts that have begun to take place in the post-crisis global economic order, and also their underlying uncertainties.

As a nation, we will have to take some crucial calls on the growth of the global trade, relative importance of export-led economic growth vis-à-vis domestic markets and also the regional focus of our trade policies.

At the firm level, there is a need to build strategies to exploit the directional truths (e.g. investing in industries that are most likely to migrate capacity to Asia; include Asia as a key part of their international expansion and focus not just on Europe or the US).

Besides, it is important to develop contingency plans for the different scenarios that can be triggered by careful tracking of scenario markers.

But one thing is certain. We will face a different economic reality in the coming years and this may not necessarily be as attractive as that of the pre-crisis "Cinderella" years of unprecedented growth of global trade.

Off the beaten path in Southeast Asia