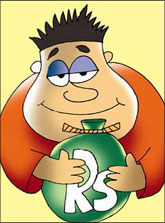 Certain key initiatives are necessary to build a greater momentum towards growth and increased penetration of the insurance industry.

Strong reforms are required to help the general insurance companies break even in intensely competitive market conditions. The recommendations are below:

In the Finance Act 2009, an amendment was made in the first schedule of the Income Tax Act under which appreciation or gains on realisation of investments are taxable with effect from April 1, 2010.

However, the wordings of the amendment suggest that both, realised and unrealised gains would be taxed.

The general insurance industry has been struggling to break even in an intensely competitive market. Such an inequitable tax would be a further burden on our severely strained bottom-lines and would most certainly impact its rate of growth.

In order to encourage general insurance players to be active participants in the capital markets, there is a requirement for specific exemption from income tax on profit on sale of investments.

From April 1, 2010, profits on sale of investments are stated to be taxed as business income attracting highest marginal rate. Alternatively, general insurance companies should be placed on par with other industries on applicability of capital gains tax provision.

It is proposed that the rate of tax for the general insurance companies be lowered from the current rate of 30 per cent inclusive of the surcharge and the cess.

There is a strong case for a level playing field for all the insurance companies with equitable rules and regulations and failure to address this issue would only be a deterrent to the growth of the general insurance industry.

Currently, the income tax department requires a tax deduction at source for all reinsurance transactions. General insurers, as part of their overall risk management, cede a part of the premium received to reinsurers including foreign reinsurers, apart from the national reinsurer (GIC Re).

Foreign reinsurers generally do not have any permanent set up in India and hence do not attract the provisions of Section 9 of the Income Tax Act (Income deemed to accrue or arise in India).

Reinsurance is a globally driven market and withholding of tax is not a normal practice anywhere in the world.

The UN Model Convention on Taxation specifically exempts reinsurance from deeming accrual of income, notwithstanding that the premium or risk may pertain to the territory of any particular country. India has, in some of its treaties with other countries, followed the UN Model Convention, which is an indication of intent with respect to taxation of such payments.

It is imperative to effectuate a suitable amendment to rule 6 of the First Schedule to exempt foreign reinsurers (where there is no business connection or permanent establishment involved) from applicability of taxation in India.

There is an urgent need to increase the threshold for the levy of service tax on policies. The present notification exempts small transactions involving premium of less than Rs 50 (except motor insurance) from the ambit of service tax.

This threshold limit, which was fixed in 1994, needs urgent revision. Small transactions involving premium up to Rs 2,500 should be exempt from service tax which will unquestionably benefit the under-privileged sections of our society.

Furthermore, insurance premium for covering small and medium enterprise risks should be exempt from service tax and for other insurance products, we would like a reduction in the service tax by at least 3-4 per cent.

Such an exemption would facilitate administrative convenience in policy processing and in the context of the low penetration of insurance, insurance would become more affordable accessible for the common man.

Service tax on health insurance should be abolished altogether as this is further deterrent for prospective health insurance customers at a time when the industry is already grappling with abysmally low levels of pan India penetration.

Abolishing the service tax will have a two-pronged effect of making health insurance accessible for the layman and enabling pan-India penetration of health insurance. If the abolition is not possible, the tax should be reduced from the present 10.3 per cent to 5 per cent.

The growth of the rural insurance industry necessitates a waiver of the service tax, which currently stands at 10.3 per cent, including education cess.

This tax disregards the plight of the rural populace, which lacks quality healthcare and is vulnerable to numerous perils, including illness, accidental death and disability, loss of property due to theft or fire, agricultural losses, and disasters, both natural and man-made.

In order to address the glaring inequities in rural health and also bridge the rural- urban divide in healthcare, these are issues which need urgent redress.

All personal lines of non-life policies such as house and household contents insurance, personal accident polices should be granted income tax exemption. Additional IT exemption for householder's policies and concessional IT rates would undoubtedly give a fillip to personal insurance and reduce the burden on the government in the event of catastrophes (CAT events).

The glaring low penetration levels of insurance necessitate a revaluation of the current regulations in order to encourage the layman, in particular the urban middle class to buy insurance.

Catastrophe reserves exempt from tax need to be established in order to encourage insurers to create such reserves. The huge thrust given of late to intensify the pace economic activity in India has also seen a great concentration of risks in the coastal areas, which necessitate a protection for these exposures.

Akin to the developed world, we too need to encourage the insurance industry to establish catastrophe reserves.