News
Business
Movies
Sports
Cricket
Get Ahead
Money Tips
Shopping
Sign in  |  Create a Rediffmail account
Rediff.com  » Business » Do forecasters ever get it right?

Do forecasters ever get it right?

Hardly ever, because none of them has a crystal ball and all of them depend on current trends, writes Abheek Barua.

The trouble with forecasting, as those of us who make a living from it know too well, is that none of us has a crystal ball. The tack that most of us follow is to use current trends and extrapolate the future. That hardly ever works. 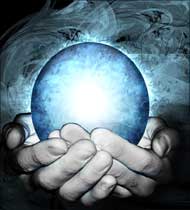 Think of what forecasters at the end of 1999 would tend to base their prognoses for 2000-09 on. Indian manufacturing was in the doldrums and there was sense that India had lost squarely to China.

The absence of supportive labour laws was seen as a major impediment to the sector's ability to scale up to global norms. The service sector was moving up the value chain but its employment potential seemed limited. Some BPO companies had started up but were seen to be largely low-end sweatshops.

The Asian crisis and the dotcom bust had taken the shine off risky investments, particularly in Asian stocks. The cell-phone had arrived but unfriendly regulation and steep capital costs meant low penetration. Calls cost Rs 4 a minute and the subscriber base was just a few million.

The fact that most forecasts for India made at the turn of the millennium were rather glum shouldn't then come as a surprise. The reports from US and European investment banks, for instance, talked of subdued returns on equity for Indian companies and a best-case growth rate of 6-7 per cent in GDP.

Stock-price forecasts were restrained and few dared to even think of the Sensex in five figures. There were a couple of exceptions though - Goldman Sachs' BRIC report, for one.

It might be useful to figure out why the majority of forecasters got egg on their face. When did trends of the late 1990s that seemed so entrenched give way to a new momentum? Why did contrarian forecasts like BRIC get things right?

Let me start with the BRIC report. The fact that it seemed to have got some of its predictions right underscores the fact that "big-picture" macroeconomic and demographic transitions (that a lot of us in the forecasting community tend to dismiss as being too abstract and "non-specific") do matter not just over the long haul but in the short term as well. Let me explain.

BRIC managed to get out of the straightjacket of extrapolation and talked about the really big shifts in the global economy that were likely in the coming decades. One of these shifts dealt with the implications of favourable demographic transition (a growing share of working age population) and growth, particularly for India and Brazil. And it was spot on!

I would argue that much of India's success, both in services and manufacturing, in the last decade was really the first instalment of this now clichéd "demographic dividend" in the from of a steady supply of relatively cheap but skilled workers.

There's fair consensus now that this positive demographic trend is likely to intensify in the new decade. The real challenge is to figure out the segments of the economy that it will impact the most.

Let me hazard a guess. For one, the "knowledge outsourcing" segment could see another phase of major expansion in this decade. India has the potential of becoming a research and development base for all sorts of low-price consumer products (say cheap cars and computers) aimed at markets like Africa, Latin America and Asia itself.

Besides, we know that both Europe and Japan have rapidly ageing populations. In 2009, Japan had an old-age dependency ratio of 35 and that will get worse. India on the other hand has a ratio of around 7.

This gap could ramp up the trade in services between India and these economies if some of the non-tariff barriers that shield their markets come down. I, for one, see the possibility of a quantum jump in health care exports from India to these regions.

A bolder forecast (and perhaps bizarre) would see fundamental changes in international labour market regulations in response to the demographic crisis. By 2019, Japan and Europe could be vying with the Middle-east as the hotspot for Indian nannies, drivers and electricians.

The second "big-picture" trend that is likely to drive the economics of the new decade is "global rebalancing". In a nutshell, it will mean that Asia will become less of an export hub and will look to supplying to its domestic markets.

Instead of Asian firms chasing the American consumer, it will be the Asian consumer who will drive global demand. As China and other East Asian countries look inward, the market for consumer goods in the region will expand. This could present huge opportunities for Indian firms given India's proximity to the region, but the competition will be intense both from local firms and American companies which bank on a depreciating dollar to get a piece of the action. Let me turn to a couple of things that really made a difference in the last decade but failed to show up on the forecasters' radar screens early enough.

The classic example is cellular telephony. I really can't think of any forecast that either predicted the spectacular increase in penetration or its impact on growth. The impact is now being quantified - McKinsey claims that a 10 percentage point increase in penetration (above a certain threshold) adds about a half of a percentage point to growth.

The dramatic increase in penetration (from about 10 million to 500 million) over the decade should teach us that new technologies can get absorbed by an economy far more rapidly than we can imagine, given the right set of regulations and a competitive market. So in trying to assess growth prospects for this decade, it is imperative to get the technology piece in place.

Are there clues we could follow? I am no expert on this, but I would tend to watch the internet usage stats closely. Internet penetration remains low (even adjusting for literacy and PC penetration) in India at about 6 per cent. China is at about 25 per cent. This could just be the new game-changer this decade.

Finally, the experience of the last decade should have taught us not to underestimate the Indian manufacturing sector. After being written off in the late 1990s, it emerged as a powerhouse.

A clever use of VRS and contract labour meant that Indian manufacturers emerged in the new decade with a leaner workforce despite clearly unfriendly labour laws. For about 1,500 manufacturing firms that I had surveyed in 2005, the ratio of wages and salaries to sales dropped from 5.3 per cent in 1998-99 to just 4.4 per cent in 2003-04.

That's a one percentage point increase in operating margins. There are new concerns about the bottlenecks - the lack of skilled labour and land for instance - that threaten to take the edge of the Indian manufacturer yet again. Indian firms are likely to find innovative solutions soon enough. That's one forecast I am sure of.

The author is chief economist, HDFC Bank. The views expressed are personal