News
Business
Movies
Sports
Cricket
Get Ahead
Money Tips
Shopping
Sign in  |  Create a Rediffmail account
Rediff.com  » Business » Whose spectrum is it anyway?

Whose spectrum is it anyway?

With the January 11-12 deadlines for mock auctions for 3G spectrum (with January 14 the day for the actual auction) passing off without any action, it is safe to assume this is yet another deadline that's going to be breached. 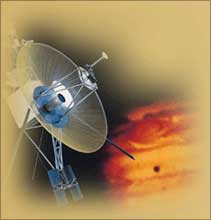 The latest, going by a draft note prepared by the Department of Telecommunications, though not approved yet by the government, is that the auction will be held on February 12.

Under the plan, the spectrum will, however, be allocated only in September since the Ministry of Defence is unlikely to free up the spectrum before then. Those waiting to bid for the spectrum, though, would be advised not to hold their breath.

Talk on 3G spectrum began over three years ago and deadline after deadline has been breached since then. The matter has been referred to the Telecom Regulatory Authority of India on three occasions, and there have been several meetings of Groups of Ministers on it, to ensure the spectrum was released by the MoD on schedule and to decide the minimum auction price.

While the last MoU signed in May 2009 between the DoT and the MoD had envisaged release of 3G spectrum last year, this has still not happened since, under the agreement, the public sector BSNL was supposed to set up a dedicated optic fibre network for the defence forces but has not yet done so.

In which case, it is very possible the February deadline may also pass - in any case, from the four 3G slots that were to be auctioned in January, the new suggestion is that just three slots be bid out, with a possible fourth only in 2013!

While this means the GoM process hasn't really helped resolve the issue, and that, perhaps, the government should have thought of involving private sector firms to set up the dedicated optic fibre networks, the larger question that needs answering is who is the final custodian of the spectrum: the telecom department, as is the case in many parts of the world, or the defence services?

It is obviously important that the defence services be given adequate spectrum, but the spectrum has to be clearly defined since there are other users for it as well. Defence cannot arbitrarily say it has the right to use whatever frequency it wishes, and whenever.

A detailed reconciliation of the spectrum used was done in 2007 and though the details were not made public, telecom firms point out this showed the defence forces were not using too much 3G spectrum.

In which case, it does appear the defence ministry is playing the heavy, and refusing to vacate the spectrum - it may very well need the optic fibre network, and the government has to ensure the network is provided at the earliest, but whether there is a link between the two is what needs to be clarified.

Perhaps the defence ministry should be asked to clarify what equipment is actually running on 3G spectrum to a select few in the government. National security is all very well, but it cannot be used as a bogey to prevent commercial development.