The paradox of India's new prosperity

The most aspirational and optimistic youth are in places that have seen the least growth and yet they are hardly turning out to vote, writes Sunil Khilnani.

Within the next decade, the average age of India's population will dip to under 30, and a remarkable four-fifths of these young Indians are optimistic about their future, and the future of their children. 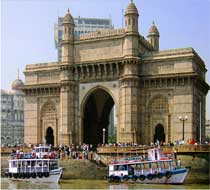 Against expectations, the most aspirational and optimistic youth are to be found in India's small towns and villages - places that have benefited least from the country's two decades of rising GDP.

And yet, these young and optimistic Indians turned out to vote in noticeably smaller numbers than other age groups. In the spring of 2009, the major political parties and several well-funded NGOs made concerted efforts to increase voter turnout for the national elections, aided by Bollywood superstars and the theme song from Slumdog Millionaire.

The result of this targeted effort was negligible. India simply does not have a "youth vote" of the sort that was organised on behalf of Barack Obama. In fact, the new nationalism of young Indians has remarkably little to do with politics. Rather, economic growth and the prospects of sharing in its benefits are driving this profound psychological shift.

The youthful disengagement from politics is symptomatic of a more general trust in economic growth, to solve our problems and difficulties. Yet this seems misplaced, especially when one considers the kind of growth that India is experiencing, and its cumulative political implications.

The fact is that India's new prosperity, in a society that is unequal but also vigorously democratic, is generating paradoxical effects: Effects that threaten a shared conception of what India is.

These fundamental strains will not be resolved by what has become the regnant economistic approach - a light-headed nationalism based on material goods. Rather, they will require a new order of political imagination and skill, the restoration of what seems to some an outdated idea: The idea of politics as the buckle and clasp of the Indian nation, the linchpin holding India's diversity - even its economic diversity - together.

It will be held together by a profound allegiance to politics - to that process of engagement, dialogue, persuasion which I would argue is at the very core of the idea of India - or it will not hold together at all.

At least three broad sorts of challenges lie ahead, all centred around the core problem of inequality. First is India's sectorally-imbalanced growth - the "precocious" expansion of services, a growth pattern that has not translated into a sufficiency of secure jobs.

So, in 2006 - a year of 9.6 per cent growth in GDP - 1 million fewer jobs were created than in 1993, when the economy was just beginning to grow. Further, the jobs that are created tend to cluster in urban areas - thus creating huge urban-rural differentials.

Urbanisation is indeed the second major challenge. By 2026, 36 per cent of India's population is expected to live in its cities: In absolute terms, that will mean around half a billion people, and there are projected to be over 70 cities with a million or more inhabitants.

Such massive human conglomerations will generate unforeseeable political problems and demands - demands certain to be at odds with the interests of the many millions who remain in the countryside.

In the cities themselves, we can expect sharpened political conflicts, with competition, for instance, over jobs turning into anti-migrant movements.

Third is the geographical unevenness of India's growth: As the already fast-growing states continue to pull away from the laggard ones, the demands of each type on the Central government will not be symmetrical - and cannot be dealt by a uniform principle of equity. Harmonising such demands will require real political skills.

A further political challenge lies in the unwieldy scale of some of India's states. By 2016, India is projected to have at least four states with populations of over 100 million (with one alone, Uttar Pradesh, approaching 250 million), and some 10 states over 50 million.

Splitting some of these administrative monsters into more governable units will raise sharp issues of political management. And, even as the resizing of these states will resolve certain problems, it will also make the Indian Union an even more complex polity.

We cannot count on the markets to solve such problems for us. The state, as well as corporate actors, will have to play more active role in addressing national inequalities, in protecting the optimism of the young, and in sustaining a sense of India as a common political project.

We will need to vigorously rethink and imaginatively expand our approach to economic redistribution and social justice. While the primary instrument of social justice -  reservations - has helped in drawing many millions into the political process, it has done relatively little to improve the economic horizons of those at the bottom of the heap. We need to acknowledge that reservations have exhausted their utility.

And, paradoxically, some of the very policies designed to mitigate stark imbalances are themselves exacerbating inequalities. Consider the celebrated National Rural Employment Guarantee Scheme.

The founding idea of India, the idea that has held us together as a nation and a society, has faced repeated challenges and contest - and has been revised over time, as it was meant to be. We are now at a point where, once more, a significant collective revision of the Indian idea is required - to address the inequalities that our very economic success is creating.

That revision will require a capacity for political judgment - the ability to connect the demands of practical action with ideas and values that give them meaning. Today in India, political skill is measured purely in instrumental terms, by the ability to mobilise and sustain the support needed to win power.

Political instrumentalism of this kind chimes easily with an economistic imagination: Like the commodities that a seller brings to a market in order to satisfy the pre-given needs and desires of buyers, the successful politician is seen, by analogy, as one who must satisfy the pre-given interests of voters.

But the challenge facing our political elites is to articulate a cogent conception of what power is for - to connect the exercise of power with an idea of its purpose. It follows that one of the core responsibilities of those who wield political power is to show the long-term effects of short-term choices; to identify the collective consequences of individual actions to uncover the systemic patterns generated by diffused centres of decision making.

In this way, the democratic process becomes a form of political learning: A continuous revision of what a society takes its interests to be. That, ultimately, is the point of insisting on the enduring centrality of politics, of a political perspective.

A more inclusive India would give the country a greater authority as it seeks a more prominent place in the world.

In a world where the wealthy and powerful are increasingly bent on protecting what they already have, a renewed political commitment to equality would give democratic and now prospering India an enviable legitimacy on the international stage. And it would do much to justify the vast reservoir of optimism among India's young.

Will 2 Public Sector Banks Be Privatised In 2022?

Much-maligned Bihar does better than Kerala