News
Business
Movies
Sports
Cricket
Get Ahead
Money Tips
Shopping
Sign in  |  Create a Rediffmail account
Rediff.com  » Business » Yet another economic shock may be lurking around the corner

Yet another economic shock may be lurking around the corner

It is likely that in the last quarter of 2010, there may be another round of convulsions in western economies. And this could hurt India too, says Jaimini Bhagwati. 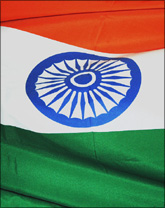 January 2010 is the first month of the year and of the decade, and there is a thriving market in making economic projections. It is evident that there has been a seismic shift in the global economy's tectonic plates.

The gradual reordering of national economic rankings over the last two decades came sharply into focus with the financial sector meltdown at the end of 2008.

Looking ahead, it is reasonably safe to predict that for the next several years, GDP growth rates in India, China and Brazil would be higher than those in the US, EU and Japan. Table-I provides projected GDP growth rates for these countries.

The accuracy of these projections could be contested and would vary, depending on the underlying assumptions. On balance, these numbers reflect a consensus that India, China and Brazil are expected to grow faster than the other countries listed in the table.

The comparatively high growth numbers for India should not make us complacent since the prospects over the next 12 months are far from certain. This article discusses the possibility of a downturn in the US stemming once again from defaults in the real estate sector, and the resulting implications for India.

Currently, one in five or about 10 million US residential mortgages are underwater by 20 per cent or more. That is, the market value of the house or apartment is at least 20 per cent below that of the supporting debt (Source: Equifax).

Empirically, this has been the single most important factor which motivates homeowners to walk away from their mortgages. Assuming that on average each home corresponding to the 10 million mortgages is worth $100,000, owners could default on about $1 trillion of debt. Defaults of this order of magnitude do not include potential defaults on $770 billion of commercial real estate mortgages which are underwater (Source: Foresight Analytics).

At the same time, indications are that US consumer spending is not likely to surge soon. For instance, the number of bank credit cards has come down from a peak of 425 million in mid-2008 to 335 million in November 2009, and credit card lines are shrinking.

Further, commercial and industrial loan outstandings have contracted by about 15 per cent in the last one year. As banks and individuals continue to reduce their debt levels, it is unlikely that consumer-driven demand can replace government spending, which may be difficult to sustain at current levels. It follows that if real estate prices were to erode any more, there is risk of a sharp downturn in the US economy.

Additionally, the crisis of 2008 has not been adequately utilised to make the required improvements in regulatory and compensation norms. Consequently, bankers may rely on short public memory and continue to depend on the Greenspan "put". The difference is that if there is a financial sector blowout in the second half of 2010, there would be limitations to which taxpayer-funded support could be provided.

Table-II details the volumes of central bank and government aid for banks till June 2009 in the US and the Euro area and November 2009 in the UK.

These were extremely generous lifelines for which taxpayers should have received long maturity call options on bank equity with strike prices at the bottom-end of stock valuations during the crisis of late 2008. This unrequited generosity has been fed by accommodating monetary policy with historically low interest rates in the US, UK and Japan.

The resulting liquidity has funded a bounce-back in stock markets around the world. For example, the S&P 500 stock index is now trading at 22 times trailing earnings, which is well above S&P's 135-year average for trailing P/E (price to earnings) of 15. There are also indications that the Chinese housing market is overheating.

Consequently, the risks for India in the next one year are: (a) sharp reduction in OECD demand which could again impact Indian exports negatively; and (b) shortage of export and other credit.

If this were to happen, Central and state government finances would be adversely affected, which could further reduce our collective appetite for reforms. In anticipation, we could take the following steps: (a) keep mopping up forex inflows and tie up optional contracts for longer-term forex credit; (b) better align oil and gas pricing to international prices; (c) push for an agreement on GST implementation timelines in the first half of 2010 when states would be less apprehensive about their finances.

Oil prices may not pose a risk as a fall in global demand could lead to softening of oil prices. However, if tensions rise in the Persian Gulf, oil prices could increase even as demand drops in developed economies.

To sum up, it is increasingly likely that in the last quarter of 2010, there may be another round of convulsions in western economies. The consequent opportunity costs for India of not having insurance mechanisms in place and pushing for reforms could be higher than usual.

We are on a trajectory to reach 9 per cent GDP growth and if we slip back to 5-6 per cent, the economic and social costs resulting from reduced means to fund employment generation could be very high.

The author is India's Ambassador to the European Union, Belgium and Luxembourg. Views expressed are personal.