No country can have better public institutions than it deserves, said Sir Chintaman Dwarkanath Deshmukh, the first Indian to be governor of the Reserve Bank of India, in an address at the Gokhale Institute of Economics and Politics, Pune, on March 20, 1948. 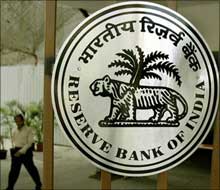 More than 60 years later, it is a speech that would be read with profit by every staffer of the central bank, every official of the Union ministry of finance and every commentator on India's monetary, fiscal and financial sector policies.

"It is not the theoretical constitution of the Institution that matters," said Deshmukh (the speech is reproduced in a special volume published by RBI to mark its platinum jubilee*), "but the spirit in which the partnership between the Ministry of Finance and the Bank is worked. The success of the partnership will, in the ultimate analysis depend on the manner in which the government desires to be served and provides opportunities accordingly."

Free India was fortunate to have had at the time of its birth a generation of great men. It is moot whether it was in the nature of the times that ordinary mortals became larger than life leaders, or whether great leaders stirred and led the resurgence of a dormant people.

The fact is that a large number of new institutions were created, or existing ones then led, by a new generation of Indians demonstrating their leadership in a wide range of fields from science and technology to economics and the humanities. RBI was one such.

In the likes of CD Deshmukh and Benegal Rama Rau, RBI was fortunate to have had two great leaders who gave an imperial institution an Indian personality. Reading through the selected speeches of all the governors since, including HVR Iyengar, LK Jha, IG Patel and Manmohan Singh, to name some of the many iconic central bankers, one is instantly impressed by their intellect and breadth of vision.

Little wonder then that RBI remains one of the few public institutions that have survived a general decline of governance standards.

Four themes keep recurring in speech after speech selected for this volume. First, the role of monetary policy in the wider arsenal of economic policy; second, the nature of the balance that has to be struck between the imperatives of price stability and the objectives of growth promotion; third, the management of India's integration into and relations with the global economy; and, fourth, the relationship between the central bank and the central government.

After a near quarter century of distinguished leadership and a reasonably good track record on price stability and external sector management, RBI clearly lost its way in the 1970s. India was saved from the hyper-inflation of the 1970s not by the central bank but by the canny ideas of the finance ministry's chief economic advisor of the time, Manmohan Singh.

In fact, Singh earned his spurs in Delhi and attracted the attention of Prime Minister Indira Gandhi with his advice on inflation management during the Emergency period (1975-77).

At that time, RBI faced a crisis of leadership with KR Puri, the only exception to RBI's long list of distinguished governors, handpicked by Sanjay Gandhi during the Emergency to lead RBI, giving speeches in praise of Indira Gandhi - the only such example of an RBI governor kowtowing to a political leader in this 498-page volume! Mercifully, for RBI and Indian central banking, Puri was replaced by the highly regarded IG Patel.

In a 1979 speech, Patel reflected on the monetary policy dilemmas of a central bankers, saying that these arise partly "because not all the factors that influence money supply are under their control and in part because some of these factors are not easy to control anyway in the short run. And, in the absence of quick or complete control, expectations are set in motion, which make it more difficult to influence even the generally more amenable variables."

As I read randomly through this volume I wondered how the wisdom here would influence Governor Duvvuri Subbarao as he grapples once again with the four challenges that so many of his predecessors had to deal with.

That Subbarao understands the importance of the institution he heads and is instinctively loyal to central bank autonomy came through to me in an incident involving a clash of ideologies between RBI and New Delhi's North Block. As union finance secretary, Subbarao was patiently summing up the pros and cons of the views of his predecessor at RBI, which at the time were not shared by many in New Delhi.

An impatient government functionary erupted, "Who is the sovereign? Just tell them what to do!" Subbarao remained quiet but may well have conveyed the message in his characteristic soft-spoken style. Today, as he reflects on the classic dilemma of growth vs inflation, we can be rest assured that RBI will act wisely if the wisdom in the speeches in this volume has been absorbed.

Subbarao would surely be mindful of the views of his recent guru and former governor C Rangarajan who said in a 1993 speech on central bank autonomy, "The emergence of an autonomous central bank does not mean that the 'state of bliss' has arrived.

It only enables the central bank to pursue a consistent monetary policy over a long time without being influenced by short term pressures to deviate from its path. ... Monetary economics, no more than any other branch of economics, is not yet a settled science... No wonder, opinions differ among experts on when to stimulate an economy or to restrain it."