News
Business
Movies
Sports
Cricket
Get Ahead
Money Tips
Shopping
Sign in  |  Create a Rediffmail account
Rediff.com  » Business » Why we must give Trai's broadband plan a hand

Why we must give Trai's broadband plan a hand

Telecom Regulatory Authority of India's visionary plan to build India's Information Super Highway has been very carefully thought-out and needs all the support we can give it, says Ajit Balakrishnan. 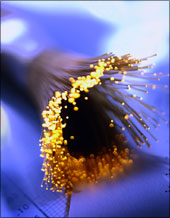 Screams of pain normally accompany the release of a Consultative Paper by the Telecom Regulatory Authority of India, but the one on Broadband released last week has been met with a deafening silence. This worries all of us in the Internet industry.

Is the silence symptomatic of Indian telecom players' and policy maker's long standing disinterest in broadband?

This, when done, will impact our economy more, much more, than even the Golden Quadrangle, that network of highways that is being built to connect our great cities.

This initiative does not come a moment too soon. For a country that has taken bold new initiatives in expanding education and healthcare and all aspects of our national infrastructure, we have treated the most important infrastructure of the modern knowledge economy, a broadband infrastructure, with benign neglect.

Part of the reason for such benign neglect is an under-appreciation by our policy makers and public about the role of broadband in a modern economy. Talk of building better physical roads or bridges and we can easily imagine what this entails and what benefits that brings. Talk of broadband and many go, 'Oh, that's what my teenage son uses to download mp3 music!'

Broadband is that but it is also much more. Broadband is what will drive electronic commerce which in turn will make our big business more efficient, and allow our small businesses to reach out to world export markets.

It is also what future-oriented companies like Aravind Eye Hospital use to deliver low-cost, high-quality medical services. It is the backbone on which high-quality school and college education can be delivered cost-effectively to our vast population.

And it is the base on which eGovernance initiatives rest.

There is also an ideological misunderstanding behind this benign neglect: many policy makers and the Indian elite may be read the wrong lessons into India's massive private-sector lead mobile phone expansion. Why not leave broadband expansion to the private sector and they will do what they did for mobile phones: raise international capital, compete with each other, bring down prices and expand the industry.

But this, as I said, is a misunderstanding. Broadband infrastructure is like a bridge or an intercity highway: costly to build and on which the financial returns may come only in 15 to 20 years.

The mobile-voice businesses get to profitability much sooner and this make private equity capital much more available for mobile voice services and very difficult for broadband data services. If the State does not build it, no one else will.

How, you may ask, have the United States and Europe done it? The answer to this is that by the time Internet came around in the mid 1990s, the high-quality copper or fibre infrastructure was already built out. All they needed to do in those countries was to build Internet services over the same infrastructure.

In India, there is next to no such infrastructure even today. Somebody has to build it.

In spite of that head start, many advanced economies are doing even more: the United States federal government has already put out $110 billion in 2004 and $350 billion in 2005 and continue to spend at similar level to bring broadband to America's rural areas.

The national governments of Britain, Australia and Japan have done or are in the middle of similar levels of spending.

Why not leave it to the mobile phone companies to offer broadband services through wireless, you may ask. After all, haven't they bid gigantic amounts for broadband wireless spectrum for this very purpose?

The answer to this is that no doubt they will, but because of the very nature of wireless broadband technology, such services will cost Rs 1,500 to Rs 2,000 a month -- excellent for the laptop toting executive but too expensive for middle class India.

For broadband to get to the 100 million households who make up 40 per cent of all households in India, we need a service which is priced no more than Rs 200 per month, not Rs 2,000 per month.

And we need this service with no ifs and no buts: no conditions that limit the amount of data you can download and no conditions on the time of day when you can use it.

Trai proposes to get there by 2014, that is, in four years from now.

Trai's grand vision is to take broadband fibre right up to 374,000 villages at a cost of Rs 32,000 crore. Trai estimates that Rs 18,000 crore (Rs 180 billion) of this is to be spent on the manual labour of digging trenches and laying the cable and the balance Rs 13,000 crore (Rs 130 billion) is the cost of fibre optic cable and telecom equipment.

They suggest that the manual labour component be done through the National Rural Employment Guarantee Scheme. The equipment cost of Rs 13,000 crore, they suggest, be met from the Universal Service Obligation Fund.

They also propose that a National Fibre Agency be created to execute this massive project. Once this core network is built, private sector companies like cable operators, cyber cafes and Internet service providers can tap into this and create a vibrant reseller market taking the service to consumer homes, schools and offices.

Rarely, has a government policy-making group set out such a carefully thought-out and visionary plan.

Let's give Trai a hand.

This article first appeared in The Economic Times.