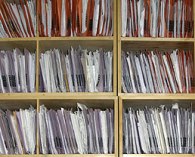 For several years now, one of America's top law schools has been spearheading a campaign here to bring about "awareness on intellectual property (IP) and create judicial interactions".

The campaign - actually, crusade is a more apt term - was launched by The George Washington University Law School (GWU) in 2004 a year before India was scheduled to enact a product patents law in compliance with its World Trade Organisation commitments.

Grandly titled, "The India Project", GWU has brought several delegations of American IP heavyweights from leading law firms, judges of the Federal Circuit (the central US court of appeal) and a clutch of academics primarily to teach Indians "the importance of IP". That's what Raj Dave, manager of the India Project, an alumnus of IIT-Khargapur who is now partner in a Washington law firm, has been saying repeatedly.

Dave has been quoted as saying that awareness created by the "India Project has helped Indians and the India media to understand the importance of IP".

Ignore the patronising attitude inherent in such statements. It could be that GWU and the India Project are not familiar with India's long history of IP protection.

The country has had a pharmaceutical product patent regime going back a long way - to 1911- till it decided, in 1970, to opt for an IP regime that was more appropriate to its development goals. But even if IP awareness had to be taken to the people once again after the 2005 amendment, why did GWU mount such a major campaign here?

The stated objective of the India Project is to "create interactions between leading US, European, Asian and Indian academics, industry leaders, lawyers, judges and policy-makers in the field of IP".

But the key goal, to quote its director Martin J Adelman, is "to work closely and cooperatively with Indian judges to ensure not just enaction but enforcement of patent laws". Adelman is an IP expert and professor of law at GWU.

So the India Project has been hosting frequent symposiums in various cities, events which are not just about creating IP awareness. Among the prominent invitees are sitting judges of the Supreme Court of India and major high courts, which is not as harmless as it seems.

These symposiums are all sponsored by big business, many of whom have a vested interest in how the judiciary is tackling the numerous patent cases now being fought in the high courts and the Supreme Court.

The 2009 symposium, for instance, was sponsored by Novartis, The Pharmaceutical Research and Manufacturers of America, which is the association of the big boys of the US pharma industry; Intellectual Ventures, a firm specialising in buying up IP rights of other companies; software giant Microsoft and chip designer Qualcomm.

The grand sponsor has been the US-India Business Council (USIBC), a lobby that which has been leading a powerful campaign against certain provisions in the Indian Patent Law.

This year's event (February 14-18) had USIBC and Gilead Sciences as the sponsors and among those attending the February conclave was the Controller General of Patents PH Kurian along with senior lawyer Amarjit Singh Chandiok who has appeared for the government in a case where Bayer has challenged a key section of India's patent law.

Sponsors, who pay hefty sums to send delegates to the events, are also allowed to make presentations, an opening that some companies have used to push their own case.

In what has come as a shock to participants at the 7th IP Summit held last month in Delhi and Mumbai is that Gilead was allowed to make a presentation on its AIDS drug Tenofovir, the patent for which has been rejected by the Indian Patent Office.

Gilead's appeal against the rejection is pending with the Intellectual Property Appellate Board (IPAB).

The presentation made by the company had this closing warning: "The licensing model - Gilead licenses its patents to generic firms - is at risk and the decision by the IPAB will send a powerful signal about prospects for tech transfer partnerships with Indian companies."

There are other disquieting aspects to the India Project, such as the moot courts or mock courts. Moot courts are used in law school to sharpen the legal skills of students who are given a specific issue to argue, but in this instance, the moot court problems are a simulation of patent enforcement issues pending in Indian courts!

But the more troubling question here is why the Ministry of Commerce and the CII are backing the India Project. The pharma industry, for instance, has been seeking some answers from the CII but has not got a response so far, possibly because the industry itself is divided.

However, Commerce Minister Anand Sharma needs to explain why his Department of Industrial Policy & Promotion is a regular co-sponsor of the IP summits. Does the ministry subscribe to the patent laws of the country or not?