News
Business
Movies
Sports
Cricket
Get Ahead
Money Tips
Shopping
Sign in  |  Create a Rediffmail account
Rediff.com  » Business » Can India be a great power in the post-Lehman era?

Can India be a great power in the post-Lehman era?

If India counts itself as a 'great power', it will have to play a role in framing and enforcing new global rules, says T N Ninan. 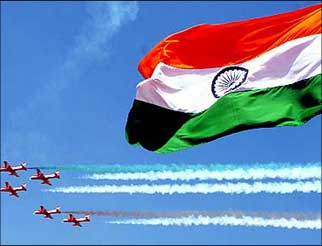 When is a new generation born? The cheeky answer is, around 10 p.m. To a similar question (when was the new world order born?), the answer would be: September 2008, when Lehman Brothers collapsed.

It has been customary in the year-and-a-half since then to talk of the global financial crisis. In truth, it was no such thing, because the crisis engulfed only a couple of dozen countries around the North Atlantic.

Countries elsewhere were affected too, but not in the same way -- and the speed with which China and India have regained their footing underlines the point.

In comparison, many of the advanced industrial countries look forward to two decades of slow growth at best, and relative stagnation at worst. The 're-balancing' of the world economy has well and truly begun.

It will take the rich countries all the way to 2030 before they get back to the pre-crisis fiscal situation, according to a paper presented at a seminar last month in Seoul, organised by the International Monetary Fund and the Korean Development Institute.

During this period, pressures to expand government spending will grow, as countries with ageing populations struggle with mounting health care and pension bills. And yet, budgets will have to be squeezed to deliver a surplus, so that the surge in debt-GDP ratios (a result of the stimulus packages of the last 18 months) can be rolled back.

That could mean higher taxes, but how do you collect more taxes when the revenue base gets chipped away, as a consequence of the very re-balancing of the global economy?

Bear in mind that the Brics scenario spelt out by Goldman Sachs in 2003 has already come to pass; in fact, Goldman has been compelled to repeatedly update its forecasts of the global shift of economic power as India and China have continuously done better than the original Brics report had predicted. This shift in the economic balance has now got accentuated in the post-Lehman world.

Martin Wolf, of the Financial Times, refers to India and China as 'premature superpowers', countries that have low living standards but huge economies. Premature or not, he suggests that Britain should give up its permanent seat in the Security Council to India.

That is not about to happen, but Wen Jiabao's defence of the indefensible, namely China's currency policy, underlines the ineffectiveness of American pressure on the rising power, even as an article in the current issue of Foreign Affairs debates how to deal with a post-nuclear Iran (thus looking forward to the United States' failure to prevent such a denouement).

Even more abject is America's apparent willingness to let Pakistan and the Taliban take over Afghanistan, after having fought a war for over eight years to prevent just such an outcome.

This is not a moment for Indians to crow about their expected arrival on the world stage, because success brings with it responsibility. For all its imperfections, the world of the last two decades was an ordered world, with generally accepted rules and a global policeman.

India has gained in this ordered world, even though it has complained constantly about not getting its rightful due.

In contrast, a post-Lehman world will see many rising powers that do not automatically play by the rules, and so the challenges are likely to be more complex -- the matrix could involve zones of influence, regional power balances and fluid coalitions, even sudden convulsions (think China).

If India counts itself as a 'great power' in the new world that is being born, it will be expected to play a role in framing and enforcing new rules. Are enough people thinking strategically in New Delhi?