Why the Foreign Universities Bill is elitist

The Bill suggests to the backward classes that 'the best from the West is not for you, the home-grown is good enough for you', says Rama Bijapurkar. 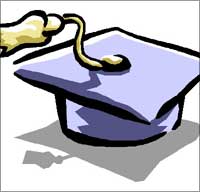 The Foreign Universities Bill is puzzling for two reasons: One, it proposes that a business operating in India can be exempt from the letter and spirit of the prevailing laws of the land on the grounds that the owner is foreign (pharmaceutical companies would love for that to be applicable to their industry too!); and two, this proposed exemption from reservations comes from a government that is otherwise very, very clear about its position -- and walks its talk -- on the inclusion of backward classes and economically-weaker sections into educational institutions.

The same government, not too long ago, demonstrated, in words and deeds, its passionate belief that everyone should have a reasonable shot at getting the best possible education -- it made haste to enable, and with an iron hand, even supervised implementation of a speedy inclusion of other backward classes (OBCs), in addition to that of scheduled castes/scheduled tribes (SCs/STs), into all institutions of higher learning.

With this Bill, it seems to be saying to the backward classes that, "Well, the best from the West is not for you, the home-grown is good enough for you."

Need-blind admissions and financial aid do not automatically solve the inclusion problem -- the Ministry of Human Resource Development has explained this to us at length several times.

Here is a sad scenario that is very likely to be played out if this Bill in this form goes through: With no price controls and reservations, and with shackled Indian competition that has not just these but other controls, like the one on teachers' salaries, foreign entrants will be able to build a viable business, offering superior quality to consumers.

Before we burst into applause about the magic of competition, let's think of all constituencies. Better quality will happen for the better classes of consumers, and the rest will have to suffer the collateral damage -- an even more depleted, poorer quality, government-shackled institutions, as the better-quality students and faculty gravitate to the new entrants.

Thus we go back to rich kid/forward-class preserves and poor kid/backward-class ghettos. As several ministers in the MHRD have repeatedly reminded us in the context of IITs and IIMs, young India deserves better than an elitist education policy that excludes most of them.

Competition certainly increases the quality and reduces prices as we have seen since 1991. But, that only happens with a free market with an intense free competition.

A government-meddled and -muddled 'free market' that is free only in parts, and governed by different laws for different players, causes the kind of swampy mess that takes a long time and several lost generations to emerge from. Young India deserves better.

Some people say that this Bill is not a big social-fabric-changing phenomenon that we should worry about, but just a small signalling favour done to a few favourite universities -- so why protest?

Either way, the principle of a government-sponsored, warped and elitist ecosystem is unacceptable. That was the spirit in which all the political parties got together and passed the OBC reservation Bill -- in fact, with far more unity and enthusiasm than seen in the case of the Women's Reservation Bill.

The perspective that this article seeks to provide will not be complete without tabling three issues: The government's relentless operational control of existing institutions of higher learning has left them in a severely weakened condition; the recent spate of several policy initiatives by the MHRD is moving in the direction of even more government control in education; improving an existing system means widespread capacity and capability improvement for the benefit of all, not the creation of a high-quality island for some.

Existing institutions of higher learning are in a very bad shape. To say to such institutions 'you too can go abroad and compete if you wish' is foolish. They are at the end of their tether, and struggle to produce the quality they do, with incredible jugaad and a few good men and women who have chosen to stay on and keep the ship afloat.

Their newest struggle is to cope with the sudden increase in scale and the pedagogical challenges as a result of the implementation of the OBC reservation.

Over time, just as there is a flight of good capital from controlled markets, there has been a flight of talent from such institutions' teaching staff, whose salaries have been severely controlled.

The honourable minister for HRD has been quoted in the press as saying that teachers don't care about more money, they just want decent housing and good schools for their kids. The fact is that like other members of their social class in India, they too aspire for one hell of a lot more.

Many of these institutions need to be unshackled, need to be mended for the damage done to them so far, and then be told to compete or die. Simpler still, if the government gets out of micro-managing them now, the rest will follow.

Perhaps some of them will even offer a 'stake' to one of the foreign entrants that want to come in.

The Bill must be amended to make businesses that seek to profit from the highest potential youth market in the world fulfil legislated social obligations.

The MHRD must see its role as one of giving direction and not directions on all manner of operational issues; and do some serious work and frame a well-thought-through policy for a sensibly and responsibly regulated free-market education with one set of rules for all.