High courts should replicate for states what the Supreme Court has done for Delhi's environment, says M J Antony. 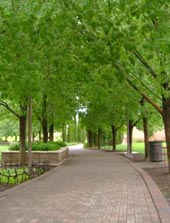 In its activist zeal, the Supreme Court has often dared to take up social and environmental problems that appeared to be insurmountable. In several instances, the result has surprised cynics.

After a decade's struggle against the automobile and petroleum lobbies, it succeeded in introducing compressed natural gas (CNG) fuel for public transport in the national capital.

Last week, a Constitution bench brought the curtains down on a two-decade-old tussle with hazardous and heavy industries that had operated in the heart of Delhi.

In 1996, hundreds of such large units were ordered to be shut down or relocate to other states, after surrendering part of their land in Delhi to make way for green belts or 'lung space'.  The court asked them to 'dedicate the land for the community'.

It was indeed a tall order and the industries had been resisting the move for the past 15 years. They had been using every legal stratagem available to get the issue reopened, or at least get fat compensation, apart from several concessions already granted by the court.

The court commented: "Some of these review petitions have been filed after dismissal or withdrawal of the earlier petitions by the very same petitioners seeking almost the very same reliefs."

The court put an end to the saga by dismissing the review petitions of some 20 large industries that wanted the recall of the order of closure or, alternatively, sought more compensation. The court granted neither in the Siel Foods and Fertilisers Industries vs Union of India case.

One of the strong arguments against the order of closure/relocation was that the court has no such blanket powers. It cannot ask property owners to "surrender" land and "dedicate" their land for the "need of the community". The proper course was to acquire land under the Land Acquisition Act or similar such laws.

However, these industries should not have come up at all in thickly-populated areas or should have been shut down long ago, according to the Master Plan gazetted in 1990. It was only after a public interest litigation petition was moved by lawyer M C Mehta that the industries and the authorities realised the gravity of the situation.

The court passed a series of orders regarding shifting, relocating and closing the polluting industries. With the assistance of a committee, it classified the industries according to the degree of ecological devastation caused by them. Most of them were told to move out of the capital and surrender part of their land.

The part of the land that was left with them was allowed to be used by the owners with relaxed floor area ratio (FAR) conditions. This did not satisfy the industries, and they continued their fight till last week when they finally lost the case. The court was categorical: "So long as the land remained as lung space/green area, there is no question of any payment to the owner as compensation or otherwise."

The long-drawn-out case provides at least two lessons. The government draws up magnificent master plans for cities but cowers before vested interests when it comes to implementation.

It required the help of the judiciary to implement the Master Plan for Delhi in this case. In the case of CNG fuel for public transport, the court had to intervene to enforce environmental standards. The Delhi authorities at one stage were found cringing for orders from the court to control vehicular pollution so that they could implement them without any political fallout.

The court could be treated as the fall guy and blamed for encroaching on the executive power. After all, judges do not call press conferences. The story repeated itself in the case of noxious industries.

Without burning its fingers, the executive succeeded in clearing the Capital of hazardous industries, thanks to judicial intervention.

The second lesson provided by these momentous cases is that they show the way for the high courts in other states to clean up the Augean stables there. The M C Mehta case, which triggered the Delhi clean-up, also had an application pointing out that Mumbai was no safer.

In fact, it faces more risks from inefficient storage of chemicals and even nuclear substances within the limits of the metropolis. But the Mumbai petition has somehow disappeared from the dockets. Neither the citizens of Mumbai nor the Bombay High Court have taken up the issue so far.

The Public Liability Act or the new-fangled Civil Liability for Nuclear Damage Bill is not even a band-aid in case a Chernobyl happens. The threat faced by other cities and towns is also substantial. But no one there, neither public-spirited citizens nor the high courts suo motu (on its own initiative) have taken a leaf from the Delhi story.