News
Business
Movies
Sports
Cricket
Get Ahead
Money Tips
Shopping
Sign in  |  Create a Rediffmail account
Rediff.com  » Business » Why this will be India's century!

Why this will be India's century! 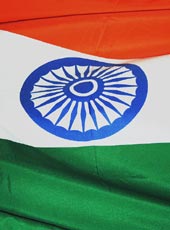 It is tempting to speculate what the future holds for India a hundred years post-independence, i.e., by around the mid-point of the 21st century.

As it happens, a February 2010 Carnegie Endowment paper titled The World Order in 2050, by Uri Dadush and Bennett Stancil, has made long-term GDP projections for the G-20 countries (available as a working draft at www.carnegieendowment.org/publications).

The principal conclusions of the study are that by 2050:

(a) China, the United States of America and India will be the three leading economies in that order, with the European Union as the fourth-largest economy if its members function as a group;

(b) Investment rates will be higher in developing countries as compared to industrialised countries and technology will play a more crucial role than capital accumulation;

(c) Western countries will continue to be the richest nations in terms of per capita income; and

(d) Absolute poverty will persist in limited areas in sub-Saharan Africa and India.

According to the paper, its GDP projections are subject to the following risk factors: (a) nuclear confrontation: (b) unmitigated rise in carbon emissions; (c) a breakdown in global economic governance; and (d) protectionism.

The study's estimates, in high- and low-growth scenarios, have been made using a standard output model based on a Cobb-Douglas production function. The lower growth numbers are expected to prevail if some of the risks outlined above were to materialise.

The projected GDP numbers for the 10 largest economies, as of 2050, are detailed in Tables I and II. GDP numbers for India and the other developing countries would be higher if these were to be expressed in purchasing power parity terms.

India's projected 5.9 per cent average rate of growth over the next 40 years would be the highest among the G20 economies, with China second at 5.6 per cent.

Of course, such long-term growth projections can be substantially off-target if there are minor deviations from the underlying assumptions. For instance, investment rates may be lower and wages in developing countries may rise faster than anticipated.

However, this study should not be categorised as an exercise in self-indulgence. It provides trend growth rates for the G20 economies and serves to flag where the world is headed, absent cross-border or country-specific perturbations.

The paper is consistent with the understanding that 2008 was a watershed year, when the world recognised the extent to which country economic weights had shifted. This was acknowledged by the elevation of the G-20 grouping to the Summit level in November 2008. As evident in the last 18 months, the capacity of large developing countries such as India, China and Brazil to weather the downturn in G7 economies has come as a surprise even to themselves.

Concurrently, as some countries were compelled to replace private debt with increasing amounts of government liabilities, there are incipient signs of disquiet at the pace at which country economic weights are changing.

The pendulum of economic growth is swinging towards large-young-population developing nations. It remains to be seen if the world can manage this correction without a rise in protectionist measures and political differences. It is conceivable that decision-making elites concerned about changes in country economic standings may consciously prefer the low growth scenario of Table II.

Obviously, India cannot be complacent, since higher growth rates cannot be sustained if there are systemic supply constraints caused by inadequate infrastructure, inefficient agriculture and shortage of skilled human resources.

We will need to stay focussed on maintaining internal security along with enhancing transparency in land acquisition and licensing of mining. At the same time, political capital has to be expended on pushing reforms in labour laws, energy pricing and banking.

The Carnegie study projects that even in 2050 about 4 per cent of India's population would be living on less than $2 a day. The comparable number for China would be 2 per cent of its population. It follows that we need to pay targeted attention to increasing employment opportunities.

We will also need to provide for those living at the margins of our urban agglomerates, since a much higher proportion of our population will be located in urban areas by 2050.

On a separate note, if India aspires to grow along the lines of this report, it would need a widening and deepening of the private sector, including a large increase in the number of small- and medium-sized enterprises (SMEs).

To move from the big picture of this report to micro issues, we need to ensure that financial and accounting statements provide an accurate picture of the company or institution concerned. As we know from the Enron, WorldCom, Lehman and Satyam episodes, to name only a few, rising prosperity does not preclude accounting and legal skullduggery.

It is important that we move the administration of the Companies Act out of a government department to a statute-based regulator. Further, the same regulator and not an industry association should be responsible for ensuring that accounting standards are scrupulously observed.

To conclude optimistically, there is every chance that if India implements the next round of reforms our average GDP growth from now to 2050 would be higher than 5.9 per cent.

The author is India's Ambassador to the European Union, Belgium and Luxembourg. Views are personal.