News
Business
Movies
Sports
Cricket
Get Ahead
Money Tips
Shopping
Sign in  |  Create a Rediffmail account
Rediff.com  » Business » Should Mumbai be made a Union Territory?

Should Mumbai be made a Union Territory?

If Mumbai has to be India's Shanghai, it should remain more open to talent and enterprise, says Business Standard. 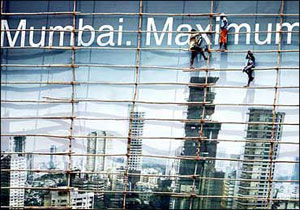 Fifty years after their formation as different states of the Indian Union, Gujarat and Maharashtra have much to be proud of. Both states are among India's developed and industrialised states. Both states have above-average human development indicators and a record of good performance across many sectors.

In the world of business and commerce, both states have distinguished themselves. On the occasion of their golden jubilee, the point has been made that at the time of their creation, there was a view that Bombay, now Mumbai, should be made a Union Territory.

It is possible to imagine that Gujarat could have had its capital in Baroda and Maharashtra in Pune, and Bombay (Mumbai) could have remained a more cosmopolitan city. Today it is difficult to turn the clock back and there is not much popular support for the idea either in Maharashtra or Gujarat.

However, as India's major metropolitan centres grow, there may be a case for re-examining the question whether some large metros should be declared Union Territories open to all Indians for purposes of education and employment.

It is easy to see a tension between the growth of regionalism and regional politics on the one hand, and the rapid expansion of increasingly cosmopolitan metropolitan centres like the National Capital Region of Delhi, the greater Mumbai, greater Hyderabad and greater Bengaluru urban agglomeration on the other.

If Mumbai is only for Maharashtrians and Hyderabad only for the people of Telangana, the process of national integration that urbanisation brings with it can be seriously threatened.

In a democracy, everyone must respect sentiments like regionalism and linguistic affinities of the people. However, an open society must also respect the right of every citizen to live and work wherever she pleases in the country.

Cosmopolitan urbanisation is a healthy trend in a diverse society like ours since it helps build bridges of communication across regions, religions, castes and communities.

If Mumbai retains, indeed strengthens, its cosmopolitan character, it will grow not just as a national city but as a global metropolis. Cities like Hyderabad and Bengaluru have benefited from the inflow of enterprise and capital from other parts of India.

New Delhi's growth is in large part due to its increasingly national character, from being at one point a very north Indian town. India's politicians and policy-makers must come to grips with the need to encourage the development of cosmopolitan metros even as they address regional sentiments and the problem of unbalanced inter-regional development.

On its 50th anniversary as capital of Maharashtra, Mumbai must wonder if its economic power has been hurt by the political chauvinism of those who speak in its name.

If Mumbai has to be India's Shanghai and if Hyderabad and other such big cities have to grow, they should remain more open to talent and enterprise, even as they remain sensitive to the needs of the hinterland that feeds and sustains them.