News
Business
Movies
Sports
Cricket
Get Ahead
Money Tips
Shopping
Sign in  |  Create a Rediffmail account
Rediff.com  » Business » Glut of MBAs: Where are the jobs?

Glut of MBAs: Where are the jobs? 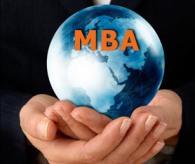 We not only have an oversupply of MBAs already, but have MBAs whose academic and experience profile actually makes them another "brick in the wall", writes Arvind Singhal.

For the last few years, every MBA placement season sees a flurry of releases from various business schools on the highest and average salaries offered to their newly minted MBA graduates.

Each year, the numbers show a rising trend, and if these numbers are to be taken at face value, India must be facing an incredible crunch of entry-level managerial talent since such compensation levels are aspirational even for mid-career professionals in other functions, such as manufacturing, or professional service providers, such as doctors and chartered accountants.

Sometime later in the year, it would be the "ranking" season when leading business magazines come out with cover stories carrying their rankings of leading business schools in India, adding further glamour to the MBA degree.

Largely unstated are the less-than-stellar overall placement records for most MBA institutes in India, including some that have made it to even the top-10 rankings.

While it may be true that finally most MBAs from the top-10 or even the top-25 ranked institutes find some job and hence they are technically "placed", it is also true that increasingly, many of them are forced to take up jobs that could be easily managed by someone with a basic graduation degree itself.

The plight of those who do not come from the top-25 institutions is probably worse. Indeed, if the glamour and the clamour for an MBA degree continue to grow as it has in the last few years, and with both public and private institutions creating capacity at the same pace as they have been doing recently, it may be an exaggeration, but just barely, that we will see legions of MBAs in the field sales force of pharmaceutical or FMCG companies, on the shop floor of retail outlets, and in different types of BPOs and KPOs.

The intake of the top-20 institutes alone has increased from 1,500 in 2000 to over 5,000 in 2009, and is poised to increase further in the next five years as more IIMs come into operation while the current top-ranked ones (IIMs and others) further expand capacity or add new campuses and programmes.

By comparison, the US (whose economy is over 10 times bigger than that of India) has about 1,000 colleges offering about 150,000 MBA seats to both US citizens and to a growing pool of international applicants.

In the entire European Union (EU), whose economy is also over 10 times that of India and which has much more diversity in terms of number of countries and businesses, there are just about 550 colleges offering about 100,000 MBA seats.

Major EU economies such as Germany, France and the UK individually offer between 8,600 and 27,000 MBA seats despite each being significantly larger and more global than India is at this time.

Making it worse is the highly flawed selection criterion of almost all Indian MBA colleges, including the IIMs. The 2010 incoming batch, for instance, has just 6 per cent women, about 94 per cent are engineers with just an isolated representative from arts stream, 33 per cent have no work experience at all and 41 per cent have less than two years of experience.

There is very high probability that even this experience profile will largely have applicants who have worked in the IT sector post-engineering and wish to make a transition out of the IT sector itself.

Harvard's class of 2010 has 38 per cent women, just 32 per cent are engineers, and over 84 per cent have experience of more than two years. ESADE (Barcelona, Spain) has 48 nationalities represented in its class of 180 students with an average work experience of seven years.

Hence, we not only have an oversupply of MBAs already, but have MBAs whose academic and experience profile actually makes them another "brick in the wall".

There are no easy solutions except that MBA colleges have to reinvent themselves and their programmes immediately before they add more capacity, and all new aspirants for an MBA programme should keep in mind that an MBA degree from even a high-ranking institute may not translate into a dream job in the near future!