Govt must talk to RBI to protect exporters' interest 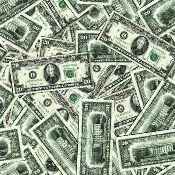 The commerce ministry must talk to the Reserve Bank of India and see how India's view can be represented and exporters' interests best protected, writes TNC Rajagopalan.

Last week, the commerce ministry released the export figures of the financial year 2009-10 that showed a decline of 4.7 per cent.

The cheerful news was that after 13 months of decline, the exports had shown positive growth from November 2009 onwards, and for March the growth was 54 per cent, helped by a low base effect and fiscal aid from the government, as well as signs of a rebound in global trade flows in 2010.

The ministry was optimistic about 15 per cent export growth in the current financial year.

The commerce ministry indicated export incentives may be tweaked to help sectors like handicrafts, leather, textiles and engineering, which have been hit hard by the economic slowdown.

The ministry seems to be of the view that the appreciation of the rupee by 4.4 per cent in 2010 against the US dollar need not affect the exporters much. But, on the impact of the financial crisis in Europe last week, the ministry appears to be closely evaluating the impact on exports.

However, what does not seem to have engaged the attention of the commerce ministry is the possibility of trade credit drying up in the export markets as a result of tightening Basel II capital adequacy norms for banks.

Last week, the International Chamber of Commerce (ICC) expressed concern that proposals to introduce a new framework to limit excessive leverage in the world's banking system may have unintended, negative consequences on trade finance, and urged the creation of a special trade finance working group to examine the problem.

Last month, ICC also released the results of a trade finance survey among 161 banks in 75 countries showing that while demand is high, access to affordable trade finance remains constrained, despite the G-20 agreement last April to support the flow of trade finance to the businesses.

The current CCF for LCs is 20 per cent and 50 per cent for guarantees. A recent Basel Committee Consultative Paper on 'Strengthening the resilience of the banking system' proposes to increase the CCF to 100 per cent for all off-balance sheet exposures, including LCs and guarantees issued by banks.

The idea is to limit the buildup of excessive leverage in the banking system.

Trade-related exposures for banks are usually short term and backed by genuine transactions for supply of goods and services. So, these are not sources of significant leverage that can contribute to fluctuation in asset prices. So, the proposals to raise CCF to 100 per cent for all trade and transaction-related contingencies for the purposes of calculating a leverage ratio is unjustified, says ICC.

If the recommendation goes through, banks may well prefer to achieve higher yields with non-trade products, adversely affecting the flow of trade credit. Consequently, where the leverage ratio becomes the "binding constraint", banks may choose to increase the cost of providing trade products; or only selectively offer these products to customers, says ICC. In turn, this could worsen the impact of well-known market constraints on global trade.

The commerce ministry must talk to the Reserve Bank of India and see how India's view can be represented and exporters' interests best protected.