What is at the heart of the Greek crisis? What are the important lessons for India? Based on a fairly close reading of the international press, it has been surprisingly hard to answer the first of these questions, in a way that helps address the second. 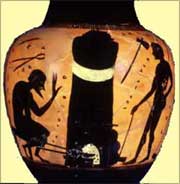 The crisis first erupted in late 2009, when the incoming socialist government revealed that its predecessor had understated the country's fiscal deficit. As jittery financial markets took fright, attention shifted to other areas: the overall size of the country's sovereign debt and the rigidity of its nominal exchange rate given its membership of the eurozone.

As a coordinated policy response has been fashioned, including exceptional access to the resources of the International Monetary Fund, there has been considerable criticism of the burden-sharing between the official and the private sector envisaged in the programme.

Banks holding Greek debt are not being asked to suffer write-downs; indeed, Greece is expected to emerge from its three-year programme with the IMF with an even higher ratio of public debt to GDP.

There is criticism that the fiscal adjustment being imposed on Greece condemns it to unsustainable economic stagnation, and is merely postponing an unavoidable restructuring of its sovereign debt. There is also criticism of the asymmetry of the adjustment being imposed on Greece, particularly by Germany which is unable or unwilling to alter a growth model that depends on its running substantial export surpluses.

Many of these critiques, however, lack conviction. As has been frequently pointed out, Japan has systematically sustained much higher sovereign debt levels than Greece, with a decade of slow growth. Yet it has not (yet) suffered a sovereign debt crisis. Both Belgium and Italy, which are also countries with chronically high stocks of sovereign debt, too have managed to soldier on for decades.

More recently, in response to the global financial crisis, and still within the eurozone, Ireland has voluntarily committed itself to a severe fiscal adjustment with consequent implications for its growth prospects. It was on the way to regaining credibility and being rewarded by the financial markets before it was hit by the contagion spreading from Greece. Outside the eurozone, Latvia chose to impose a punitive deflation upon itself in order to avoid breaking its link with the euro.

One needs to remind oneself that the essence of the Bretton Woods arrangements that served the world economy so well in the two decades after the Second World War, was to maintain agreed par values (exchange rates) as far as possible, as an anchor of both domestic and international monetary stability.

There is no "ideal" nominal exchange rate regime. One important reason for Greece's travails is the conviction in the financial markets that its political system does not have the same capacity as Ireland to force through the necessary economic adjustment.

The lessons for India of this Greek drama are more prosaic, but nonetheless important. Although it has not been particularly remarked upon, there seems to have been a basic failure of both public and external debt management, one that also seems to have caught the ratings agencies unawares.

Greece suffered the misfortune of needing to roll over large amounts of its sovereign debt at a time when the private markets closed down for it. This is the phenomenon of the so-called "sudden stop" which has been extensively analysed for emerging markets.

As a member of the euro area, Greece apparently believed that it was immune from this risk. As T N Ninan has observed, this view was shared by the ratings agencies, which continued to classify the country's debt as investment grade not long before declaring it as junk.

Out of long experience, India has developed multiple instruments and defences to guard against these debt management risks of particular importance given its relatively high stock of public debt. (External debt remains manageable in aggregate, although maturity management requires continued vigilance).

These measures include restricting sovereign market borrowing to rupee instruments; capping the access of foreign institutional investors to the local debt market; imposing heavy portfolio requirements on a broad range of financial institutions (banks, provident funds) to ensure a market for government debt; restrictions on amount and maturity of overseas borrowings by corporate entities and financial institutions via the regulations covering external commercial borrowing; regulation of outward capital movements; and finally the accumulation of a large stock of foreign exchange reserves.

The Greek crisis serves as a salutary reminder of why these controls were instituted and the care that is needed as we exit from them as part of financial liberalisation. It is fervently to be hoped that this body of experience transfers intact when debt management moves from the Reserve Bank of India to the Ministry of Finance.

A second lesson is the importance of avoiding default. India gained huge credibility in the markets in 1991 when it went to the extreme step of pledging its gold reserves rather than call a moratorium on its debt service. India's aversion to inflation and its relatively high domestic interest rates have equally meant that domestic holders of government debt have also not been dispossessed.

As Ken Rogoff of Harvard has noted (based on extensive research on sovereign defaults jointly with Carmen Reinhart of the University of Maryland), it can take up to a century to establish confidence and credit as a sovereign borrower. Accordingly, I find the calls for debt restructuring glib and short-sighted, even if a serial defaulter like Argentina appears not to have paid a high price in the short run for its misbehaviour.

The third lesson is that, when the chips are down, there seems to be little alternative to austerity. Smarting from the criticisms it encountered at the time of the Asian crisis in 1997, the IMF has attempted to tone down the harshness of its conditionality, particularly on fiscal adjustment. Yet in the Greek case, the judgment seems once again to be that there is no prospect of restoring financial market access without a Draconian fiscal programme.

Finally, the crisis does support the caution exercised by the RBI Governor in his April policy statement. As I remarked in "Monetary policy: The new normal" (April 13), the world economy is not out of the woods. External demand is likely to remain sluggish. Concerns about overheating, therefore, remain premature, despite the headline inflation numbers.

The IMF, Greece, and 'immoral hazard'