Why Roche lost a patent battle in India 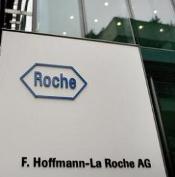 The Valcyte case is vital as it bars incremental innovation and recognises the right of patient groups to oppose patents, says Latha Jishnu.

Patent challenges may be routine and as frequent as milestones in the legal highways of the developed world.

In India, where the patent laws are just being tested, lawsuits are significant because almost every case that is being fought by different players - drug multinationals, generics manufacturers and patient groups - raises questions of a fundamental nature.

In the high-profile case battle over Roche's patent for its anti-viral drug Valcyte (generic name: valgancyclovir hydrochloride), the basic issue was not just the validity of the patent for a new form of a known drug but the more fundamental question of the right of patient groups to question the grant of patents that are bad in law.

After winding its way through the overburdened Indian legal system and the equally strained working of the Intellectual Property Office, the Valcyte patent was nixed by the Chennai Patent Office - almost three years after it was granted by the very same office.

The saga of Valcyte - there is no guarantee that the story has ended since it is possible that Roche will challenge the revocation - is interesting for manifold reasons.

In June 2007, the Swiss drug giant Hoffman-La Roche was granted the patent on Valcyte by the Chennai Patent Office on an application it had filed in July 1995, without hearing the arguments of public interest groups, the Indian Network for People Living with HIV/AIDS and the Tamil Nadu Networking People with HIV/AIDS.

If this cast a shadow over the process of granting patents, storm clouds were building up on another front. Immediately, after Roche got its approval, the patent was challenged by four Indian drug companies, Ranbaxy Laboratories, Cipla, Bakul Pharma and Matrix Labroatories, along with three patient groups.

To understand why HIV/AIDS patients are so interested in Valcyte, here's a little background on the drug. Used primarily to treat an infection in organ transplant patients, Valcyte is widely used by AIDS patients and helps prevent blindness and death in such people.

But like many such branded drugs which offer the only treatment for certain medical conditions, Valcyte is extremely expensive.

According to the international medical humanitarian organisation Médecins Sans Frontières (MSF), the price is as high as $8,500 (Rs 3,82,500) for a four-month course in high-income countries; for a standard protocol in India it is approximately $5,950.

MSF says that in December 2006, it approached Roche for a discount, but even the "discounted" price was so high that "some MSF AIDS projects opted out of providing this treatment for the cytomegalovirus or CMV".

Should the high costs of an innovative drug be any reason why a patent should not be granted? The crux of the matter is that Valcyte is a variant of an existing drug.

Leena Menghaney, MSF's campaign co-ordinator in India for access to drugs, points out that Valcyte is the new form of drug that was invented in the 1980s, being an ester of an existing intravenous anti-viral drug, gancyclvoir.

This was administered mostly to HIV patients through injection. To make the drug easier to use as oral medicine, Roche developed the ester of gancyclvoir which resulted in Valcyte.

The Valcyte took an interesting turn when Cipla, the stormy petrel of the Indian drug manufacturers, went ahead and manufactured a generic version of the formulation, called Valcept, saying the patent was not valid.

Roche then filed a patent and trademark infringement suit against Cipla in the Bombay High Court, which ruled in favour of Roche on the trademark aspect and directed the Indian company to change the name of its generic drug.

Roche then approached the Supreme Court but did not get comfort here since the Bench dismissed the petition and asked the Swiss manufacturer to await the outcome of the post-grant opposition being heard by the Chennai patent office.

That verdict which was announced last week went against Roche because the assistant controller of patents and designs S P Subramaniyan concluded that Valcyte had failed on the innovation parameter. How did the Chennai patent office revise its own decision of 2007?

The reason is that patents are being granted without proper examination, and for obvious reasons. Not only are the four understaffed patent offices in the country working under tremendous pressure, there is also the impression that examiners lack the required expertise in some cases. The result: a series of patent challenges that have landed in the courts and the appellate board of the patent office.

Patient groups and their lawyers have been rapturous in their response to the patent office's finding since it formalises their right to challenge patents as "person interested" under the patent law.

Equally important is a firm message that India will not permit incremental drug innovations that lead to the ever greening of patents. Yet, some issues remain fuzzy. While product claims have been rejected, the process claims remain. But some analysts say this of no significance since process claims are not such a hurdle for generic companies.